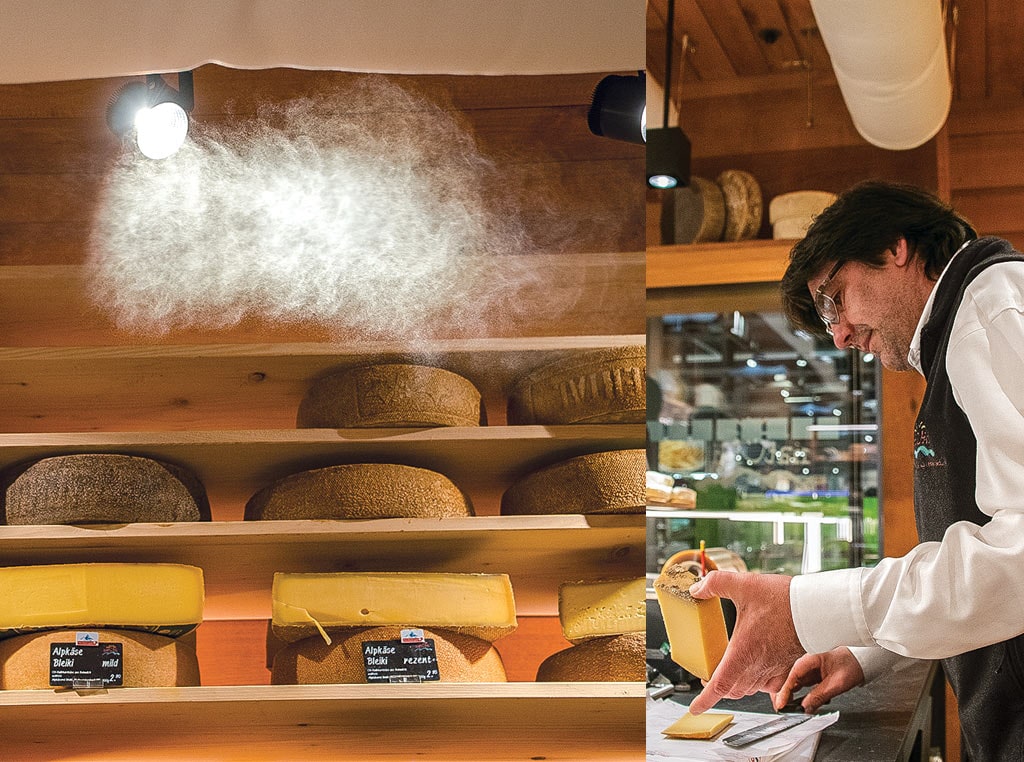 Small, local cheesemakers have made a big impression on shoppers in Switzerland, where 12 custom-built, climate-controlled rooms across the northern half of the country welcome cheese lovers to a cave of wonders. Packed with more than 200 cheeses, the cheese humidors are a direct marketing vehicle for Natürli Zürioberland, a cooperative of farmstead cheese producers from the highlands outside of Zurich.

“All the cheese you can see here is from small, family farms,” explains Beni Manser, a Natürli staffer who manages the humidor in a Coop chain grocery store in Basel. “The organization takes the cheese and markets it—it’s a source of direct marketing for smallholder families.”

The cooperative’s marketing is a powerful force for members, amping up the reach and value of their cheese. Manser says Natürli members receive 0.9 Swiss francs (99 U.S. cents) per liter for their milk, compared to the national average price of 0.5 francs (55 cents per liter, or $24.20 per cwt).

Each wood-paneled cheese humidor is built in a major grocery store or food department, creating a fashionably mood-lit oasis where craft cheese is celebrated.

Wheels of cheese sit bare on wooden shelves, maturing slowly in the carefully maintained humidor environment, much as they would in any of the countless cheese caves and aging cellars around Switzerland. Conditions are steady at 15 degrees C (59 degrees F) and 94 percent humidity.

Showcase. Natürli built its first humidor in 2014 in the upscale food section of a historic Zurich department store at a cost of about 1 million Swiss francs ($1.1 million). Manser says construction has become more cost-efficient—the Basel humidor was completed in October 2019 for about half that amount.

The cheese humidor program is a showcase for cooperative concepts and a strong buy-local ethic. The Natürli cooperative worked in partnership with the Coop supermarket group, which is itself a cooperative. The supermarket owns the humidor and the cheese inside, says Manser, and Natürli provides the expert staff.

Free-for-all. In the U.S., gourmet cheese marketing is more of a competitive free-for-all for small cheese makers. Many small creameries rely on restaurant servers or retailers like Mélodie Picard of The Oregon Cheese Cave in Phoenix, Oregon, to introduce them to consumers.

“I’m a matchmaker for cheese,” says Picard, cheerfully quizzing customers about what they like and guiding them to local gems.

“With the shuttering of restaurants, small cheesemakers lost 60 to 70 percent of their business,” says Stephanie Skinner, founder of Culture, a cheese magazine.

Victory Cheese. To help save small producers, Skinner, Molly Browne, and dozens of industry professionals founded Victory Cheese. Inspired by backyard victory gardens that stocked families’ larders during World War II, Victory Cheese is a volunteer-driven campaign to boost small-maker cheese sales one $50-to-$100 assortment at a time. Each Victory Cheese box is a local effort.

Skinner figures 130 to 150 guilds, makers, and retailers created and sold Victory boxes between the project’s June launch and Christmas. Cheesemakers bought from their industry friends to compile local collections. Celebrity chefs like Marcus Samuelsson and Andrew Zimmern curated boxes. Martha Stewart and the cast of The Today Show talked them up. And small producers got a second chance at surviving the crisis.

“I think it got so much attention because it was not a humble, sad message, but that this is an important part of the American landscape. It is actually a driver in rural America and something we all love. It is a worthwhile thing to support,” Skinner says. 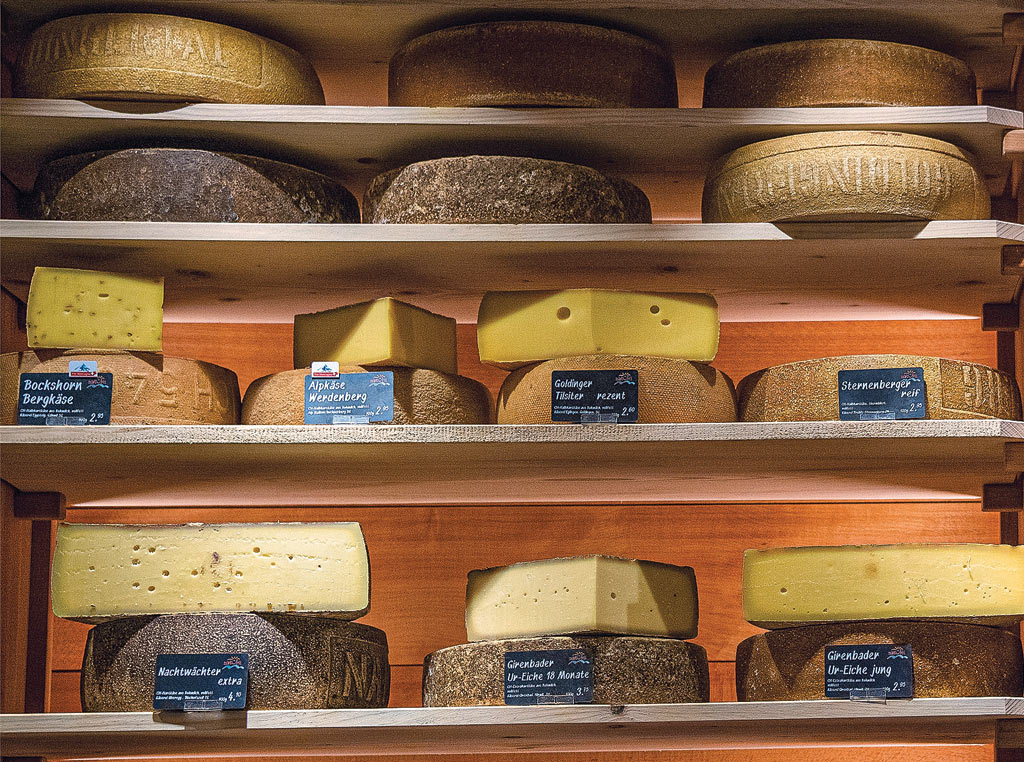 Each humidor features cheeses from about 30 family farms around Zurich. Even the wood for the room's panels was harvested in the region.