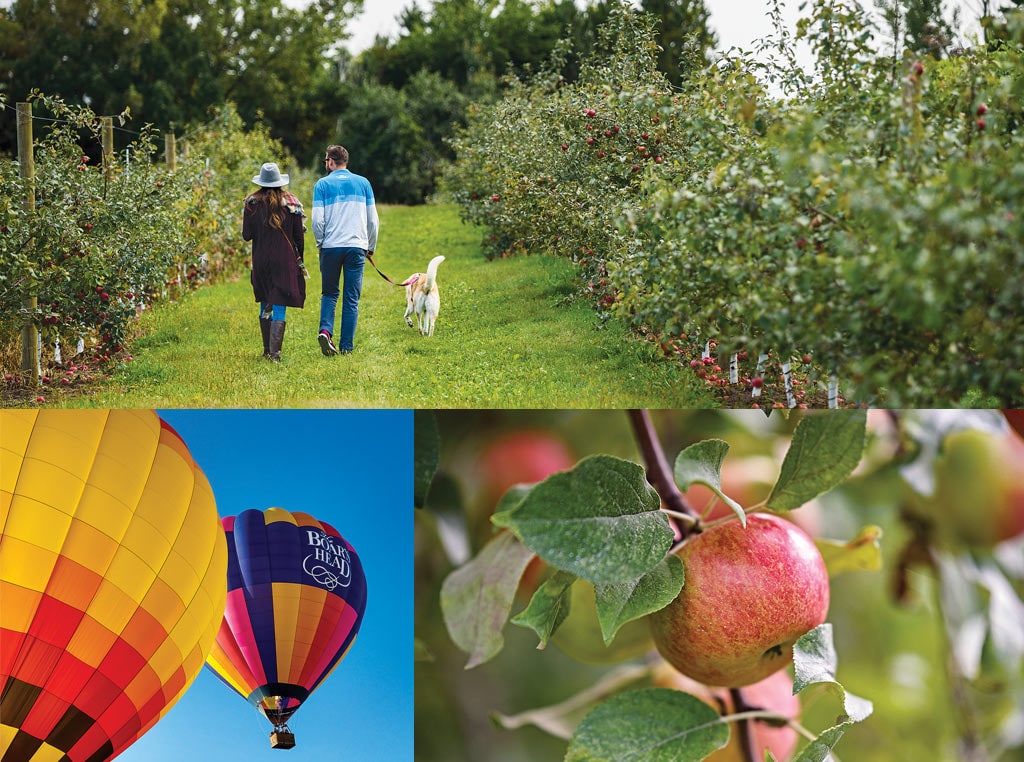 Agritourism at a whole new level

Many apple orchards offer rides of some sort; maybe on a hayrack or a pony carousel. But the Aamodt family of Stillwater, Minn., set their sights a little higher—3000 feet to be exact—by offering hot air balloon rides.

“I remember as a kid my dad talking about hot air ballooning, and he actually put an order in for a balloon back in the mid 80s,” says Scott Aamodt, part of the third generation on the family’s apple orchard that started in 1948. “Then that year, right after he put the order in, the apple crop got hailed out. He canceled the order. But, my brother and I kind of got the bug and decided not to let it go.”

They found some investors and got their dream off the ground a few years later. That turned out to be good for the farm, too.

No matter what you are growing, there’s likely someone else nearby already producing it. So how do you make yours stand out to customers, especially if it’s a direct-to-consumer product? And then, how do you make your business strong enough to last for generations?

The answer is to offer something unique and then not get comfortable with the status quo.

Find the unique. In the Aamodts’ case, there is no shortage of neighboring apple orchards, but they do have a lot of demand from nearby Minneapolis/St. Paul and northern Wisconsin residents and vacationers.

It soon became clear hot air ballooning would be a natural way to diversify their family farm and a unique way to draw in customers.

“With any family in business together, it’s always good for each sibling to have their own thing,” Scott acknowledges wisely.

“When you have too many family members stumbling over each other with too many opinions, you know, somebody ends up going away.”

Scott and his brother Chris were able to successfully take over from their dad and build the family business up to what it is today, a generation later, by dividing into separate enterprises. Chris manages the orchard, and Scott manages the balloons.

“Basically, he’s nice enough to let me take off from the orchard,” says Scott, noting the win-win scenario.

“It’s a great place for people to come and hang out before the flight. They can go to the winery, and now cider taproom, and get a piece of apple pie before their balloon ride. It’s the whole package,” Scott says.

Minnesota may not be the best climate for ballooning, but the Aamodts (and probably their customers, too) think it’s the most beautiful place to fly.

“Once you get up to 3000 feet in our area, people are surprised how far they can see,” says Scott. “And they don’t realize how much water there really is in our area.” 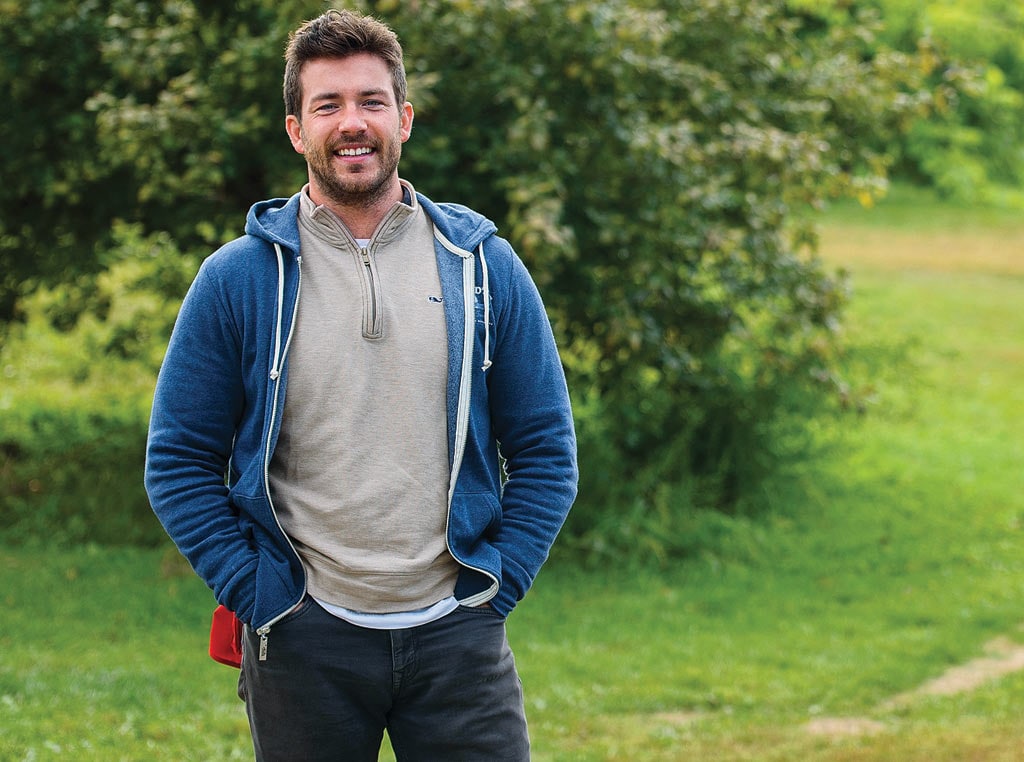 No status quo. Not long after they started flying, the family also leased out some of their land to a friend who started a vineyard.

And most recently, the fourth generation—Chris’s children—started producing hard cider both to make their own enterprise and solve a problem they saw with the orchard’s current business model. About 95% of their apples are sold as pick-your-own, according to Chris’s son Geoffrey, who is now in charge of operations and sales for the family’s newest venture.

The farm does not wholesale their apples. Part of the reason to have customers pick most of their yield is to limit the need for high-priced harvest-season labor.

But even with the increasing “Instagram frenzy” that the apple picking experience has become and the in-kind donations the farm makes to local organizations, they still had a surplus of apples left at the end of the season, according to Geoffrey.

Geoffrey’s brother Christopher, who has actively farmed alongside their dad since 2010, saw a way to use up their extra apples.

“Our grandfather had a bunch of old presses laying around. So one year Christopher just pressed some of the apples, let it sit in the kitchen and turn into vinegar. We’d try to drink it—probably got sick a couple times—but that’s just what it takes to figure it out,” Geoffrey recalls about starting Thor’s Hard Cider.

After perfecting the science and flavor combinations and finding their own investors, the young men brought the drink to market a couple years ago. 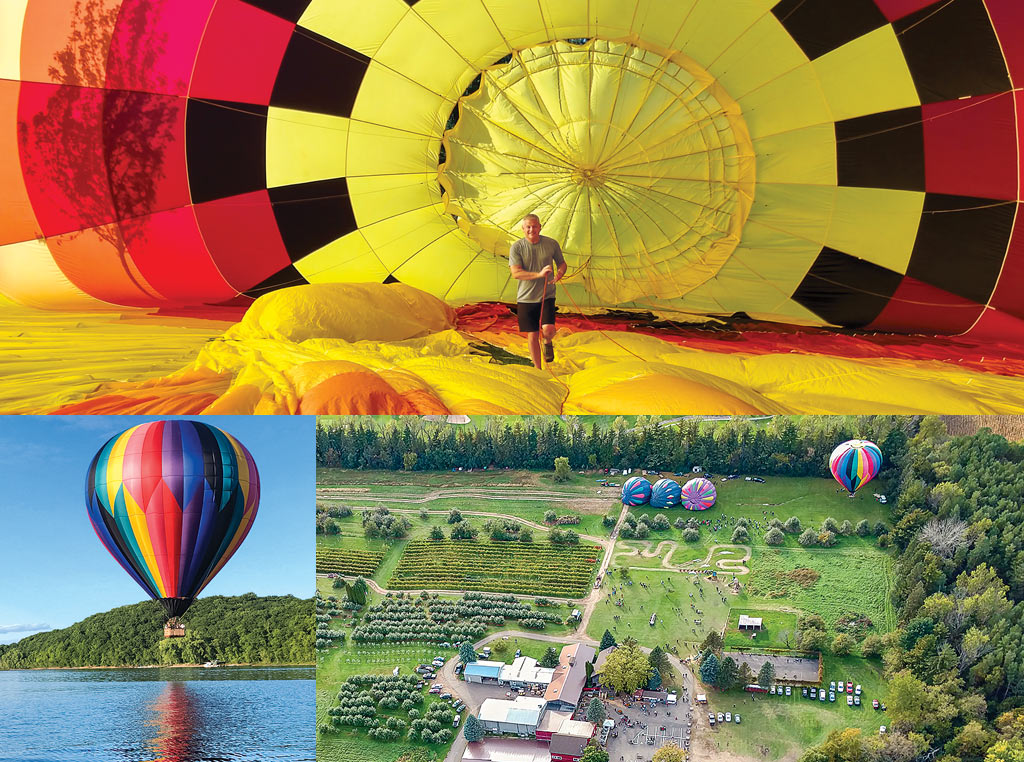 They launch five balloons from the orchard about twice a week April through October and fly west into Minnesota or east into Wisconsin, depending on the weather.

“By starting another branch of the orchard, we keep expanding its potential. We named it after our great grandfather Thor,” says Geoffrey. “They say he liked to drink so what a cool way to pay tribute to the guy who started the whole thing. And I think if my grandfather was still alive, he would love it—that we are keeping his entrepreneurial spirit going.”

Adding the hard cider enterprise gives the fourth generation a solid place in the overall operation, but it also enables the family to increase their year-round revenue stream. The adjoining winery is already open all year and hot air ballooning is offered every good weather day from April to October. The cider taproom now offers visitors an apple option outside of harvest season.

This is not their last iteration either; they hope to keep the orchard going for several more generations. The family plans to add more things that tie back to their strong, Scandinavian family heritage. 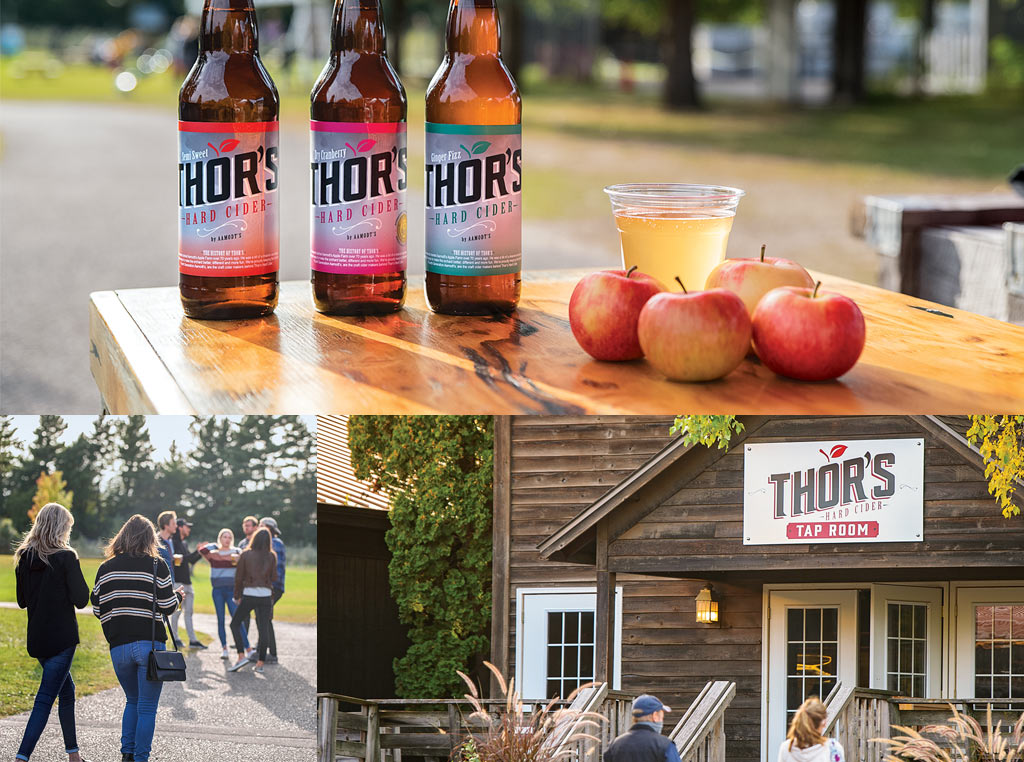 Thor’s Hard Cider is made from Aamodts’ apples and pressed, fermented and bottled at the orchard. The taproom is open to customers year-round. 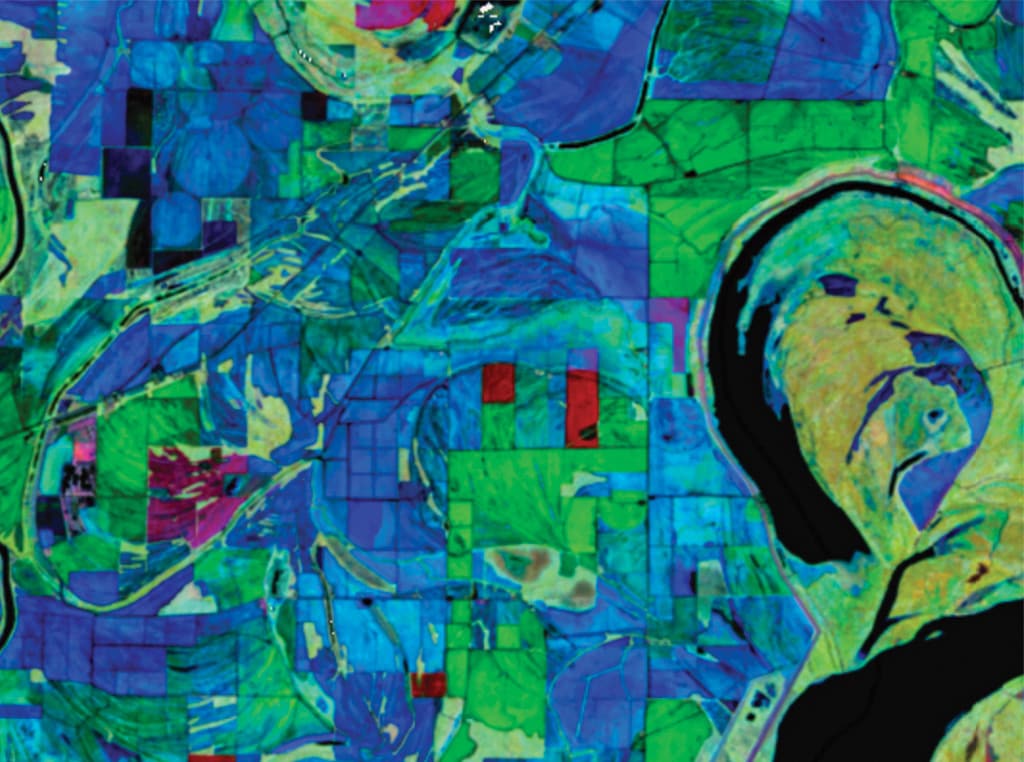 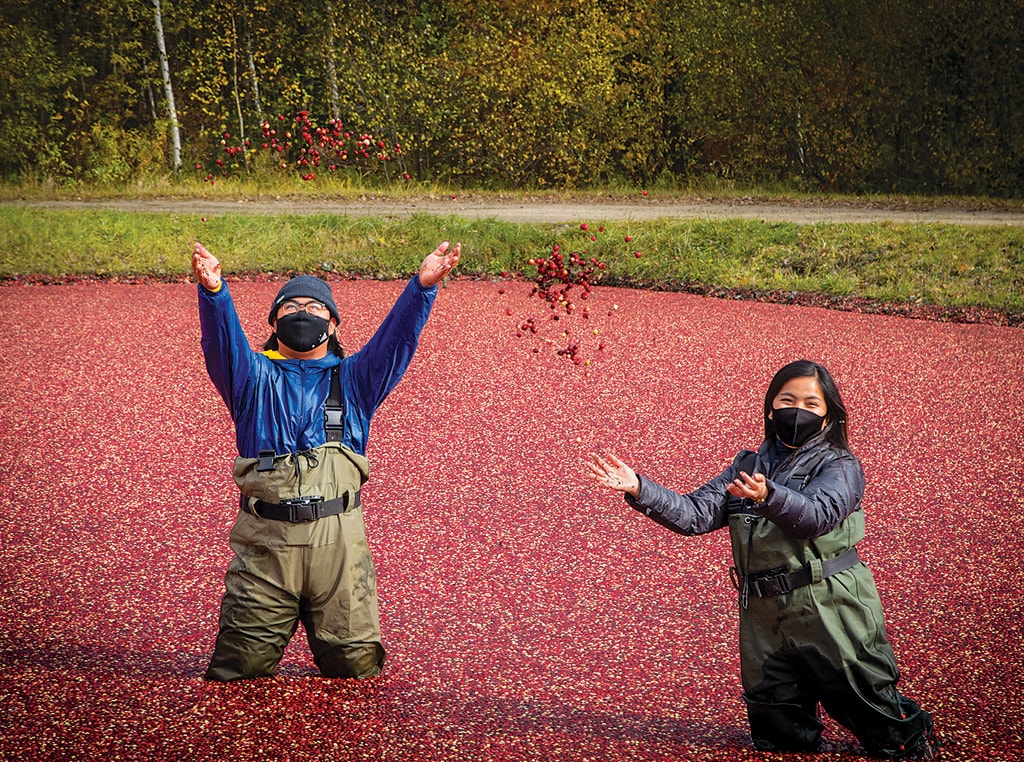