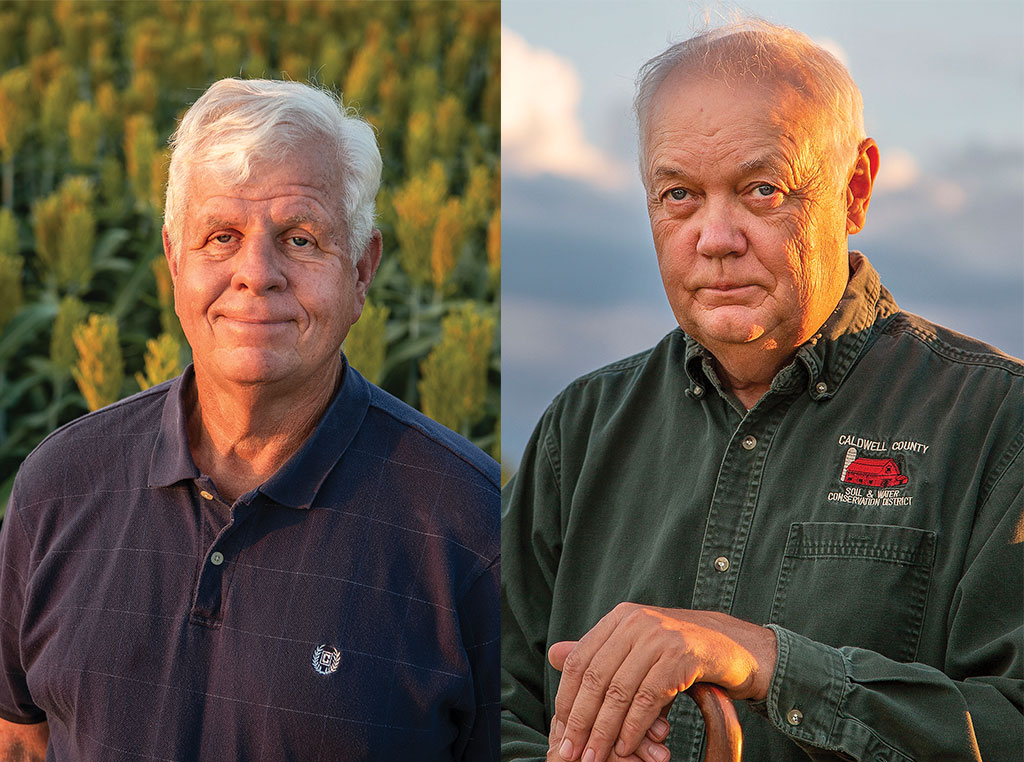 The retirement of two Furrow editors, Larry Reichenberger and Dean Houghton, marks the end of an era for the magazine and the industry. We're taking a moment to look back at their careers and recognize their massive contributions to The Furrow.

Larry and Dean were colleagues since the start of their careers in the late 1970s, long before teaming up at The Furrow. Their careers have plenty of parallels. Both are farmers, practicing what they preach. Both have been at the cutting edge of technologies ranging from conservation farming practices to photographing with drones. And both have earned a stack of awards as tall as they are for writing and photography, including Larry's two Oscars in Agriculture and the American Agricultural Editors Association/Ag Communicators Network (AAEA/ACN) Writer of the Year and the rare distinction for Dean of being named both Master Writer and Master Photographer by AAEA. (Dean also is the group's 2022 runner-up Writer of the Year. Talk about going out on a high note.)

Above. Dean Houghton's drone image of a lake-building site is visually striking. It's twice as cool when you realize that he stitched together multiple images to provide a distortion-free view of the action.

Larry's journalism is rooted on the Kansas farm he operates with his brother Jack. He combined his interest in technology and conservation with his writing skill to tackle extremely complex issues with a grace and style that makes them easy to understand.

Larry is also a dogged reporter.

"He'd have three to five sources where another writer would just have one," notes former Furrow art director Tom Sizemore.

It's little surprise that one of Larry's articles was included in a writing textbook used in his son Joel's elementary school.

Larry puts the same attention to detail into his photography.

"Larry went the extra mile to get the photograph to help make the point," says Bill Miller of U.S. Premium Beef, who worked with Dean and Larry at Farm Journal.

Larry's love of the Plains—especially the Flint Hills of Kansas—is evident in his lyrical landscapes. But he is also the master of a particularly challenging low-angle shot of farmers in crops. It's a staple of farm magazine layouts, but in a world of harsh sun and seed corn caps, it's surprisingly hard to do well. It's kind of like a foul shot in basketball—it looks simple, but it's tough to deliver under pressure. Larry nails it time after time. Swish. Swish. Nothing but net.

Most of all, Larry has been the real heart of the Furrow team. Kind, sensitive, and generous, he's welcomed new teammates, pulled the group together, and been quick to share his sources and notes to help a colleague. (For a freelancer, that's like handing over a map to a favorite mushrooming spot or fishing hole.)

Below. An assortment of Furrow work over the years reflects the artistic eye, photographic skill, writing virtuosity, and inquisitive minds that have made Larry Reichenberger and Dean Houghton giants in the agricultural journalism industry for decades.

When you ask people about Dean Houghton, you'll find them evenly split between those who talk first about his masterful photography and those who lead off with his powerful writing.

What everybody agrees on is Dean's intelligence. Dean is the smartest person in just about any room. Not that he lords it over anybody. In fact, in Furrow editorial meetings, Dean has always been generous in sharing context and contacts, helping teammates bring their ideas to life.

Here's an example. During our annual discussions on special theme issues, all of us editors would present our best ideas. Then, year after year, we listened in awe as Dean unfolded one astounding concept after another, sermonizing like a preacher until he had us all completely won over with his passion and logic.

Anybody who knows Dean is also quick to point to his love of technology. And as long-time friend, neighbor, and fellow agricultural journalist Jim Patrico notes, "He doesn't just dabble in it. He masters it."

Dean applied his mastery to ushering The Furrow into the digital age nearly 20 years ago, studying every detail of the new cameras until he was convinced digital was ready for our magazine.

When he chose the camera to make the leap to digital, we all bought the same one. And of course, he led the way by shooting The Furrow's first digital story.

Larry Reichenberger and Dean Houghton brought the readers—and writers—of The Furrow on an incredible journey. As they enter a new phase of their own journeys, we thank them for the ride and wish them the very best. ‡

Above. Both Larry and Dean are farmers themselves. Larry's soybean shot and Dean's sky image are just two of thousands of images they have shared to bring their perspectives and love of the land to Furrow readers.

Who's going to look after the kids? 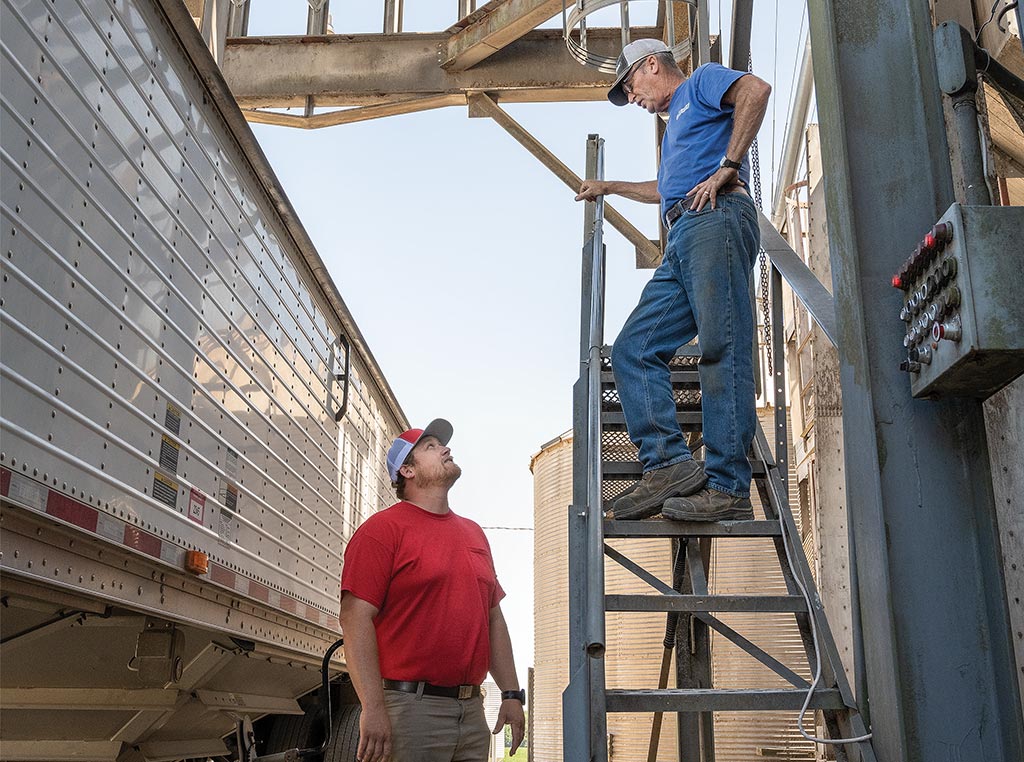 Farming to the 10th Power