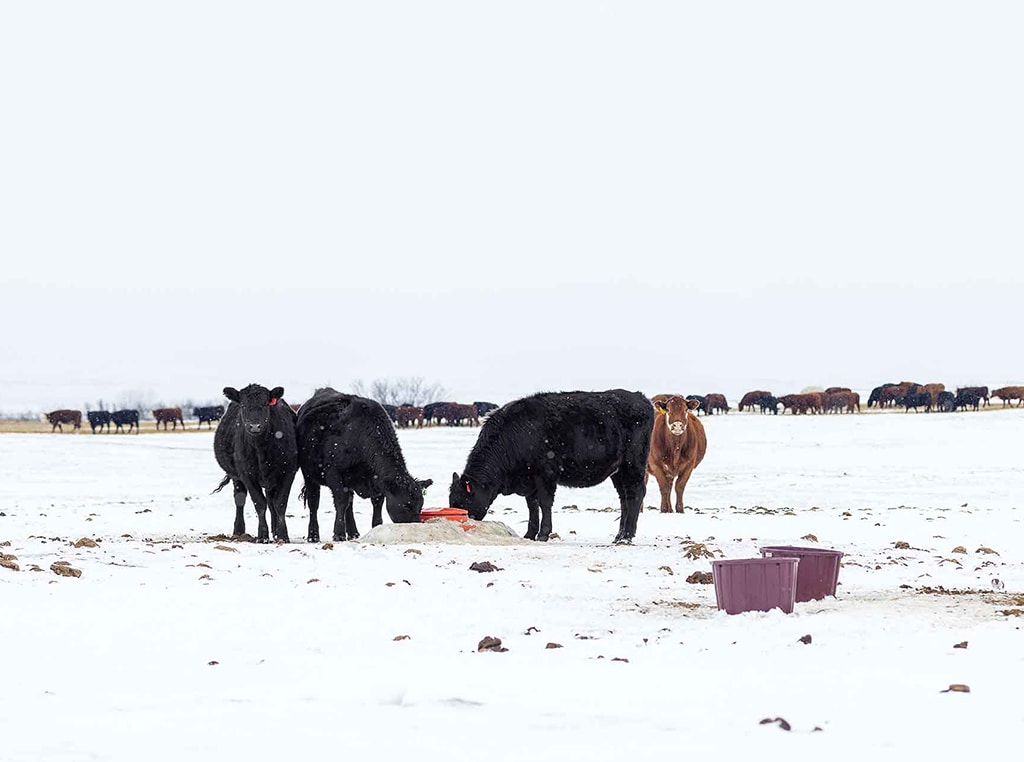 Since geothermal waterers don't require electricity to prevent ice from forming, they can be installed anywhere you can install a waterline. The more cattle that are using each waterer, the less chance there is for ice to form in the bowl.

Farmers have been chopping through ice on frozen water troughs and ponds as long as people have been raising livestock in cold climates. It can be a brutal, time-consuming, daily job especially when the weather is bad. That's why innovators are constantly trying to make it easier.

Floating electric stock tank heaters and automatic waterers with built-in heating elements are by far the most common way to water livestock in the winter. But they aren't without their faults. Shocks from stray voltage can be a problem, especially for horses. But cattle producers' biggest complaints are their installation and operating costs. Burying electrical wiring for a new waterer is expensive and each one can add more than $3 per day to the electric bill. That's why many seek out energy-free, geothermal- based waterer options.

Many options. Geothermal stock waterers have been around for some time; producers have lots of models to choose from. A quick Google search turns up all kinds of companies across Canada and the U.S. making them. Lee Eastmond, a rancher and cattle feeder in Mortlach, Sask., chose to install second-generation STOCKBOSS Energy-Free Livestock Waterers after hearing good things about them through word of mouth.

"We bought our first one in 2017 and we now have seven of them at our 1000-head feedlot," Eastmond says. "I chose them because they are so easy to shut off and start up again when I need them. It's as simple as turning the water on or off. I estimate each waterer saves me CAD$3 a day for 150 days, or about CAD$450 on my power bill (annually). I'll definitely put in more of them as I expand the feed lot or add more pen space."

Above. David Flundra and Lee Eastmond's father, Les, discuss how the STOCKBOSS waterers are performing. They will stay ice-free at -25°C as long as there is no wind but if there is much wind at those temperatures, they'll start to freeze over.

Simple concept. STOCKBOSS waterers are the brain child of David Flundra, his son Dustin, and Lowy Gunnewiek, an engineer friend. Flundra says the idea for their models came about largely because he was tired of paying the electric bill for the waterers he had on his ranch near Maple Creek, Saskatchewan.

"We've been on the market since 2016 but we're constantly trying to refine them to make them more maintenance-free," David Flundra says. "They're (double waterers) basically three eight-foot, insulated, plastic columns molded together, installed seven feet into the ground with a ball valve to control the water level. The ground temperature stays constant (5.5°C/42°F in Calgary) once you go down six feet. The waterer is designed so that as cattle drink, the water that's been warmed by the temperature in the ground circulates up one column, then passes over and descends the other. This movement allows the ground's heat to minimize the chances of ice buildup."

Since no electricity is needed to run one, they shave enough off his power bill to pay for themselves in about five years and can easily be installed anywhere you can trench in a waterline. Flundra has installed them up to five miles away from his pumping station on his farm. He says they let you winter livestock out in the field and cut your costs of moving manure.

The more cattle drink, the more water movement there is and the less chance there is for ice to build up. Eastmond says his bowls stay largely ice-free if he has large numbers of cattle in a pen drinking from one. But it'd be a different story if someone was only going to put three bulls on one.

"We've had no trouble with them at -25°C and no wind conditions," Eastmond says. "Anytime we get down to those temperatures and there's much wind though, they'll start to freeze over. But we go around and check our waterers every morning, so it's not a lot of effort to flip a bit of ice out of the bowl."

It sure beats chopping a hole in the ice with an axe in a blizzard! ‡ 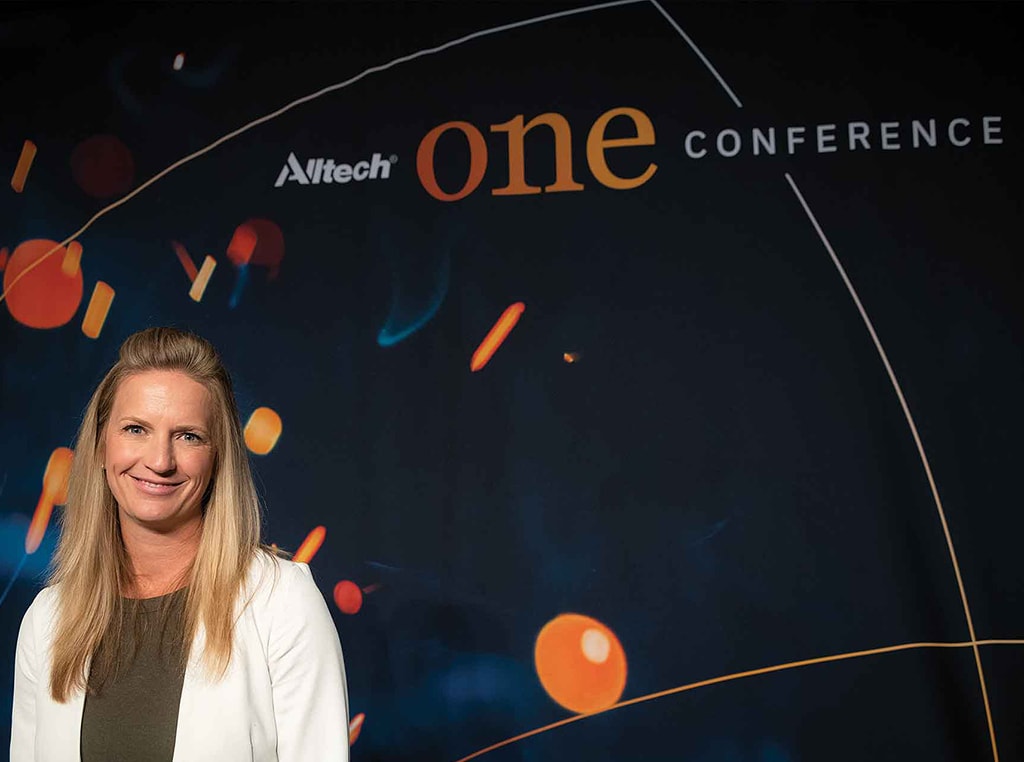 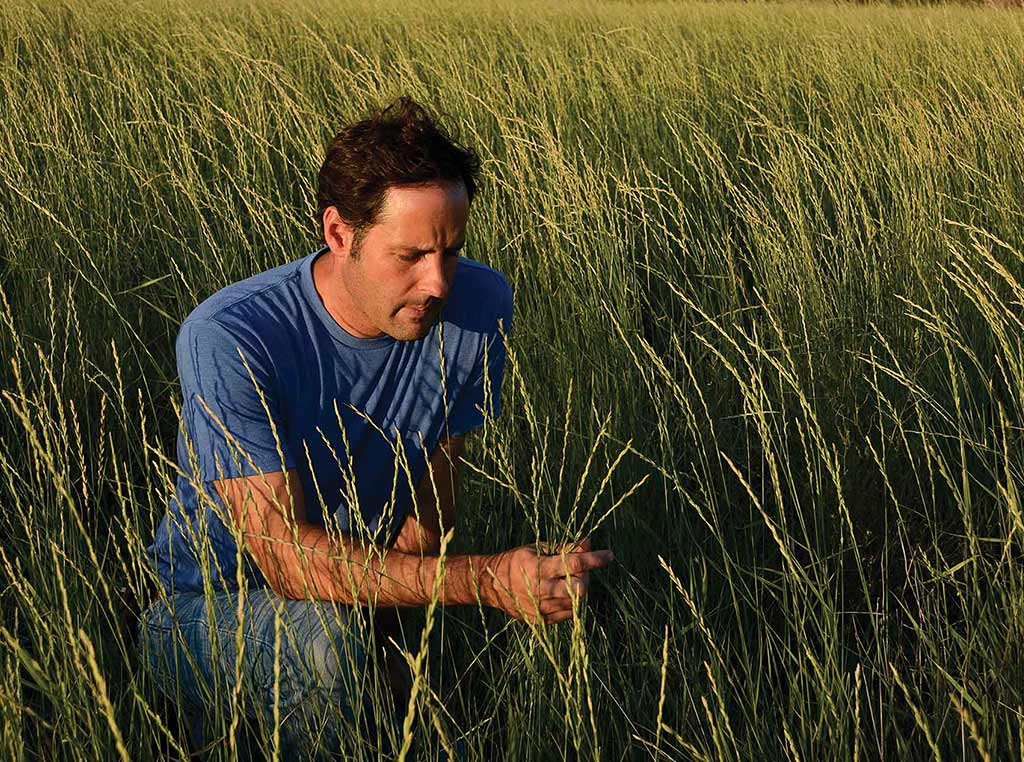 The perennial grain that fits a niche.