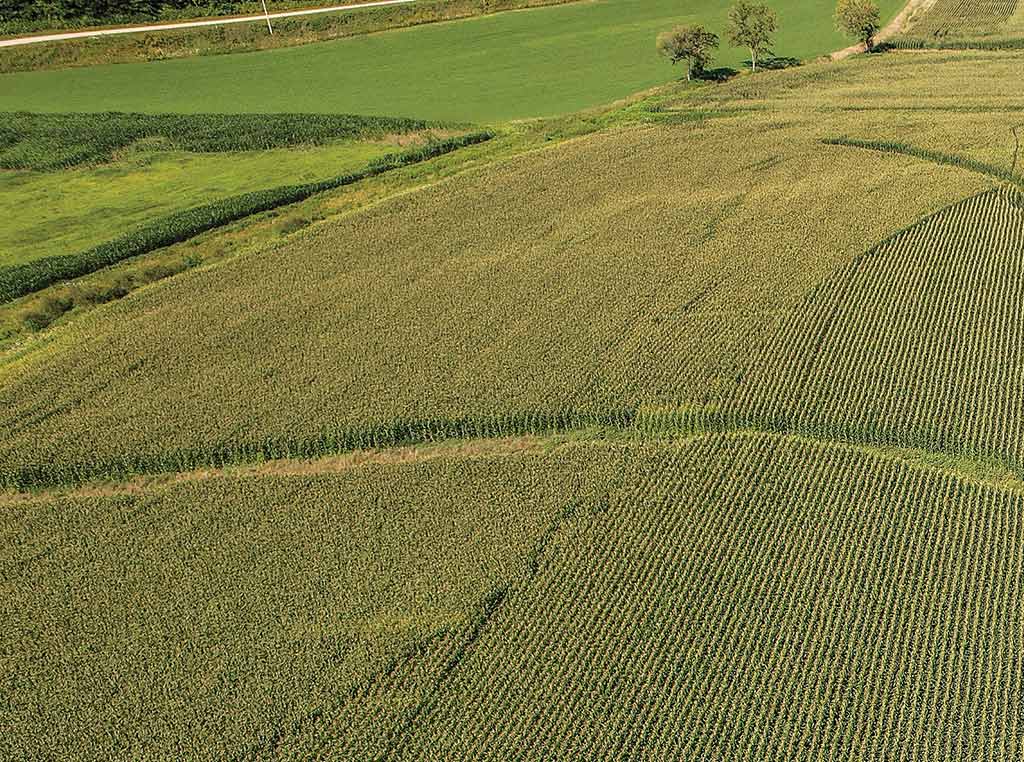 The way Doug Yanke sees it, the adoption of soil health practices like no-till, cover crops, and cover crop grazing on Echo-Y Farm—the Sauk County, Wisconsin, farm he operates with his sons, Darren and Derek—continues a tradition of innovation that Doug's father, Russell, pioneered.

"He was always up for something to try," Doug says of his dad. "He was never afraid to try anything because you don't know if you don't try."

No-till was unheard of when Russell started the practice in 1984. That was well before herbicides and farm equipment eased the adoption of no-till, but Russell and Doug found ways to make it work. The father-son duo also were early users of cover crops, in hopes the practice would reduce soil erosion.

The practices worked, and the Yankes saw vast improvements in the soil's ability to withstand weather extremes.

The Yankes' crop rotation includes corn, soybeans and either rye or soft red winter wheat. They have 350 acres of perennial pasture, plus a herd of Aberdeen-Angus cows, and also raise Holstein calves. After wheat harvest each year, the Yankes plant into the stubble a cover crop mix including a mix of millet, sunflowers, hairy vetch, oats, alfalfa, red clover, turnips, radishes, and rapeseed. The cover crops add six months of grazing for the cattle, plus keep the ground covered and promote root activity that feeds soil biology prior to corn planting in the spring.

Above. Derek, Doug and Darren Yanke are the third and fourth generation to operate Echo-Y Farms near Loganville, Wisconsin. Their diversfied farm is rooted in soil health practices. Left. Cover crop adoption and rotational grazing have improved the soil's resilience to weather extremes. Right. Cover crop mixes are sorghum-based and include several species of broadleaves and brassicas. Wildflowers in the mix attract pollinators.

Avoiding extremes. What they have gained are soils that are more resilient to weather adversity, Derek Yanke says.

"In the drought year of 2012, the field where we had cover crops planted after wheat was our best yielding corn, and was some of our poorer ground," he explains. "Some of our really good ground just fell on its face during the drought. I thought, 'there's more to this than you would think.'"

Grazing cattle on the cover crops helps feed soil biology, and has also led to a grass-fed beef enterprise. Cattle are kept on grass until they reach about 1,100 pounds, which takes 22- to 24-months.

Echo-Y also buys cattle to graze on their farm, ensuring customers receive high-quality products, Derek says. "We want a consistent product that we're direct marketing. So all of those animals we sell are out of our own original herd."

Echo-Y-branded beef is available for sale on the farm and at area farmers' markets.

Meanwhile, the Yankes eagerly seek new challenges to further their soil health journey. They have reduced commercial fertilizer application, instead applying two tons of chicken litter per acre prior to corn, and a ton each in front of soybeans and wheat, supplemented with a crop nutrition program from Quality Liquid Feeds, based in Dodgeville, Wisconsin. Six years into that system, soil tests show that fertility and organic matter are actually increasing.

Next steps. "Intercropping is intriguing," Derek adds. "We've tried planting corn and beans together, and wheat and soybeans together and the yields just aren't quite there, but we're dabbling in it and trying to figure it out."

Ninety-one-year-old Jeanette Yanke, the family matriarch, says her husband's legacy of adopting conservation technology continues with the next generations. "I think he'd be very proud of what the boys have done," she says. ‡ 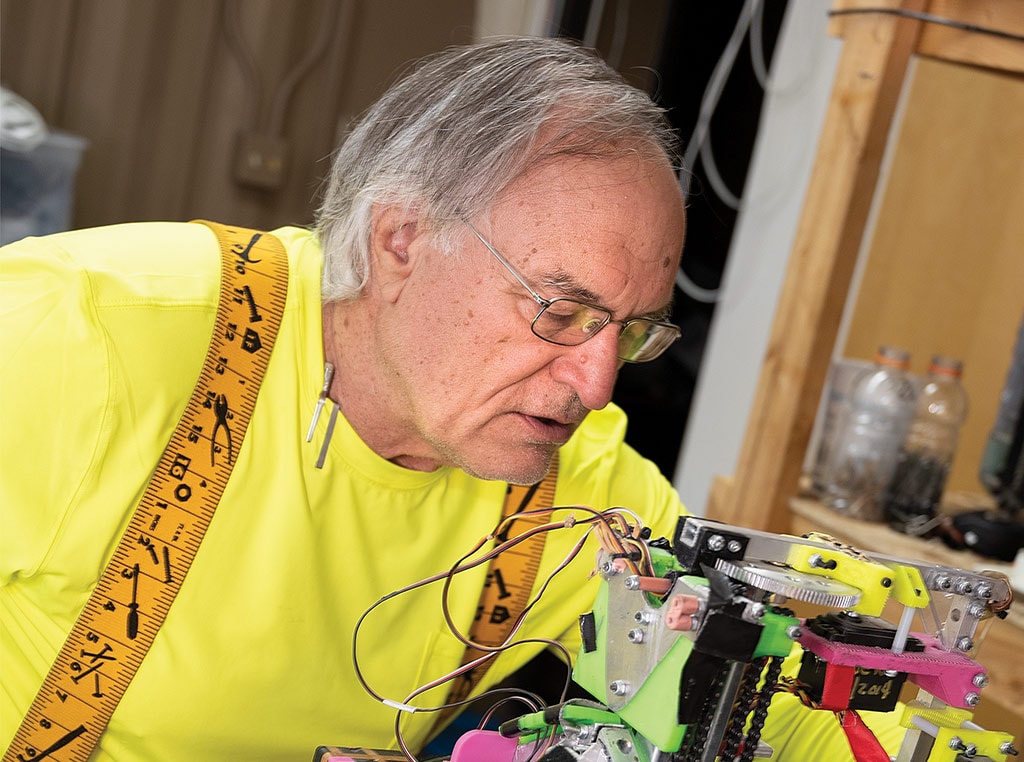 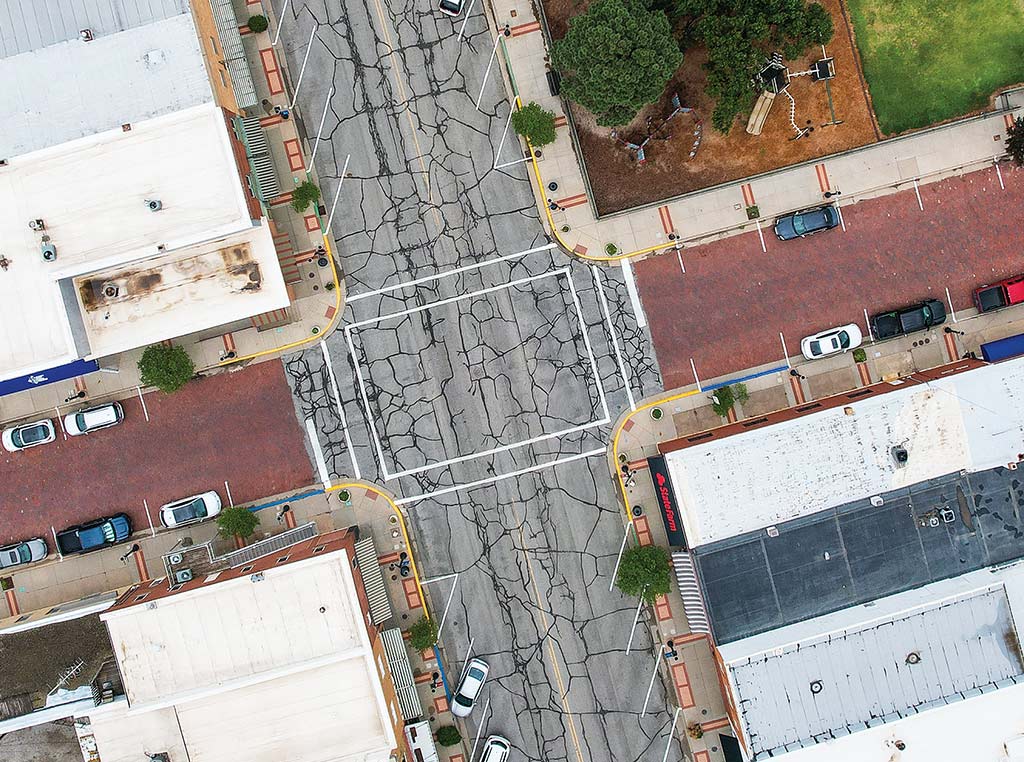