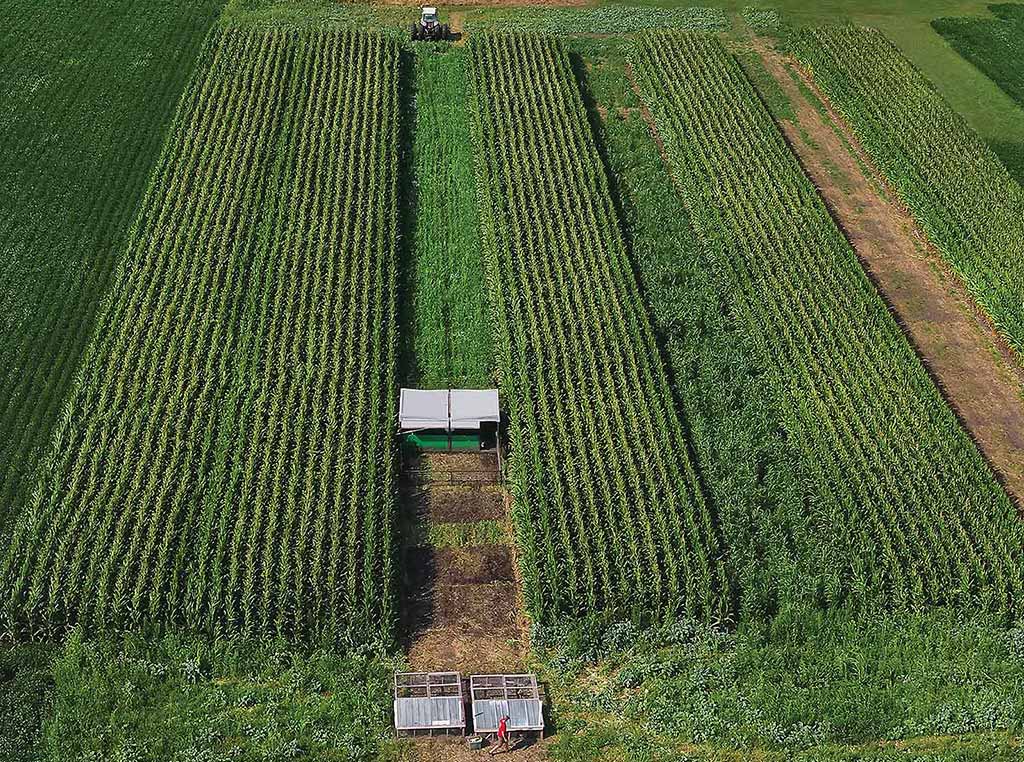 The Stock Cropping system on display in 2020.

Zack Smith had the busiest little cornfield in Iowa during the 2020 growing season. He devoted a couple of acres of his Winnebago County farm to a prototype of a system he calls Stock Cropping. “It’s an alternative, regenerative system based on integrating livestock with row crops,” he says.

It’s also a YouTube sensation. Smith, who calls himself The Stock Cropper, has a YouTube channel (search TheStockCropper), and it hosts a whole library of video segments that explain the intricacies of this four-ring circus. Thanks to a unique mobile barn, a parade of animals—ruminants in front, monogastrics following behind—graze 20-foot strips of a five-way annual pasture mix between 12 rows of corn.

The corn was managed to get the maximum use of the “edge effect,” taking advantage of the extra sunlight by boosting population (and fertility) in the outer two rows. Inching along with the tug of a winch, the barn was moved 11 feet a day to meet the grazing needs of six sheep, two goats, and 10 pigs. The system also produced 185 broilers, tagging along three grazing days behind the barn, housed in their own predator-proof “chicken tractors.”

Stock cropping might just be the holy grail of regenerative agriculture, providing not only soil-health benefits but also the stacking of enterprises with an opportunity to capture premiums for pasture-raised products. It moves the needle from no-till to “nose-till,” with the pigs providing the tillage—sometimes too much tillage, in Smith’s view, so that’s just one of the many adjustments he’s looking to make as the concept matures during the 2021 growing season.

The idea of Stock Cropping came about when Smith teamed up with a fellow Iowa State University graduate, Sheldon Stevermer, who lives a few miles north, just across the Minnesota line.

“Maybe we were having a mid-life crisis,” Smith quips, but in February 2020, the duo started to brainstorm. They called on another Minnesota farmer, Lance Petersen, for ideas; then, with Smith’s agronomy background and Stevermer’s expertise in ag engineering, they turned the concept into reality.

The key element is the mobile barn, split into two pens (one for the ruminants, one for the pigs); it is the star of the YouTube show, nicknamed the “Cluster Cluck 5000,” a name best pronounced slowly and carefully.

Despite the light-hearted name, the barn has serious innovations; the roof, for example, is inverted. It doesn’t divert rainfall, it captures it and sends the heaven-sent water to a pair of 55-gallon drums, where it is used to water the livestock. Nothing is wasted, either; it takes a little less than an inch of rain to fill the barrels, so an overflow pipe directs any excess rainfall as irrigation water for the outer two rows of the “racehorse hybrid” corn in the strips.

And Smith is more than just a zany guy with a GoPro camera, as he devotes many hours to capturing the details of the system to share via the YouTube channel. The barn also was live streamed on Facebook in the evening hours during the 2020 growing season, and Smith expects to show even more live streams of this and other barns in 2021. Check his YouTube channel for details, and you can hit the “subscribe” button to be kept up to date on the latest in Stock Cropping.

The 2020 experiment was declared a success. “We did a lot of things right, and a lot of things wrong,” Smith says. “We have a lot of great observations about the system, and now we can move forward and tweak those things that can be improved.

“We wanted to stack the deck in our favor with enterprises that support each other,” he says. “We’ve shown it can be done.” 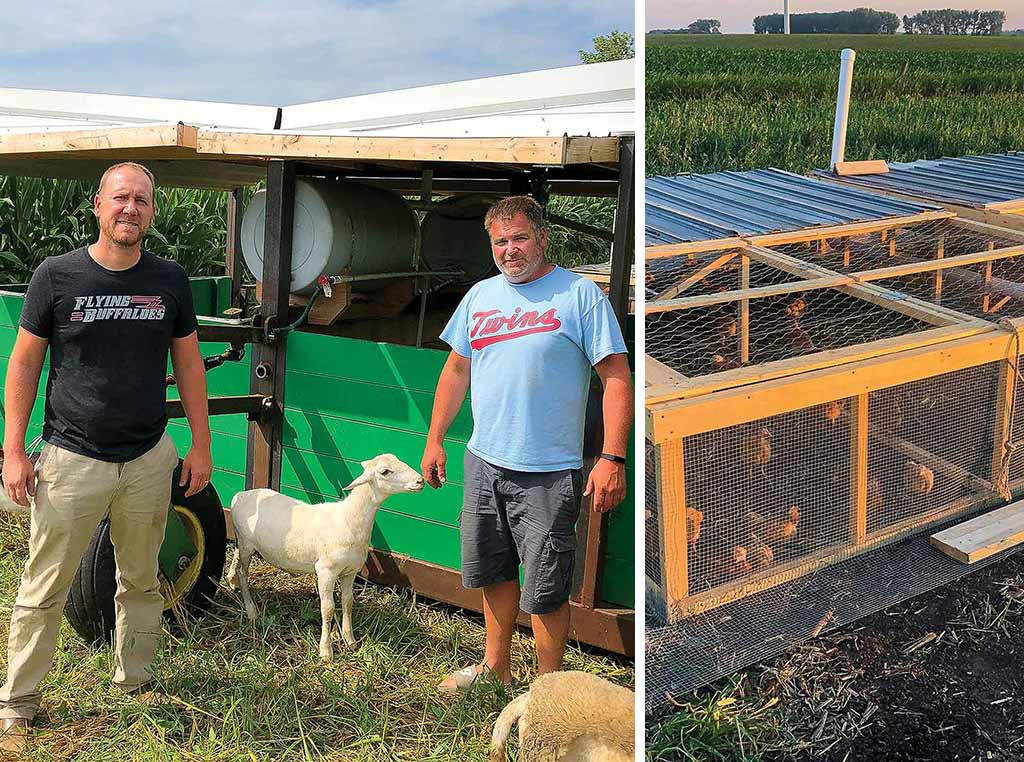 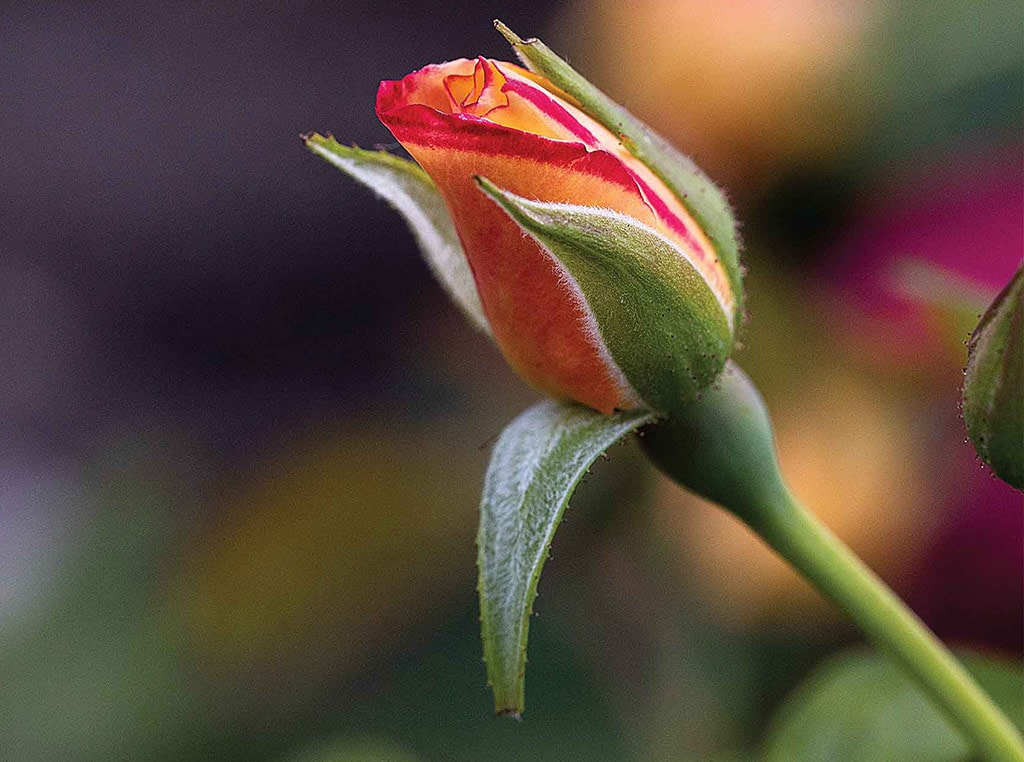 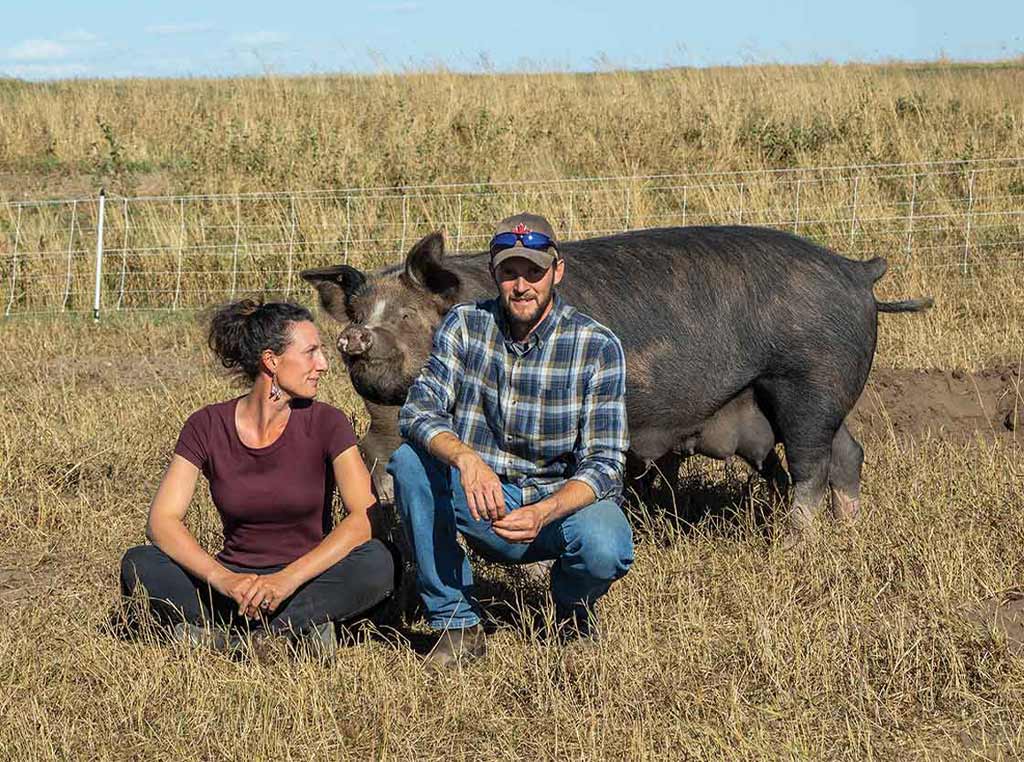