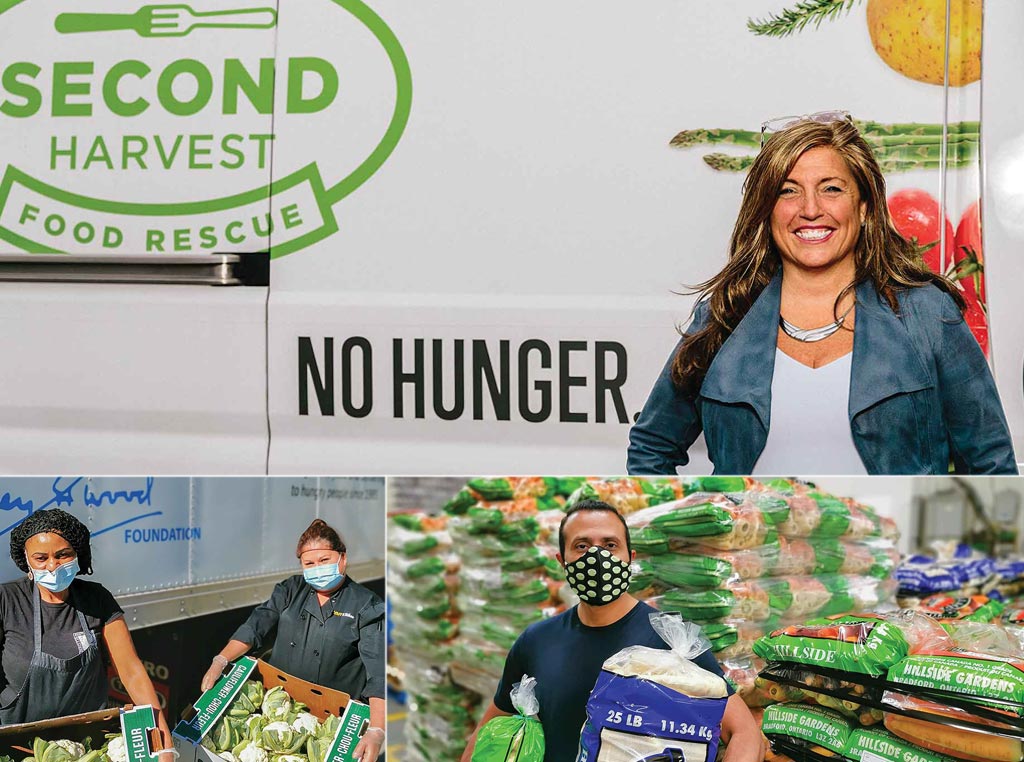 Lori Nikkel with Second Harvest says the purpose of the Surplus Food Rescue Program wasn’t to solve hunger in Canada, but to make use of surplus food as the system reset itself.

Food For A Rainy Day

It’s been one long year since COVID-19 turned Canada’s agriculture and food sector on its head. All provinces were locked down by mid-March and indoor restaurant dining disappeared overnight. The impact echoed back to the farmgate.

It was a time of contrasts. Fresh farm produce was being landfilled as consumers panicked over imaginary food shortages and stripped supermarket shelves bare again and again. Major food processors and packing houses scrambled to repackage products destined to restaurants and food services into sizes suitable for consumers. But what could have been a major debacle that undermined faith in the food system quietly faded away as farmers, processors, government and not-for-profit organizations quickly banded together to repurpose surplus food.

“Everyone who intersected with the food system was hearing the same information and saw the issue coming to a head,” said Tania Little with Food Banks Canada in Toronto. “We began to advocate along with many other players in the sector, including the farming and agricultural community and Canadian producers to repurpose the surplus food.”

Agriculture and Agrifood Canada responded by launching the Surplus Food Rescue Program, a $50-million initiative to redistribute surpluses of millions of kilograms of highly perishable surplus fruit, vegetables, meat, fish and seafood products to the food insecure across the country.

“This is a win-win,” says Marie-Claude Bibeau, Minister of Agriculture and Agri-Food. “Not only are we helping producers who cannot sell their goods to restaurants, but we are also aiding Canadians that have had to seek help from food banks.”

Second Harvest, Canada’s largest food rescue organization, received $11 million under the program. They worked closely with the Canadian Produce Marketing Association who received an additional 11.4 million to source, process and distribute food through the FoodRescue.ca platform. Their goal is to divert nutritious unsold food, before it becomes waste and winds up in a landfill, to the 60,000 charities and non-profits that need food including schools, hostels, hospices, food banks; anywhere that people access food from.

“The purpose of the Surplus Food Rescue Program wasn’t to solve hunger in Canada, it was to make use of the surplus food as the system reset itself,” says Second Harvest CEO Lori Nikkel in Toronto. “The primary purpose of this program was to ensure that the producers and food industry could be compensated for some of the surplus food that they were left with as a result of COVID-19 and also to make sure that charities and non-profits supporting people with food could have access to it. We used the funding to purchase food directly from the vendor, process food so we could slow release it, (i.e., turning fish into canned fish) and it paid for the distribution so that nobody got left behind.”

“Food Banks Canada was given an $11.3-million grant to purchase food commodity items,” Little says. “We decided to concentrate on the protein component, so we reached out broadly to bison, duck, fish, seafood, poultry, egg and veal producers; probably 30 different vendors and producer groups in all. Our goal was to find producers who could supply the millions of pounds of food we needed for the 3000 organizations we support and the 1.1 million visitors we work in service of every month.”

“We reached out to the food banks and made arrangements to supply eggs to them,” says Serge Lefebvre, President of the NutriGroupe, a farmer owned grader and processor headquartered in St. Hyacinthe, Quebec. “With our Nutri Partners we provided 66,000 boxes of eggs (180 eggs per box), about a million dozen eggs, that were distributed through the food banks all across Canada. We’re a national company, but at the same time, we are acting locally in every province so it’s natural for us to support our communities and be there when the people need eggs to put on their table.” 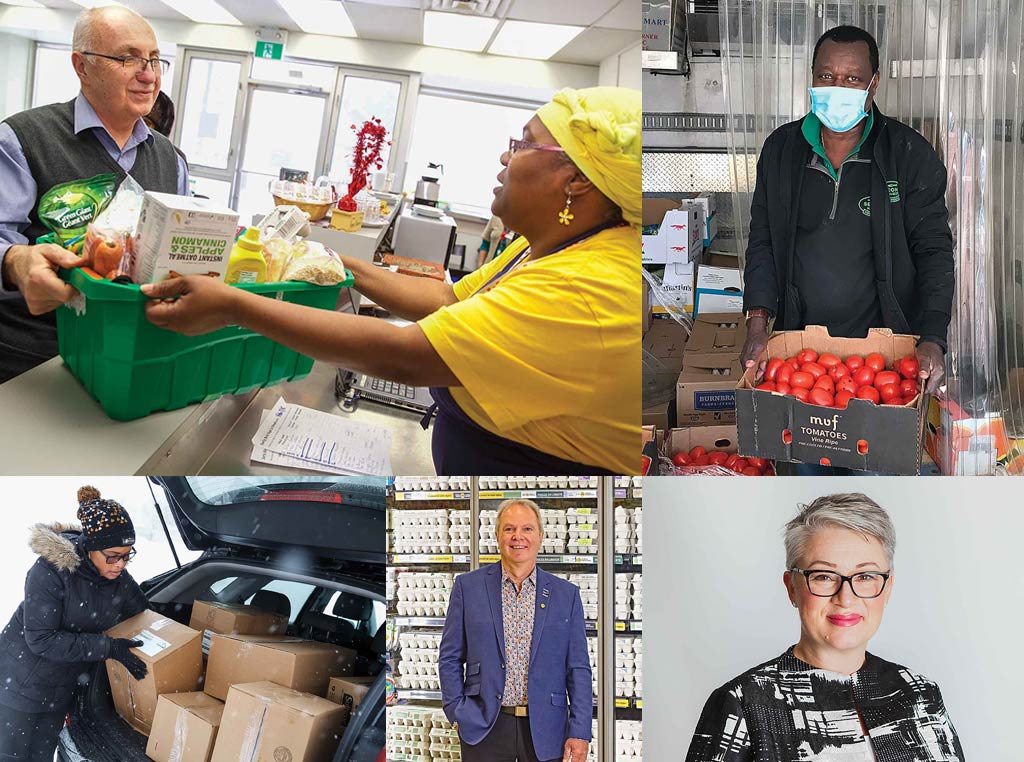 Tania Little says Food Banks Canada decided to concentrate on the protein component and reached out broadly to about 30 different vendors and producer groups to source supplies they needed to help the food insecure.

“The logistics involved made this an immense project to undertake,” Little said. “Canada’s food system is so complex; I’ve got so much respect for those who do this every day. We have a master spreadsheet online for our team that’s about a hundred columns long to keep detailed track of the supply chains. We had to be aware of what’s happening with the vendors, map the food banking system and ensure we have the cold chain capability in place to ensuring that it’s delivered end-to-end in a safe manner. Food safety, traceability and people’s health and well-being, is of paramount importance.”

Canada’s food supply system has adjusted to the pandemic’s shocks and the Surplus Food Rescue Program has wrapped up, but the problem of hunger is still here. A shocking 50 percent of those who live in the North remain food insecure. Little says the lessons they’ve learned and the doors opened through the program have helped establish new strategic partnerships with the agriculture community and the processing sector for the years ahead. That’s good news. 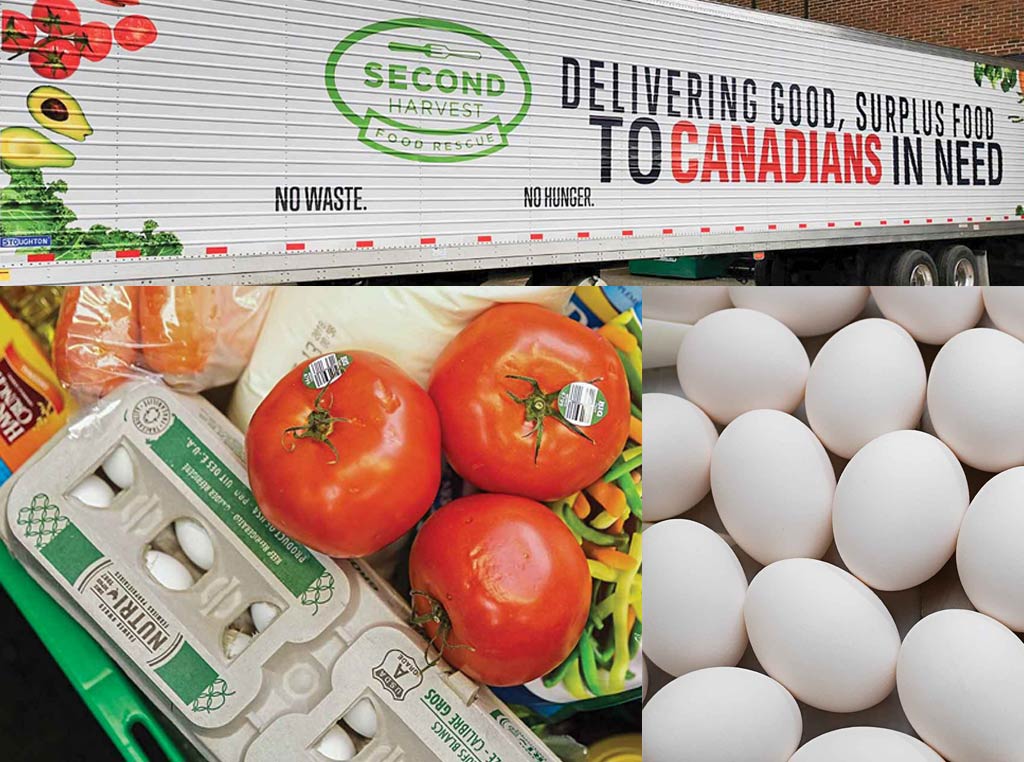 MIllions of kilograms of perishable food, left homeless by the pandemic, was redirected to provide aid to Canada’s food insecure through the Surplus Food Rescue Program while the supply system adjusted itself.