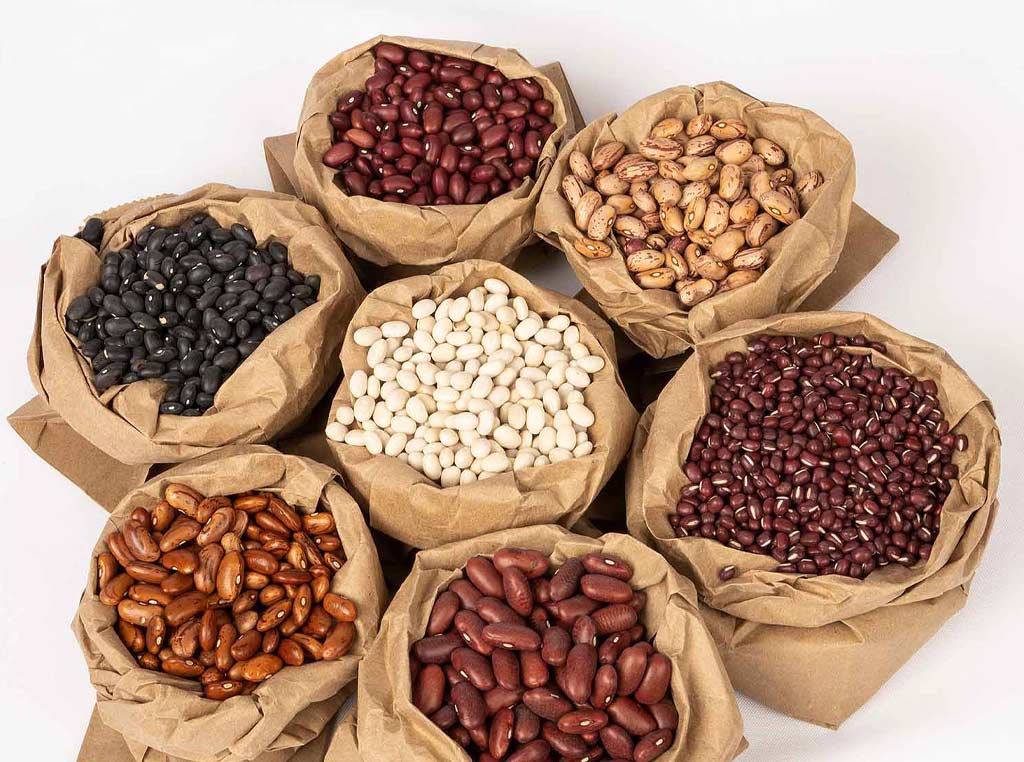 Beans can be profitable, but they’re not for everyone.

Ontario dry bean producers are in a quandary in early January 2021. Their problem is summed up by a message on a sign in front on Ondrejicka’s Elevator near Exeter, Ontario. It says, ‘with IP (Identity Preserved) soybeans at these levels (prices), why would you grow edible beans?’

“It’s a fair question,” says Mike Donnelly-Vanderloo, chairman of Ontario Bean Growers in Thamesford, Ontario. “It’s certainly the one everyone is talking about. I’ve had numerous dealers ask me, ‘what will it take to keep good growers continuing to grow beans?’ My response has been ‘LOL, let me think about it and I’ll talk to you in a few days.’ “Joe (his brother) and I still haven’t decided how many we’ll plant this year. We need some to make our rotations work, but our acres could be cut by a third. Who knows, maybe everyone will cut back and they’ll be the best thing we could have grown.”

“Typically, producers grow dry beans because they have a strong price advantage over Roundup Ready soybeans and sometimes over IP soybeans,” says Meghan Moran, the dry bean specialist with Ministry of Agriculture, Food and Rural Affairs (OMAFRA) in Stratford, Ontario. “Their price moves separately from the soybean market, so they provide different opportunities.”

There is definitely a potential for good returns most years, Donnelly-Vanderloo says. But it’s sometimes the external things that provide the best reasons for putting in edibles. First basic agronomics tells you that growing three crops is better for soil health and four crops are better than three. Normally, they are planted on corn stubble because the fields will usually be cleaner. They help manage workflow because they’re planted slightly later and come off earlier than soybeans; this makes it easier to get better stands of winter wheat the following growing season. 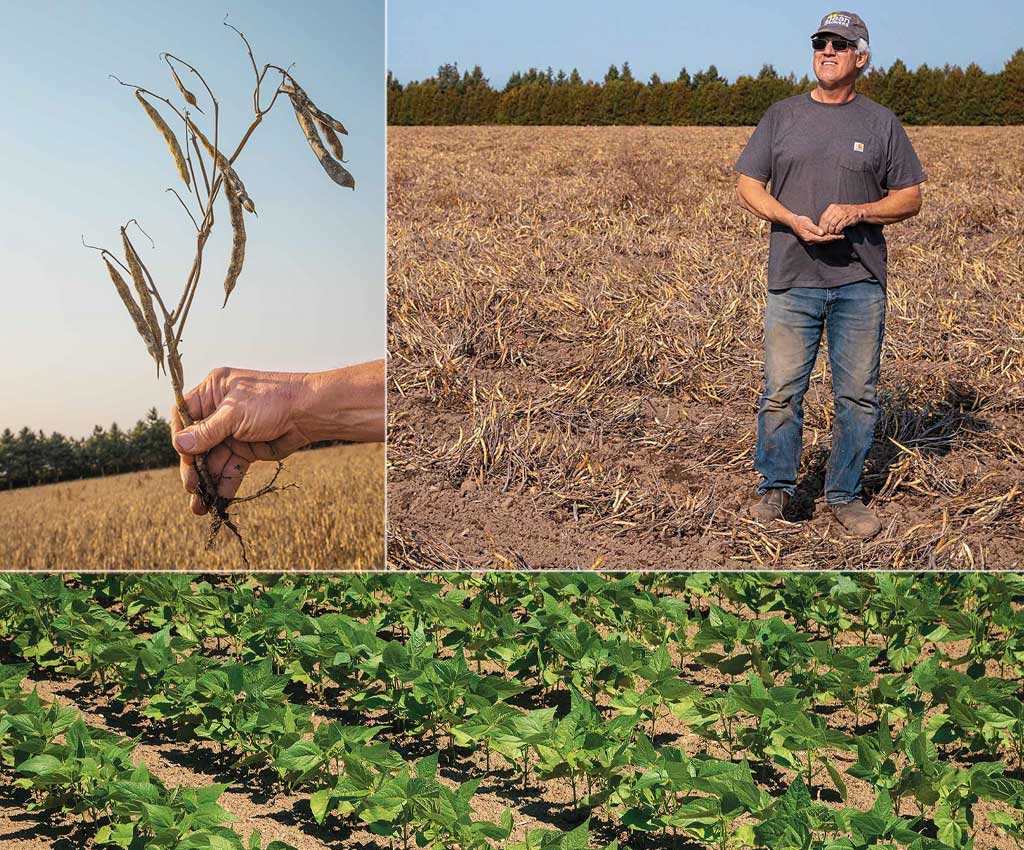 Mike Donnelly-Vanderloo checks his cranberry beans at harvest. He enjoys the challenge of growing a good crop of dry beans. They’re a high value crop but they demand more management than soybeans.

Globally, dry bean consumption has been increasing by 5 percent a year between 2014 and 2019. They’re considered a great source of plant protein and attract a lot of consumers interested in gluten-free and vegan diets. The increasing level of interest in using bean flour by the food processing sector is also a factor.

“They are a high value crop most years,” Donnelly-Vanderloo says. “But they take a lot more effort to grow than soybeans and the input costs are significantly higher. So, there’s no way you would go to all the extra trouble if there isn’t going to be the returns at the end of the road to make it worthwhile.”

Donnelly-Vanderloo plans on harvesting a 2500 pound per acre crop. In 2020, he had his cranberry beans contracted for 50-cents a pound with a gross revenue of $1250 per acre. According to OMAFRA’s 2020 Field Crop Budget guide, the combined fixed and variable costs for growing coloured beans are $670 per acre.

“Dry beans are high-risk crops,” Donnelly-Vanderloo says. “It’s challenging to grow a good crop of them, but for me, that’s part of their attraction. But they’re definitely not a crop for everyone. Yields can be variable; they aren’t as forgiving as soybeans. We only plant them on our best well-drained land. A dry spell at the wrong time, or trying to cut corners, can really hurt your yield.”

New growers should start with a small acreage of White (navy), Black or Adzukis that can be harvested with a flex header like soybeans. Larger beans, like Cranberries or Kidneys, have to be undercut and harvested with a pickup header on a modified or specialty combine to minimize cracking and splitting.

“In a funny way this might be a good year for new growers to try them,” Donnelly-Vanderloo says. “They won’t feel compelled to plant large acres.” 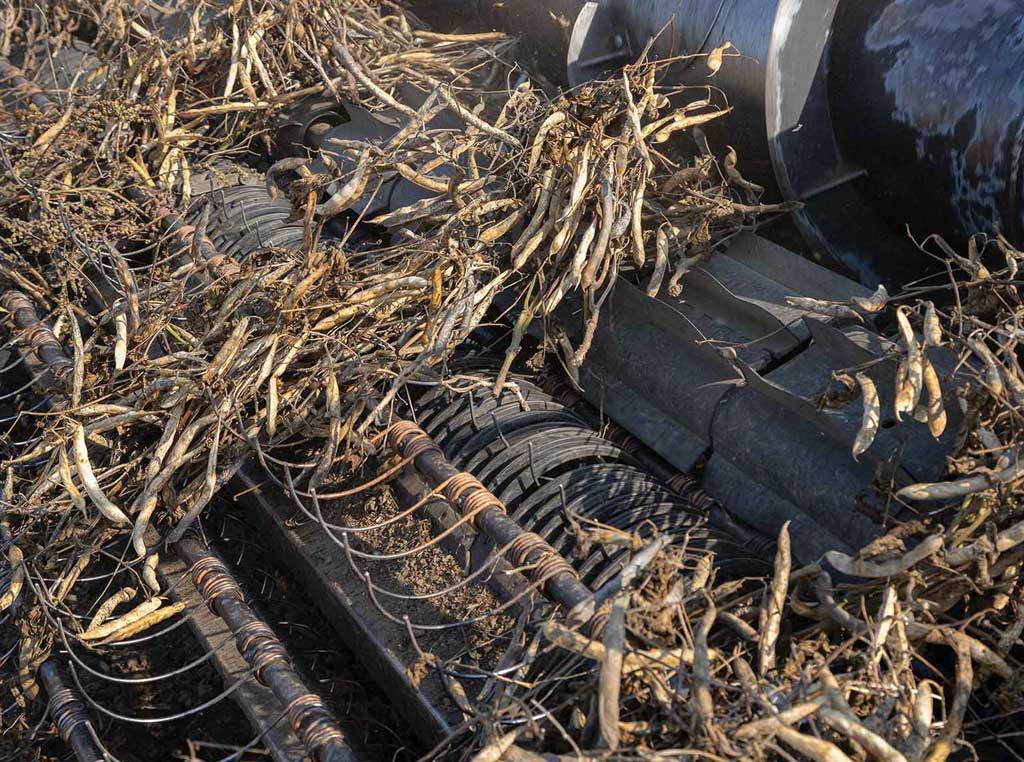 Whites, Blacks and Adzuki beans are better for new growers because they don’t take special equipment. Larger beans have to be undercut before harvesting with a modified combine using a pickup header.