There is an explosion of interest in the paranormal; polls show 60% of Americans, including many farmers, say they’ve seen a ghost.

I was pushing hard to finish my last wheat field late one night in 1998. My trucker was off unloading so I was alone in the middle of nowhere. A flash in the mirror caught my eye; a second combine was coming up behind me. I looked over as it drew alongside and saw Uncle Don in the operator’s chair taking a drag off his ever-present cigarette. He looked over, waved, and accelerated off into the dust. Just one problem — Don was dead! He had a heart attack while we were combining in 1983 and died in the hospital a few weeks later.

Halloween is just around the corner. According to folklore, the fall and winter are the most likely time of the year to have an encounter with the unexplained. More people have personally experienced something going bump in the night than you’d think. A 2018 survey done by OnePoll for Groupon found that 60% of Americans say they’ve seen a ghost.

Farmers are no exception. I shared my personal ghost story online at AgTalk Cafe Forum, and dozens responded with stories of their own. Many of them were remarkably like mine. I contacted a few of them and they were quite willing to share them with The Furrow readers too.

The interest has spawned hundreds of volunteer groups across Canada and the U.S. like Rose and Tweedle’s group, Peterborough Paranormal. Rose says everyone who reaches out has had a strange experience and are looking for validation; they need an outsider to come in and say I believe you.

Repeat visits. “Dad and grandpa passed away in February of ‘15,” Stephan Grubel of Upper Sandusky, Ohio, posted. “I was working ground in the one field and came around the corner with the tractor and there were dad and grandpa standing there watching me work and playing with our two dogs that got hit on the road a year before. I didn’t see them just once, but several times that spring in the same spot and then again in the fall. I live in grandpa’s house, I’m always seeing him sitting at the table drinking his morning coffee when I get up in the morning.”

RIP Berthold. “I pulled up to my cousin’s place,” Andy Schwering of Westport, Indiana, says. “The auger was running slowly, loading beans into the bin. I saw him leaning up against the tractor tire watching. He was hunched over, not his regular posture. I thought to myself, he was looking more like his dad (Nick) every day. But when I went over to the tractor, I couldn’t find him. I looked all around but saw nothing. Finally, I heard a beep from the truck parked nearby. My cousin was in the truck and had been there at least fifteen minutes. Nick was watching the auger for us. RIP Berthold.”

Protecting him. “When (my husband) Dallas and I first got together we had an unearthly visitor that did not want me around,” says Kathy Klemme of Akron, Iowa. “We live in a two-story farm house, one of the 4-square homes that dot the prairies. If I would dare to go downstairs at night, on the third step from the bottom, I would be accosted by a very austere elderly lady dressed in black with long boney fingers that she would shake in my face. It was always the same, ‘What are you doing here? What are you going to take from him?’ She let me know that she has been watching over him for many years. Years later I got to see a picture of his great grandma. It was her spirit that was protecting him.”

“Before the internet came along people were very circumspect who they spoke to about an encounter, just close friends and relatives and perhaps their local priest,” says Paul Kingsbury, a geography Professor and an associate Dean at Simon Fraser University in Burnaby, British Columbia. Kingsbury recently finished a four-year study on paranormal investigations and is writing a book on his experiences. He says the advent of the internet made people more open to sharing their experiences. The paranormal has gone mainstream; people watch all kinds of series about investigations into ghostly sightings, aliens or sasquatch on television or online. Ghosts in particular capture people’s fancy because they touch on profound questions like, is there life after death.

The shows inspired Mandy Rose and Sam Tweedle of Peterborough, Ontario, to start their own paranormal investigations team, Peterborough Paranormal. The pair has been probing strange happenings in Ontario’s Kawartha Lakes district for over 20 years.

“Everybody who contacts us says the same thing,” says Sam Tweedle. “People’s first reaction whenever they think they see something intense is to try to talk themselves out of it. It’s very common for them to blame it on being exhausted at the end of the day.”

“Everyone who reaches out has had a strange experience and are looking for validation,” explains Rose. “They need someone from the outside to come in and say, ‘I believe you, you’re not crazy.’” 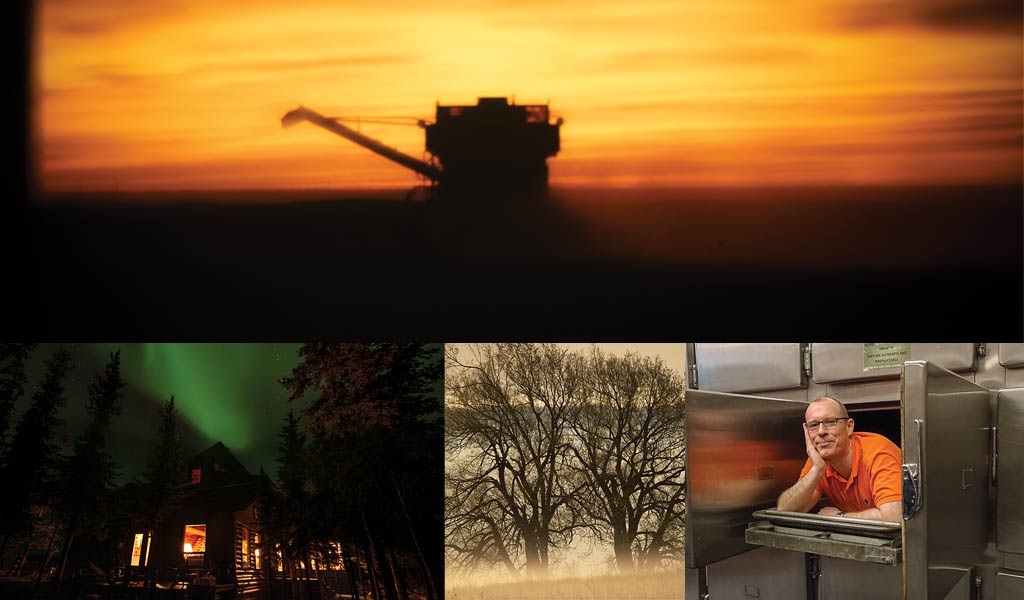 Clockwise from top. Did I really see my dead uncle driving a phantom combine? Paul Kingsbury says the paranormal by definition deals with things that can’t be proved or disproved by science.

Another theory is that spectral manifestations are a form of trapped energy that’s built up over time. An example of this, Rose says, might occur if someone came in from the barn and then went upstairs to clean up and change for dinner every day at 5:00 for 60 years. If you hear disembodied footsteps on the stairs, it’s not a ghost, it’s just residual energy attached to the place.

Ghost groups have an unwritten rule to not charge for their services,” Kingsbury says. “It’s a strictly voluntary service. They generally want to help people.”

“We do this because it’s our passion,” Rose says. “We’re serious about what we do. Don’t invite two dozen of your closest friends to come watch us do an investigation and expect us to be the entertainment for the evening. All the chaotic energy will keep us from finding anything. If you want to be entertained go on a ghost walk.”

Rose and Tweedle are both convinced ghosts are real. But don’t use Hollywood as your reference, Rose says. A ghost doesn’t need to be scary or demonic. For the most part, ghosts really are harmless, they’re just dead people walking around. I’ve been doing this for 20 years and I have yet to see Poltergeist activity, like dishes being thrown around. I know some have said it’s happened to them, but I’ve personally never seen it.”

“The paranormal by definition deals with things that can’t be proved or disproved by science,” Kingsbury says. “People are experiencing profound, unexplainable events, the question is what is causing them.” As a result of his research Kingsbury says he went from being a paranormal skeptic to a paranormal agnostic leaning toward the believer side.

So, did I see the ghost of my dead uncle driving a phantom combine or was it a combination of exhaustion and stress playing tricks on my imagination? By the cold light of day even I’m still skeptical that what I saw was a ghost. But wow, it sure seemed real at the time. ‡ 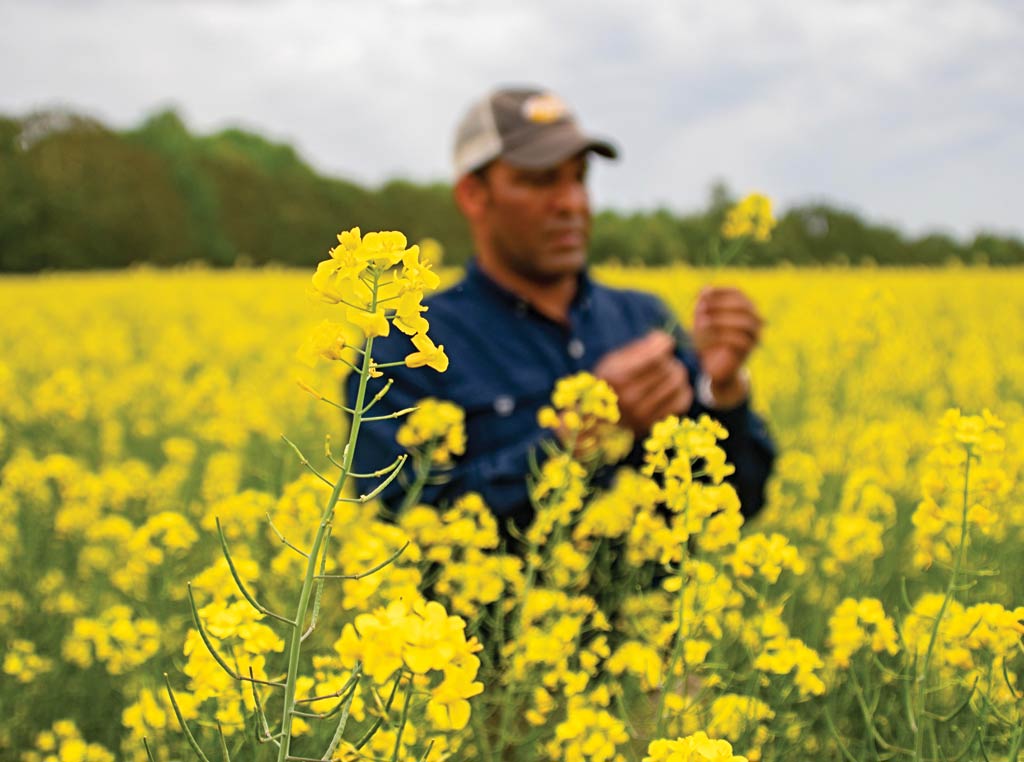 Extra hurdles made Black farmers a scarcity. Those left seek ways to balance the playing field for future generations.