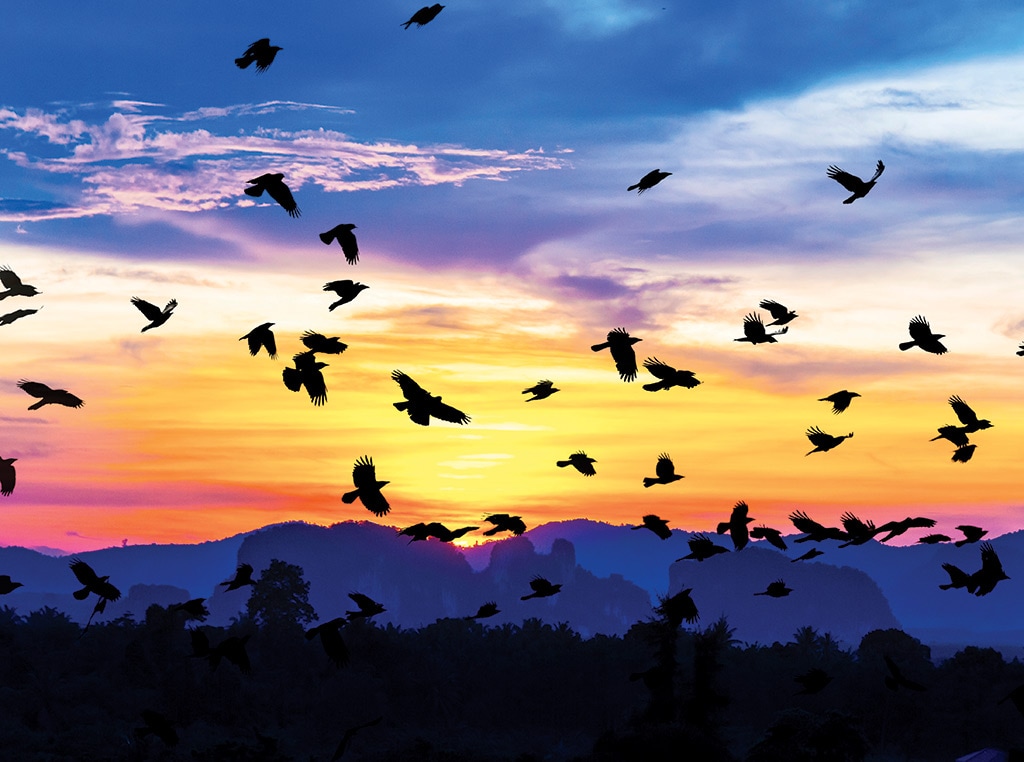 Step outside on a dark night and most people are amazed at the multitude of stars overhead. However, what they don’t see in that night sky is equally amazing. On some spring and fall nights, the stars are joined by hundreds of millions of migrating birds using those stars for guidance, taking advantage of nighttimes’ calmer atmosphere and using the darkness to avoid predators.

Mankind has long been captivated by the amazing ability of migratory birds to fly thousands of miles, knowing just where to go and exactly when to get there. Now, technology that includes NEXRAD weather radar and cloud-based computer modeling is helping scientists understand the mystery while giving bird watchers a heads up and conservationists a point of reference.

“Most species of birds migrate at night, so it’s been difficult for observers to monitor their progress and gauge their numbers,” says Kyle Horton, assistant professor at Colorado State University. “Recently, scientists have learned to use weather radar along with computer modeling and related technology to chart the journeys of billions of migratory birds. The resulting information can help protect these global travelers from a growing array of threats.”

Horton worked with colleagues from the Cornell Ornithology Lab and others to design a system to forecast nocturnal bird migration in the United States. Their BirdCast tool was evaluated using millions of radar observations from 143 weather surveillance stations over 23 years. 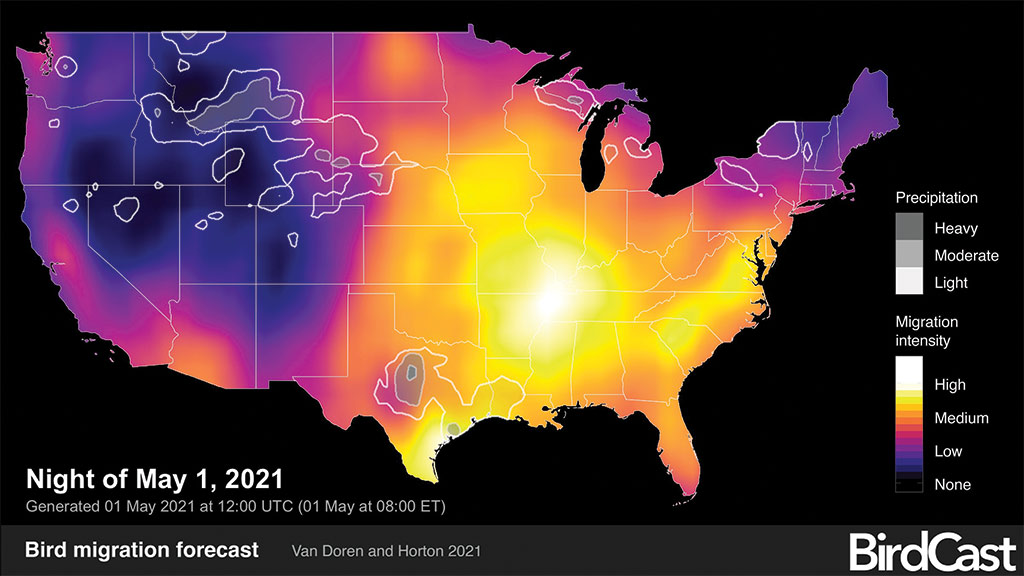 Most birds, especially song birds, migrate at night. Weather radars can spot them, and researchers from Colorado State University and the Cornell Lab of Ornithology have cooperated to develop the BirdCast system that provides realtime data and a three-day forecast of the level of migration activity across the U.S.

Up in the sky. Researchers have long known they could spot birds on radar—though initially were confused by their illusive ‘angel’ like appearance. The adoption of high definition NEXRAD radar in the 1990s added clarity to the picture and today meteorologists have to edit them out of standard weather data. However, computer modeling turns those blips on the radar screen into colorized maps showing the intensity of the migrating traffic.

BirdCast is available free online at birdcast.info. It presents realtime data in units of birds/km/hour. The traffic rate indicates the number of birds per hour that fly across a one kilometer line transect on the earth’s surface oriented perpendicular to the direction of movement of the birds. A forecast of the migration intensity for the coming three days is also available.

The forecast map at right shows the expected activity on May 1 of the recent spring migration period. That night proved to be the third heaviest of the season, with 579 million birds aloft. Activity peaked last spring on the night of May 14, when a whopping 700 million birds were in flight­—the highest count since BirdCast was launched in 2018.

BirdCast was instantly popular among anxious bird watchers, but it’s also proven to be valuable as a conservation tool. “We found that 50% of the birds pass over a given area in just ten nights of the seasonal migration and by taking specific conservation actions, we can reduce the risk to them significantly,” says Horton. 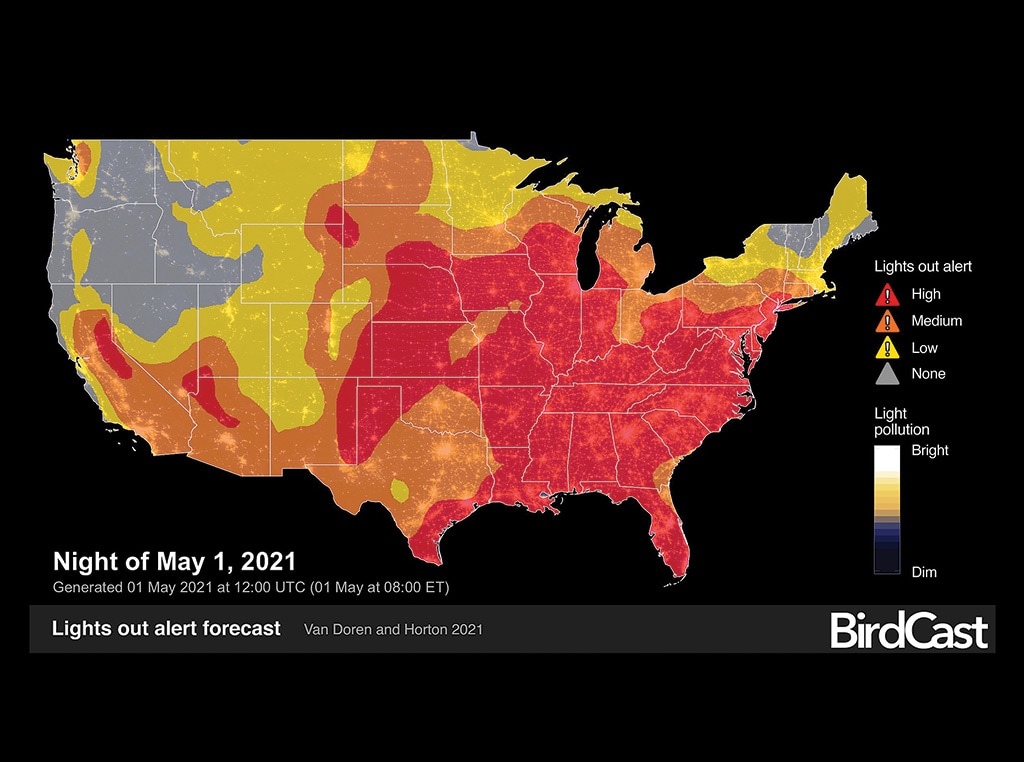 The recent and rapid expansion of artificial light at night has markedly altered the nighttime sky. Migrating birds regularly pass through heavily illuminated landscapes, and bright lights affect their orientation. In the spring of 2017, 400 birds crashed to their deaths in a single night by flying into a brightly lit high-rise in Galveston, Texas.

“Lights attract and disorient migratory birds, causing them to collide with windows and buildings,” says Julia Wang, BirdCast project leader with the Cornell Lab. “It’s estimated that 365 to 988 million birds are killed this way annually.”

Wang coordinates Lights Out campaigns that use BirdCast forecasts to encourage all levels of society—from the individual homeowners to large building managers—to turn off nonessential lights at night during these peak migration periods.

“If birds can fly thousands of miles through the night, the least we can do is flip a few switches to make their trip a little safer,” says Wang.

BirdCast makes these Lights Out alerts available as a map like the one shown below. Individual home owners and building managers can also subscribe to an online alert system that informs them of peak migration periods. ‡ 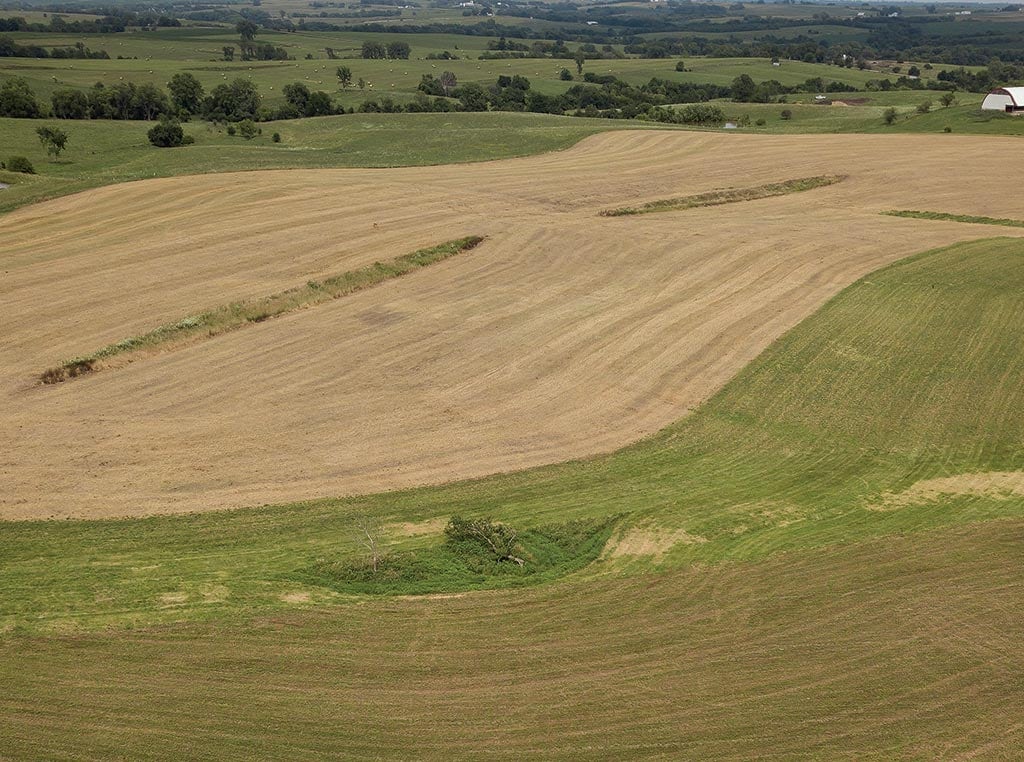 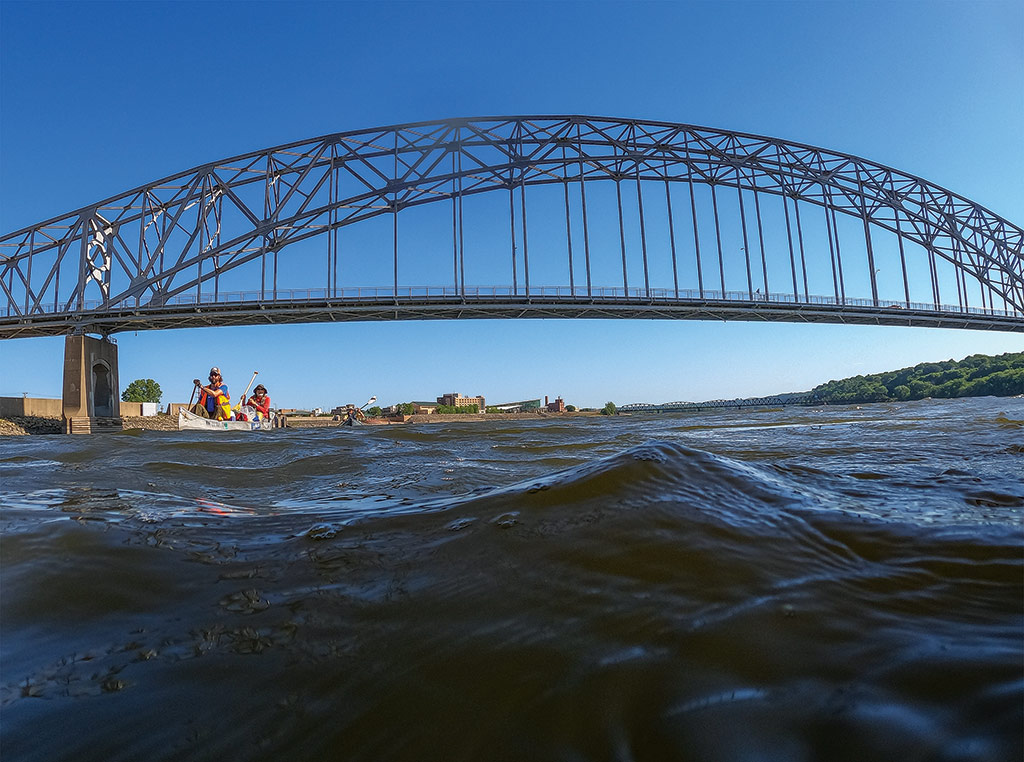