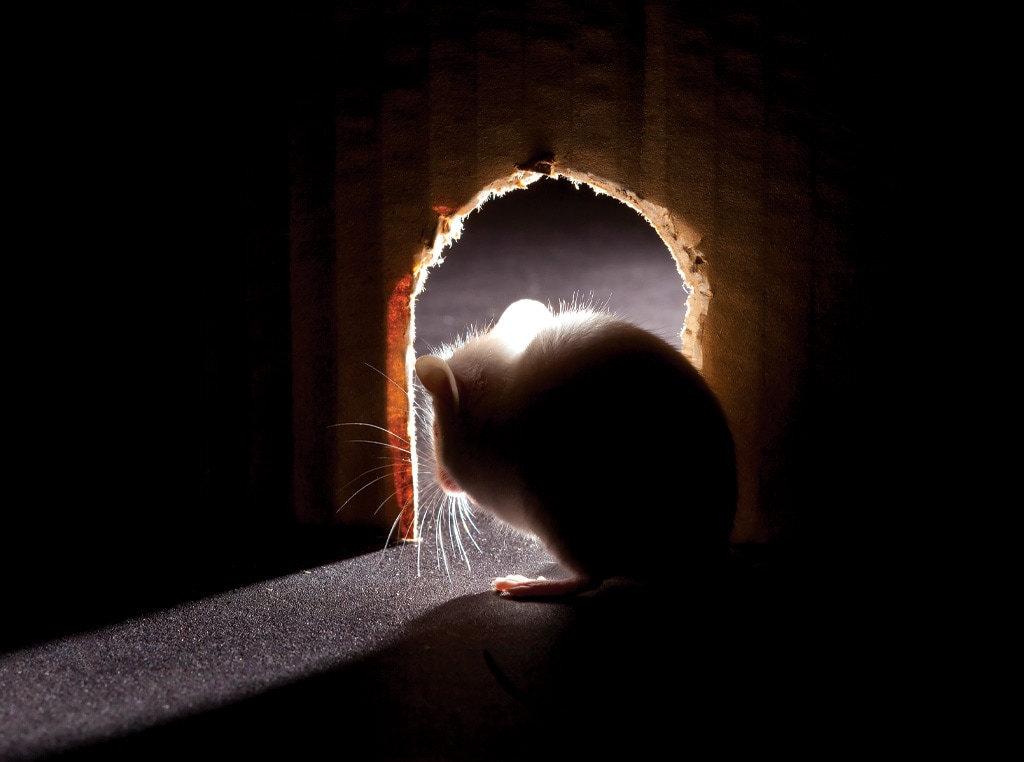 How do you keep the wildlife out of your home?

Tap tap tap — scratch scratch scratch. The rest of the house is silent; the clock edges closer to midnight but there it is again, tap tap tap — scratch scratch scratch. Something is clawing on the wood beneath the kitchen countertops. Hopefully it’s only mice. Being close to wildlife is one of the great joys of rural living; but just because you love watching the natural world around you doesn’t mean you want it living in your house. But anyone who moves to the countryside soon learns it takes constant vigilance to keep mice, raccoons, bats, or squirrels from invading your home; especially in early and late winter when they’re looking for food and shelter from the cold.

We moved into a converted waterfront cottage on the edge of the St. Lawrence River in Ontario in September 2019. Since then we’ve dealt with mice in the kitchen and the attic; raccoons trying to claw through the front door, skunks under the deck and a persistent woodpecker who tried to tunnel into the wood siding on our home. Welcome to country life! Sounds are often one of the first signs you have a developing problem, says Daniel Marin, owner of Marin Pest Management in Kingston, Ontario. The more gnawing and scurrying noises you hear in your attic or walls, the bigger the problem. The time of day you hear noises provides clues to what type of animal you are dealing with. If it’s only at night, and not during the day, it’s likely bats. “Raccoons are most likely to invade in the fall and are typically really noisy at night as you are heading to bed,” Marin says. “Setting a snap trap provides positive proof if you have mice; droppings alone don’t always tell the story.

You can tell if foxes or skunks are around through sightings and smells. They often take refuge under decks, so keep an eye out for suspicious holes or diggings around the edges.” “Carpenter ants are one of the most destructive pests you can have,” Marin says. If these very large black ants go unnoticed, they can gnaw away inside the wood structures of your home for years. He strongly recommends calling a professional exterminator if you spot one or notice a pile of sawdust where ants are entering the structure. It’s easy to attract an entire colony if you use the wrong bait.

Animals instinctively look for a place to shelter. If given half a chance they’ll happily take up residence in or around your home.

Wasps and honeybees can build nests or hives around your house or in your walls. If you have honeybees, a local beekeeper can come rescue them. “I started noticing a few bees congregating in a small area near the roof over an entrance to our home that we don’t typically use in mid-July (2020),” says Karen Briere in Pense, Saskatchewan. “We just ignored them and left for a week at the lake. But unknown to us they were going inside the wall. When we came back, there were a lot of bees. I called the Regina Bee Club and they sent out a volunteer to remove them. He cut a hole in the wall and found a huge hive and honeycomb there. I was actually quite impressed. He cut the honeycomb into pieces and used a bee vacuum to collect as many bees as he could, along with the queen, to rehome them. I think this was much better than poisoning them.”

“The best way to deal with pests is to keep them out in the first place,” Marin says. “Inspect your home before winter and in the early spring. Look carefully for any structural deficiencies that can provide entry points. These can vary; animals can get in through even the smallest holes in the foundation, exterior walls, soffits, roof valleys, roof intersections, pipe chases and so on. The secret is to stay vigilant.” Rodent holes can be blocked with cement or with metal. Foxes and skunks can be discouraged from setting up dens beneath decks by excavating a trench where the animal can dig or crawl under it, and installing metal or wood barriers to keep them out. “Hardware stores offer a wide selection of pest control solutions if creatures are getting in,” Marin says. If they’ve already caused major damage to your home, or if store-bought solutions don’t produce results within three days, call a professional. Each municipality has its own rules about how wildlife has to be handled. Animals must be humanely removed from the dwelling. Marin traps animals like skunk, fox or raccoons and releases them out in nearby fields where they won’t cause problems.

The morning after I first heard sounds in the kitchen, I armed myself with a flashlight and hunted through the kitchen drawers and the lower cupboards. I didn’t find mice, but I saw signs of them. Mouse droppings and spilled food from gnawed open packages and boxes were everywhere. We’d fought mice before in a former residence, so we prepared for a long battle. Our first step was to mouse proof our food supply. All food in boxes or packages went into hard plastic storage containers or glass jars with lids. Next we set up a classic mouse trap with a bit of soft cheese for bait. I caught the first mouse within an hour. Then, armed with steel wool and spray foam insulation, we carefully searched for points of entry in the walls, the crawl space beneath the house and by the soffits. It turned out there was a mouse expressway near the roof joists and a few more near the deck. We crammed them full of steel wool and sealed them with spray foam. All signs of rodents were gone within a week. Round one went to us!