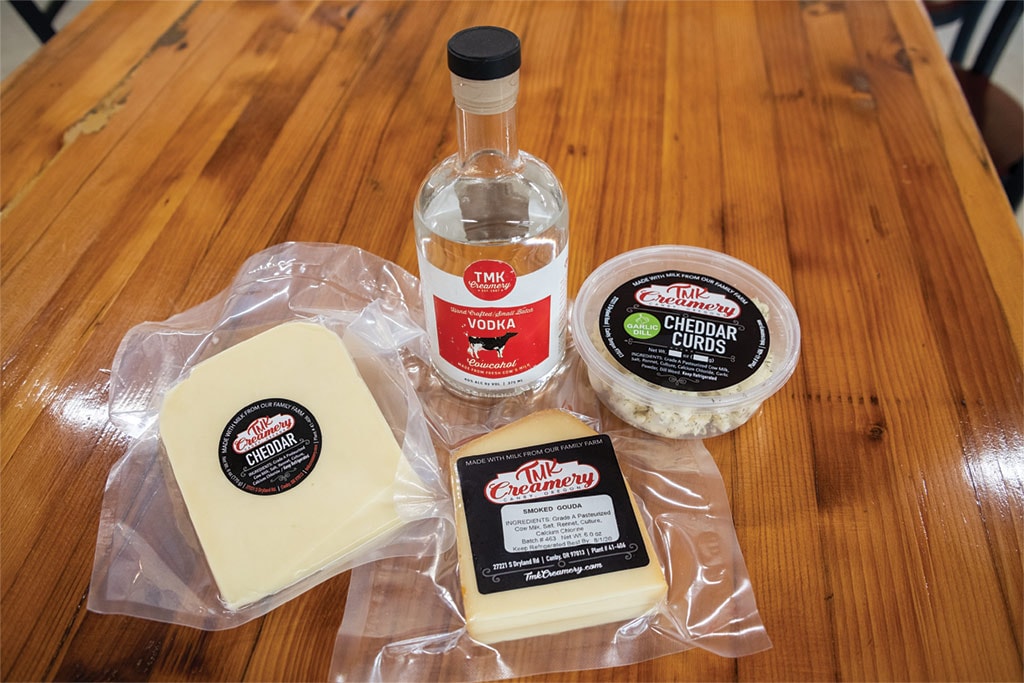 Milk with a kick

A tiny dairy with just 20 cows is making a huge splash with its “Cowcohol” vodka—distilled from fermented whey from its cheesemaking operation. The launch of the unique spirit last spring sparked a flurry of coverage in Forbes, Atlas Obscura, Australia’s ABC Country Hour, and more.

Cowcohol is just the latest marketing brainstorm from TMK Creamery, a family operation in Canby, Oregon, about 25 miles south of Portland. The Koch family welcomes visitors for farm tours, grilled cheese sandwiches and other dairy fare, and a line of cheeses that includes single-cow cheddar at $111 per pound.

It all started with Todd Koch’s first Holstein heifer, which he bought in 1987 as a 4-H project.

My grandpa told me to sell her, and I never did. I guess that’s why I’ve never made any money,” Todd says with a wry grin.

But it wasn’t funny back in 2016, when their local dairy co-op was purchased by owners who canceled TMK’s milk contracts.

“Right at that time, they told us, ‘you’re so small we don’t want to pick you up,’” recalls Tessa Koch, Todd’s wife, who leads the tours. “In 2017, we decided to do cheese. It was the hardest thing to get licenses and certifications for, so if we wanted to scale back to jugging or ice cream, we could do it.”

Todd, his brother Marc, and their father built a creamery just a few yards from the farm’s 1,000-gallon milk tank, and added a farm store for direct sales.

Meanwhile, Todd and Tessa tackled the marketing, promoting direct sales through the creamery store and selling to chefs. The couple also owns a cow/calf herd and farms 700 acres of hay ground in Oregon’s Klamath Basin, adding forage and beef into the mix. 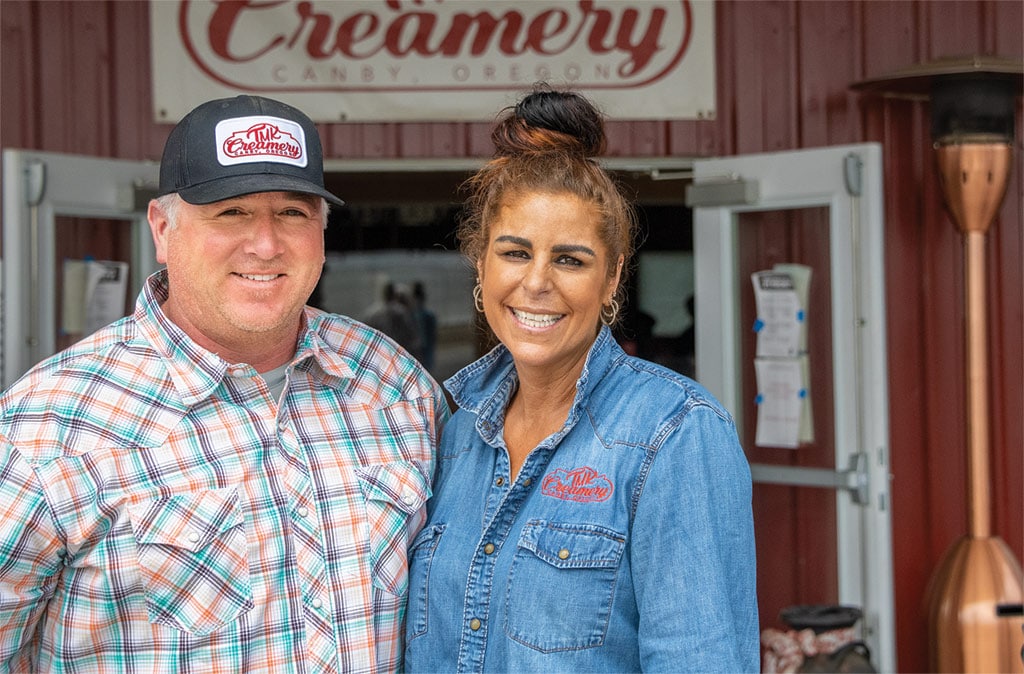 Todd and Tessa Koch find new ways to put their dairy and beef products “in their dress clothes” to capture premiums.

Bottoms up. A friend passed along an article about Oregon State University grad student Derrick Risner’s work on fermenting and distilling whey, which keyed them up for the next challenge: turning the whey from Shauna’s cheesemaking into premium vodka.

And what a challenge it was.

For starters, standard Saccharomyces brewing yeast can’t ferment lactose, the complex sugar in milk and whey, explains Paul Hughes, the Oregon State fermentation professor who led the project. So distillers either have to invest in an expensive enzyme to break the lactose into its digestible components—glucose and galactose—that the brewer’s yeast can turn into alcohol, or find a fermentation agent that can digest lactose, like Kluyveromyces marxianus, a milk spoilage microbe.

Then there’s the fact that whey contains just 3 to 5% sugar, which is slim pickings compared to alcohol feedstocks like malt wort at 6 to 10%, or sugar cane juice for rum at 13 to 18%. Fortunately, Hughes notes that it’s cheap to add lactose to whey to boost sugar levels.

Problem number three is that whey is full of compounds that can confer a wide range of flavors. Vodka, by its very definition, is supposed to be flavorless.

“To try to make vodka from whey is probably the pathological worst-case scenario,” Hughes says. “You can hear a pin drop in a quiet room, but not in a noisy room. There’s no flavor noise in vodka.”

In fact, Jason Greenwood and Jennell Ives of Divine Distillers in Salem, Oregon, always figured vodka would be too easy and short on personality to bother making.

But they said “yes” to the Kochs. They wrangled the strange yeast, worked with Hughes on continuous fermentation and distillation that would make Cowcohol financially viable, and found the ideal distillation temperature for capturing its unique flavors.

“It does have a sweetness to it, a creamy mouthfeel that I don’t get in other vodkas,” Greenwood says.

Plus, he adds, he’s proud to be turning a cheese byproduct into premium vodka and sending his own byproduct out as animal feed.

In short, it’s a win for tiny, local businesses. The Kochs, and their customers, can drink to that. 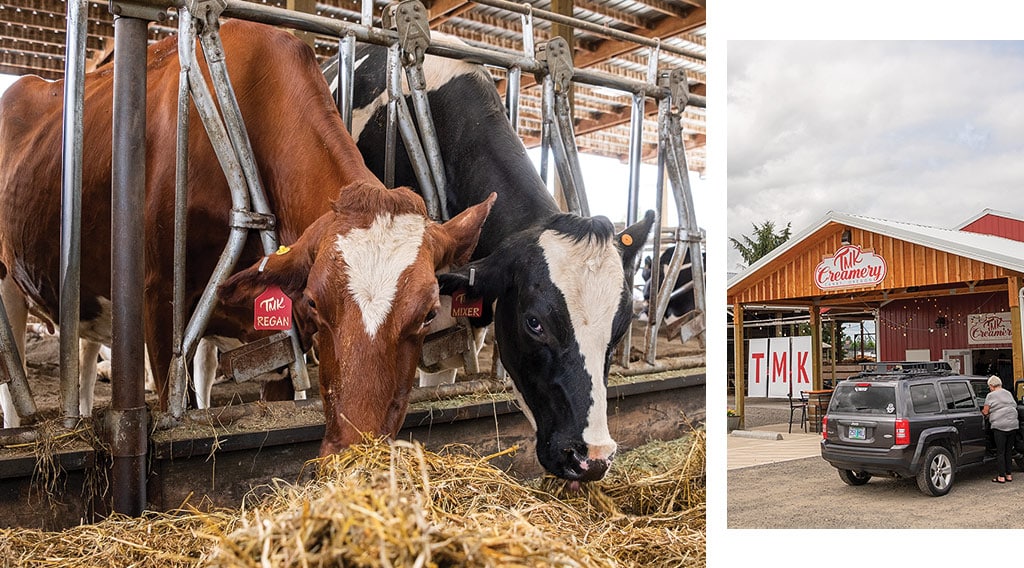 The shop is next door to the stalls. Each of TMK’s 20 milkers is a “Cow-lebrity” who welcomes visitors. 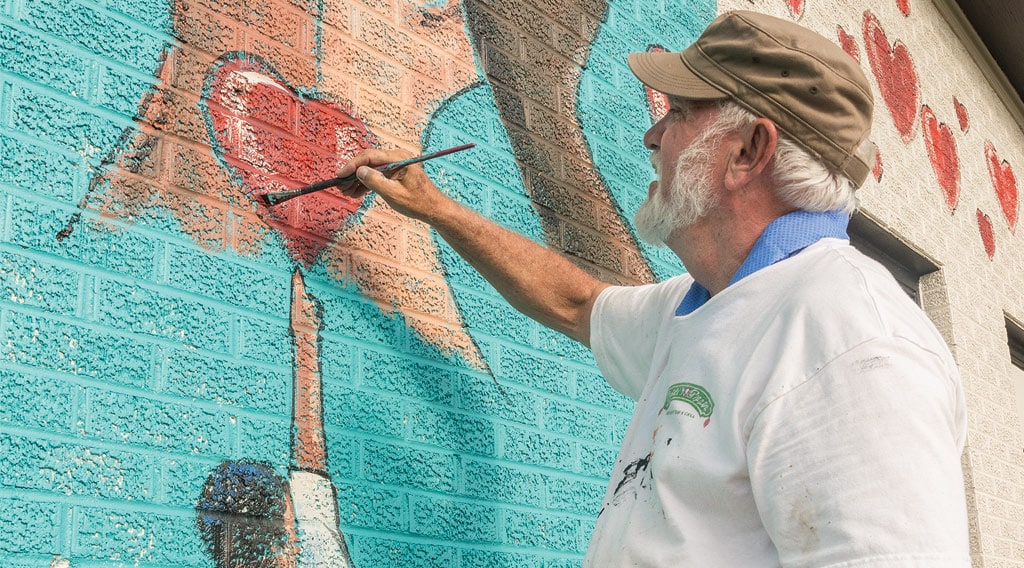