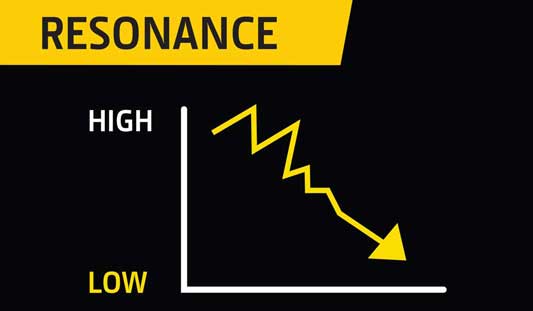 Advances in electrified vehicle design aren’t impacting only consumer vehicles, but are also beginning to influence equipment design and development in on- and off-highway heavy equipment. Almost all electrified vehicles have more than one substantial power inverter, with one or more dedicated to the electric drive system and others to features such as air conditioning, power steering and coolant pumps. Increasingly, major functional components that once required hydraulic power, such as a lift bucket or garbage truck compactor, are being electrified for more efficiency and greater control. Yet one often-inherent weakness of these machines, the resonance created between the capacitors of the multiple inverters, can result in poor reliability, decreased efficiency, and instability of the system.

When connecting multiple inverters with wires, there is an inductance in the wires that interacts with the capacitors in the inverters to cause what is essentially the electrical equivalent of a mechanical vibration. Resonance is the term that is used for the effect, and like a vibration, the effect occurs at a certain frequency. Resonance can increase the current and voltage of a system, leading to increased operating temperature of conductors and capacitors. Concerns regarding premature wear of insulation, isolation concerns caused by high voltage and overloading of capacitors and conductors increase when the voltage and current passing through the interconnections increase. Resonance can damage or reduce the reliability of the inverters in the system, as well as other electronic components vulnerable to its effect. Adequately stabilizing this resonance is difficult to do and presents OEMs with significant design challenges. John Deere Electronics (JDE) has spent years mastering those challenges, and the resulting solutions are surprisingly simple and effective in reducing system damage and increasing efficiency.

To select the solution that works best for the desired output and system specifications, JDE leverages years of experience designing and adapting electronic solutions for on- and off-highway applications. When developing systems with multiple inverters, the process begins by running all relevant data, such as engine performance, operating conditions and drive specifications, through mathematical models. These models help engineers and OEMs better understand the demands on the inverters and how they will respond to different integration techniques, and thus make more enlightened collaborative design decisions. After selecting the setup that best suits the application, JDE engineers are then able to work with OEMs during installation to optimize the inverters to meet resonance standards, helping to ensure efficient and safe operation.

While the methods JDE employs to minimize the effect of resonance on electronic systems are simple, their efficacy and accuracy make them reliable solutions when connecting multiple inverters. The range of inverters and connection techniques developed by JDE can be applied to many on- and off-highway applications. For more information, visit us at www.JohnDeere.com/JDE.