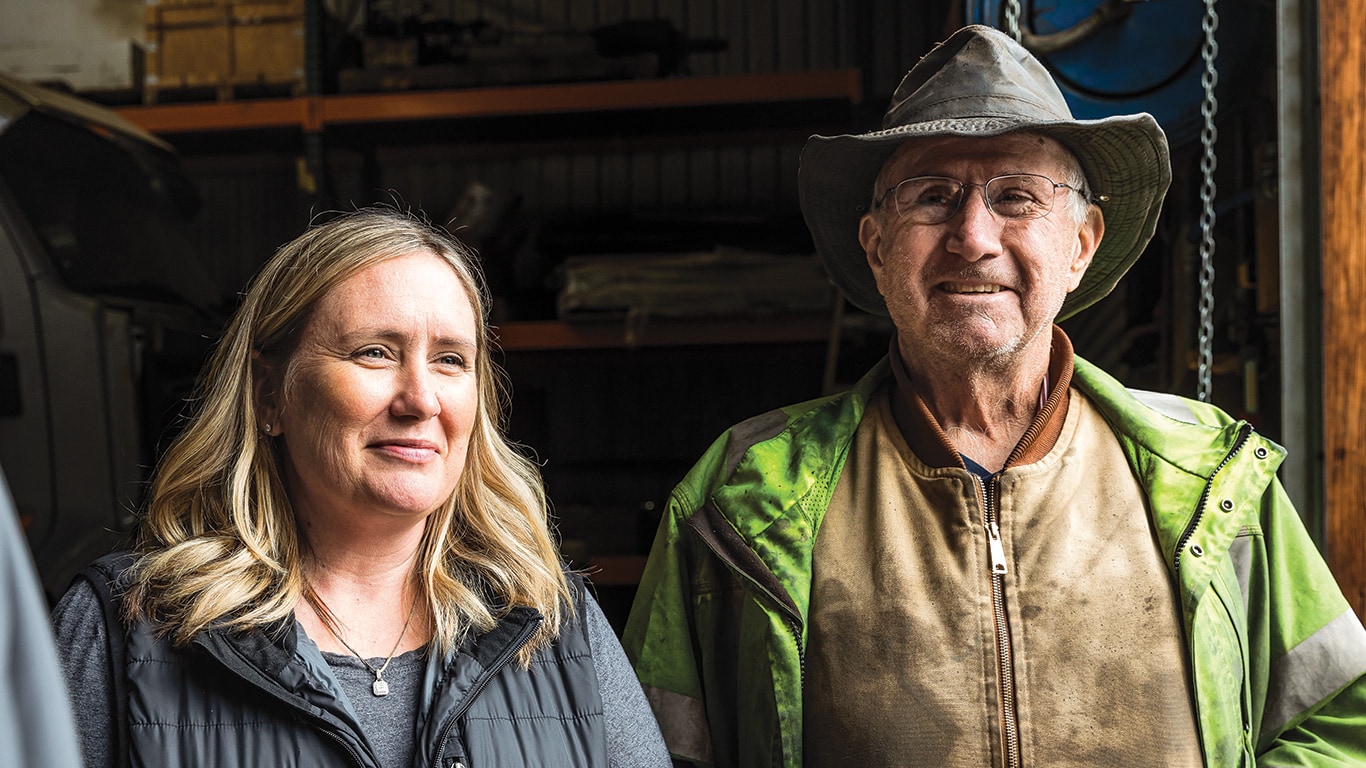 Hayley Ferguson has the construction business down to a science

Successful companies can often pinpoint specific milestones where they were able to take the next step forward and grow. For Tim Messer Construction, Auberry, California, that moment came in the spring of 2010. The company had been completing smaller projects for the United States Forest Service (USFS) and Southern California Edison® (SCE), when SCE approached them to take on a massive campground project. “I told my dad Tim Messer that this is what we had been preparing for,” recalls Hayley Ferguson, office manager and CFO. “I’ve always believed we were going to be really successful, so I said, ‘Let’s do it.’”

The company quickly proved itself and became an approved vendor for SCE. “It was a turning point for us,” says Ferguson. “It allowed us to invest in more iron and make a lot of connections. It took our company in a new direction. We were a very small construction company doing house pads, septic systems, and roads, but since then we morphed into something much larger.”

Ferguson met her husband Stephen while attending Cuesta College in San Luis Obispo. “We met in chemistry class,” she says. “People always find that funny. We must have had good chemistry (laughs).”

Ferguson enjoys working with her husband, father, and staff, and attributes the company’s success to, well, positive chemistry. “Some of our employees have been here over 20 years. We all really get along and support each other with our diverse talents. We owe that to my father. He always tells us how much he values and appreciates us. He’s a good person with a big heart, and that has really set the tone for this company.”

Ferguson and her husband camped at the campground that summer with their two small children. “We were trying to make it an adventure for the kids,” she recalls. Growing up, Ferguson remembers camping with her own mother and father during the summer while her father logged in the woods. “We never knew that Dad was working. We were just hiking and camping — spending time in the mountains and having fun.”

Ferguson admits that the Rancheria Campground project was daunting. “It was a long, hard summer. There were moments where I wondered if we could really do it. But at the end of the project, I thought, ‘Wow, we really accomplished that? It’s amazing!’ It looks gorgeous and it’s exactly what the customer asked for. Since then, we’ve completed many more projects that were big and complex, and I’m really proud of how our team has stepped up.”

“I’m passionate about what we do and about building a quality business.”

When she started college at California Polytechnic State University at San Luis Obispo, Ferguson dreamed of becoming a news broadcaster. But after entering the ag business program, she discovered a love for marketing. After completing an internship with a produce company and graduating in 2003, she started to apply for marketing jobs in the ag field. “I told Dad I might be taking a job in the Salinas Valley where there is a lot of farmland and agriculture.”

Her father nonchalantly asked how much people coming out of college made. “Looking back, I should have told him $100,000 (laughs). But I gave him a much lower figure, and he told me he’d pay me that. He’d let me create my own job with flexible hours. I took the job a week later and have been working for him ever since.”

Today Ferguson wears many hats, including taking care of employees and payroll, managing the fleet, and ordering new equipment. She also handles accounts payable, accounts receivable, and any other financial aspect of the business. “When I’m not at the shop or in the field helping solve problems, I’m pretty much behind my desk crunching numbers to make sure things are going to work out. I’m passionate about what we do and about building a quality business.”

Her husband is field operations manager for the company, which runs John Deere equipment almost exclusively, including John Deere 50D, 60D, and 60G Compact Excavators and numerous Compact Track Loaders (CTLs) including two John Deere 333Gs. “The mini excavators, skid steers, and CTLs are the most utilized pieces of equipment we run,” he says. “On campground projects with narrow trails, they can go where we need them to go. And with a variety of attachments, they are so versatile and give us a lot of flexibility.”

“If I were only able to buy one piece of equipment, it would be a John Deere compact machine,” adds Ferguson. “There’s not a day that goes by that we don’t use them. John Deere is just top-of-the-line quality. The machines are almost never down.”

Outstanding service and support from their local dealer help make sure the machines are always up and running. “I can’t say enough about our people at Papé Machinery. We feel valued as a customer and that they understand our needs. They answer our calls no matter what time of day. They’re always available, they’re friendly,

Ferguson claims the company would not be able do the volume they do without John Deere Financial. “It’s the best financing in the industry. We’ve bought many of our machines with zero-interest payment plans, which has allowed us to purchase more equipment.”

“Women have always been welcomed and well received in this industry.”

Recently Ferguson hired a new construction manager, Ginger Cardoza, whom she calls her “right-hand woman.” “Steve and I kept throwing names around and they were all men,” says Ferguson. “I’ve known Ginger’s family for decades. She saw the qualities of our family and company, and she jumped on board. She does a wonderful job and goes above and beyond educating herself on things she doesn’t know. I believe in every case women in the industry are fully capable of doing exactly what their male counterparts do.”

Cardoza maintains RFI (request for information) submittals, processes paperwork, updates plans, and helps Ferguson with accounting work and any other office support needed. “The Messers are an amazing family and it’s an honor to be a part of this team,” she says.

Prior to joining Tim Messer Construction, Cardoza worked for an architect for 20 years. She is familiar with many construction companies in the area, including several that are owned by or employ women. “Women have always been welcomed and well received in this industry,” says Cardoza.

“It’s awesome that women are making an impact,” adds Ferguson. “I think there’s a place for everyone. We all have our own unique talents and perspectives. You just have to have the determination to work hard, persevere, and not take no for an answer.” 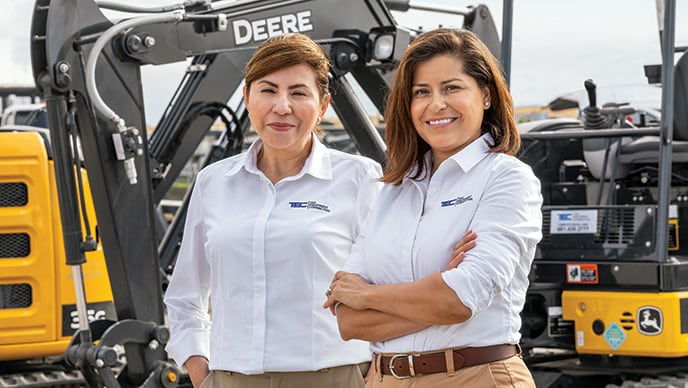 The women at the helm of The Equipment Connection (TEC) are giving contractors the tools they need to succeed.

Check Out the TEC Story 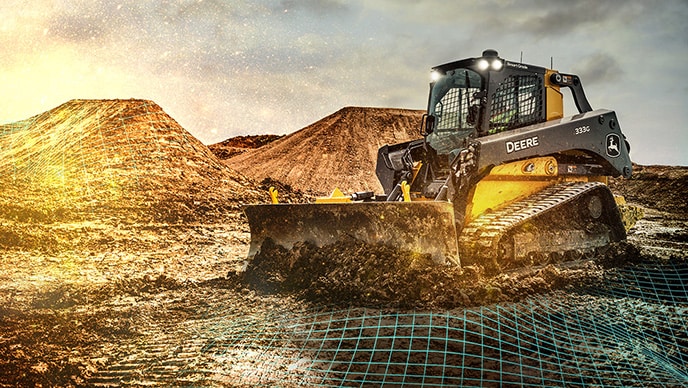 A former motocross athlete used John Deere equipment to create an elite racing track in the heart of the Midwest.

Check Out the Dream Traxx Story

Ready to inspire others

We are always looking for opportunities to feature women and advocates for women in construction in future editions of the Worksite Journal. To be considered, share your story or someone else’s by filling out this form.