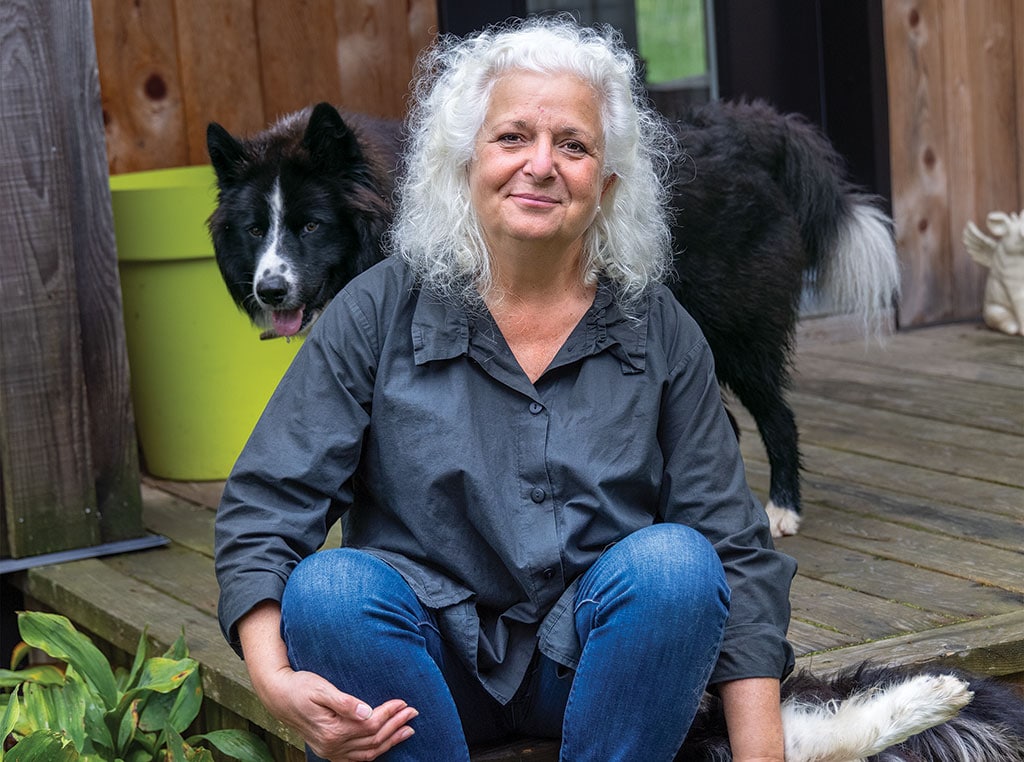 Marie-Thérèse Bonnichon and Denis Carrier never planned to become farmers, but when they did they found caring for their livestock changed their lives.

Couple reinvents their life in their 40s.

Some dream of becoming farmers before they reach kindergarten and learn to operate farm machinery before they’re old enough to get their driver’s license. But that’s not Marie-Thérèse Bonnichon and Denis Carrier’s story. The former nurse and museum designer fell into farming by accident in their late 40s, and quickly found they loved it. What they lacked in formal knowledge they made up with curiosity, savvy, and a bit of luck.

Nothing premeditated. “We were living on the South Shore of Montreal 15 years ago and for no real reason it suddenly became important to us to own a small piece of land,” Bonnichon says. “So, when we came across 176 acres of land for sale near Magog, Quebec (a resort community in Quebec’s Eastern Townships) we bought it. We had no real plans for it; nothing was premeditated.”

For the first two years, they’d head down with their five young boys and stay in the old farmhouse and rent it out for short stays the rest of the time. But the family fell in love with the region and decided to uproot their suburban lives and create a unique country retreat. They converted the property back into a working farm and began selling meat from animals they raised directly to consumers.

They also replaced the crumbling old house with a 21st century interpretation of the traditional Quebec farmhouse design. One section was designed to be a farm store and one wing was set up as a year-round bed and breakfast catering to groups. They aptly named it “Au Pied Levé,” a French-Canadian phrase that means, “ready at a moment’s notice.”

The couple chose to raise Highland cattle solely because they’re such a beautiful breed. It turned out to be a wise choice for the inexperienced producers as they rarely have calving problems and are known for their hardiness. In twelve years, Bonnichon has only had to call a veterinarian twice. They added Boer goats, ducks, guinea fowl, turkeys, chickens and pigs as time went by. Their direct meat sales have thrived since the pandemic; they’re increasing their animal numbers by 30% to meet the demand.

“Honestly, we just fell into farming, but we love it,” Bonnichon says. “It’s really changed the way we look at life. and has given us goals we can share as a couple.”

Farm to table. In addition to Ferme Au Pied Levé’s gourmet breakfasts, they added a venture to showcase the food they grow. They obtained the Quebec Tourism’s designation for a Table Champêtre. Three or four days a week they offer a gourmet dining experience where 60% of the cuisine is made from products grown on their farm.

“We’re privileged to be able to make our living with agriculture,” Bonnichon says. Being located by Magog brings lots to our doors. But Au Pied Levé isn’t a regular BNB with a regular restaurant. Most people tell us we have a great place and we’re doing a great job. So we get lots of pats on the back. What more do you want?” ‡

The couple raises a menagerie of animals including Highland Cattle, Boer goats, ducks, turkeys, chickens, guinea fowl and pigs that are processed and sold as freezer meats. 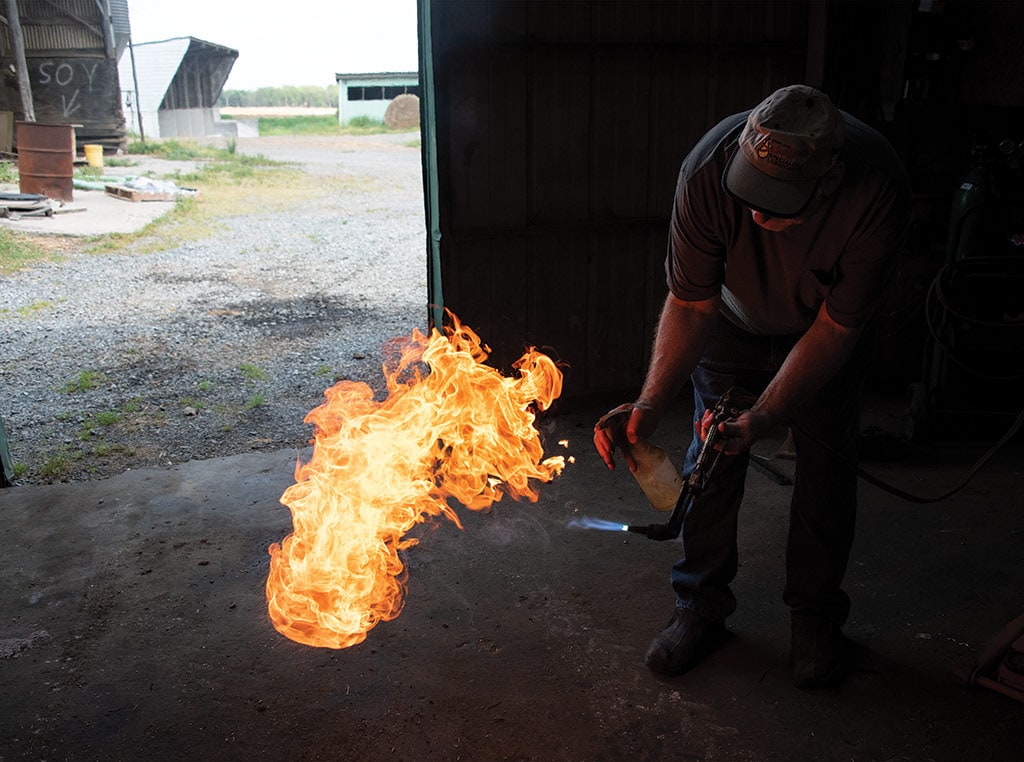 Tinkering keeps the fun in farming. 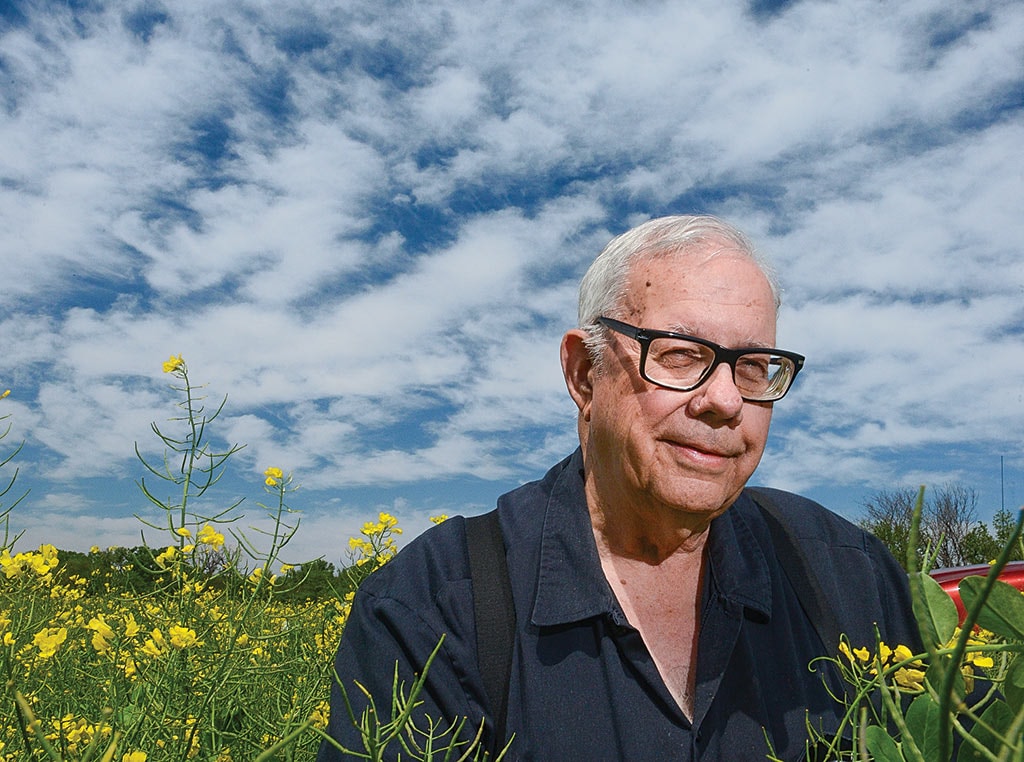 What an amazing time to be involved in agriculture.