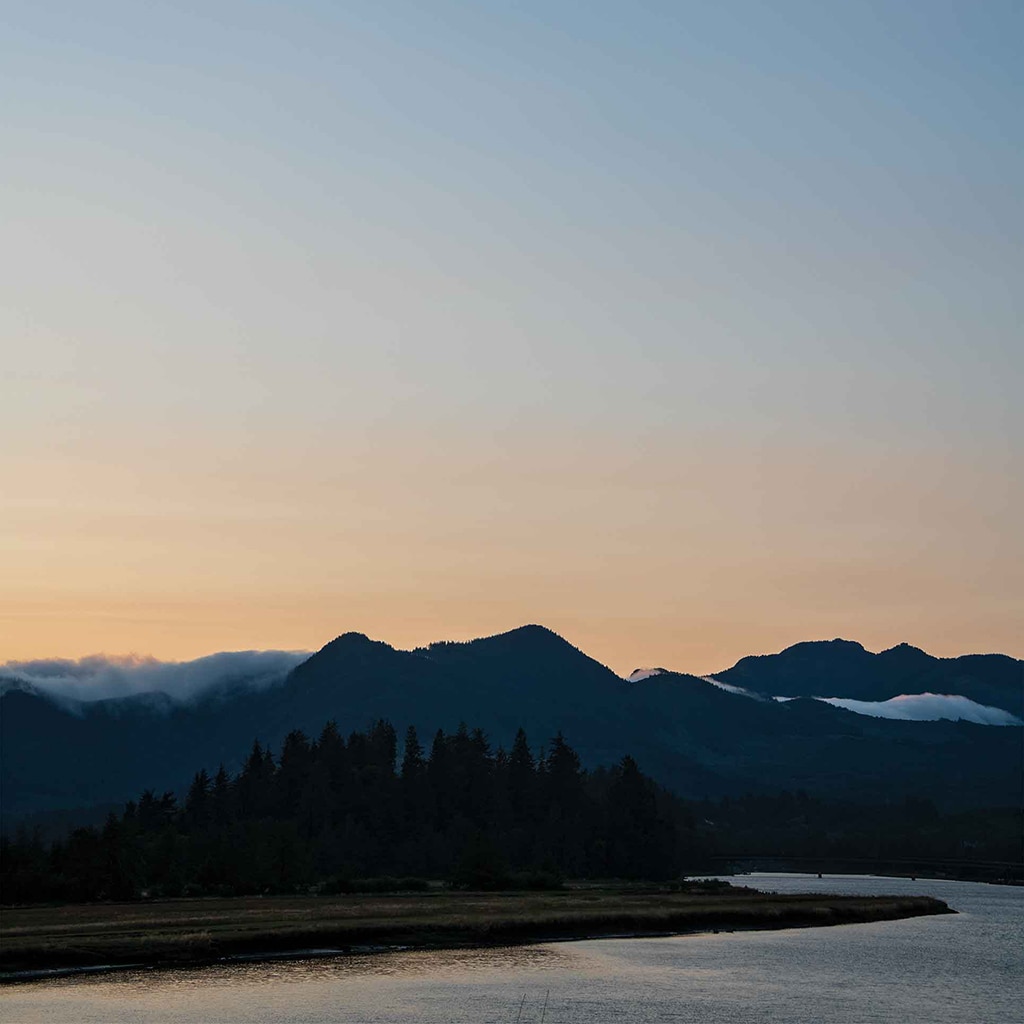 From Shop to Shore

In just a few short miles, Oregon's North Coast links forested mountains, grassy valleys, and the rocky Pacific shoreline, the whole tapestry stitched together by winding rivers. The area's food scene is linked just as tightly, with farmers, fishers, and chefs bound together by local bounty and their deep love of the region.

All the way. Visitors to the 100-mile coastal strip from Neskowin, Oregon, to Astoria at the top of the state's map can experience those connections through the North Coast Food Trail. Like many farm trails across the U.S., the North Coast Food Trail connects the pasture to the plate in a string of farms to visit. But it goes further, linking the Pacific to the plate, too, tying in oyster beds, fish markets, restaurants, and more.

"It's beginning to end. It's the start of that process all the way to the table and into people's mouths," says chef Jake Burden of Offshore Grill in Manzanita.

From its start in 2018, the North Coast Food Trail was about breaking down barriers—rural/urban, natural resources/tourism, and producers on both land and sea.

Nan Devlin, executive director of the Tillamook Coast Visitors Association and architect of the North Coast Food Trail, says the idea was her reaction to a regional strategic plan promoting tourism. Though there are nearly as many dairy cows as people in Tillamook County and about 500 farms there and in neighboring Clatsop County, the plan overlooked them.

"It had outdoor education. Wonderful. Cultural heritage. Wonderful. But not a word on culinary or agriculture," Devlin recalls. "I thought, 'My goodness, I'm living in a farming utopia, a seafood utopia. How did this get missed? We are all working in silos.'"

Sixty farms, fishers, processors, restaurants, and hotels signed on the first year. The next year, Sunset magazine named it "a foodie road trip you can't miss."

The broad approach of the North Coast Food Trail reflects the diversity of the North Coast economy, notes Derrick Josi, a fourth-generation dairy producer in Tillamook whose TDF Honest Farming Facebook page has a global following. He points out that his school friends were as likely to come from fishing or logging families as from farms.

"A lot of times, the ag community wants to stand on its own, and we're such a minority of the population," Josi says. "It's not like we're 40% of the population anymore. You're going to have to start bridging and finding people you can ally with and realize that their success is our success."

After more than a decade of behind-the-scenes work with farmers and hunger issues, Food Roots opened a retail shop on Tillamook's Main Avenue in 2018. The Food Roots Marketplace quickly became a shop window for local farms and the Food Trail.

"We're almost like a local-food visitor center," says Lauren Sorg, Food Roots executive director. "Restaurants buy from us, local farms sell to us, and our staff carry so much information in their brains about opportunities for engaging with farms or local food or restaurants. It's a great physical location to really increase the Food Trail's visibility."

Food Roots is more than just a storefront. The organization helped round up grants and research that culminated in a farmer-run delivery service with a new, refrigerated van that makes weekly loops in Tillamook and Clatsop counties and runs to Oregon's largest city, Portland. 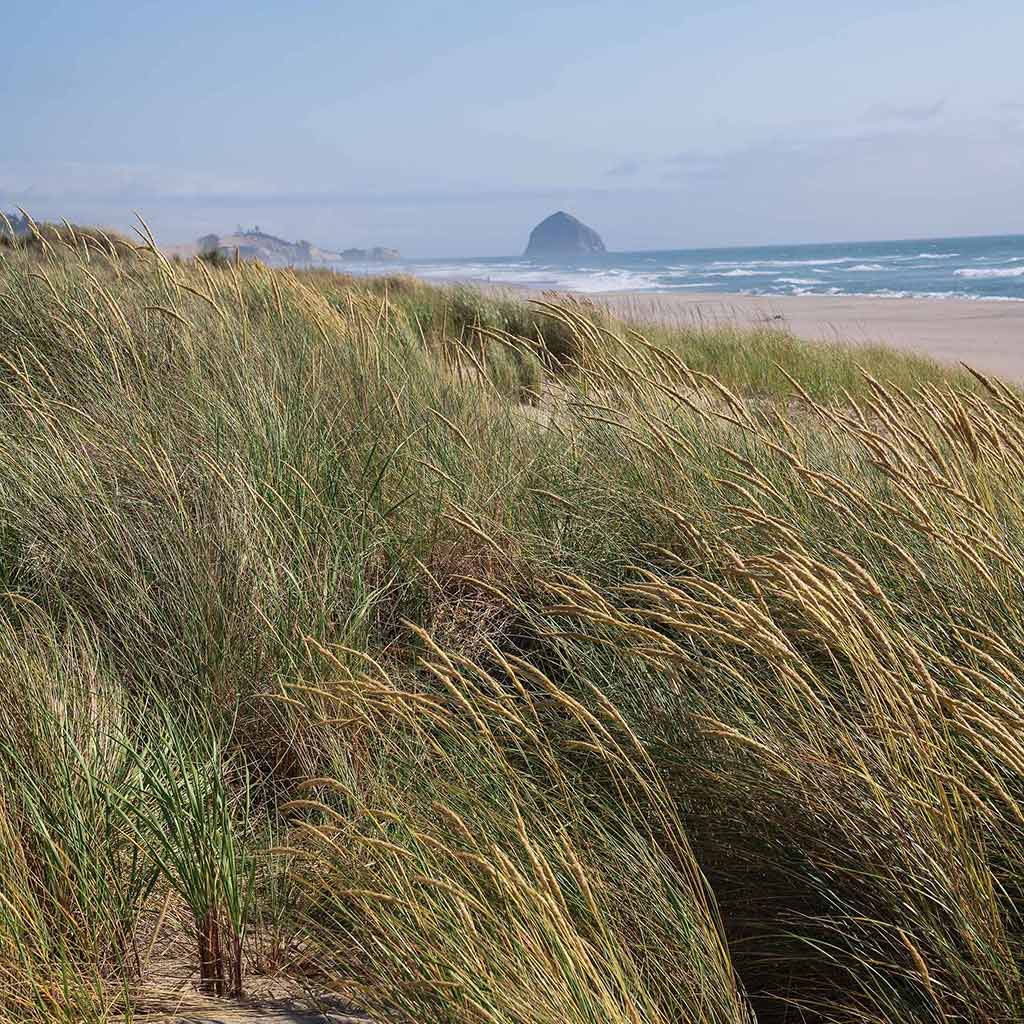 Above. Oregon’s North Coast has a wild feel.

The van sits proudly at Nehalem River Ranch, where Jared Gardner and his wife Hilary raise pastured beef and pork on 100 acres, and coordinate the consolidated deliveries while thinking of new ways to create a rising tide that helps their neighbors.

Their farm manager's goats bleat in a shed. Bees buzz in hives whose sloped roofs drain 90-plus inches of annual rainfall. An acre of flowers farmed by a local family glows with color.

"We have the land base to support up to 4 or 5 other families to make a full-time living," says Gardner, a former lender who says providing some land, or space on his website, is a way of paying forward guidance he received from ranchers when he started.

"If we have an asset—real wealth—in our community, how could we share it so that everybody wins from it?" he asks. "There's no loss. It's not a zero-sum game. I don't lose anything. In fact, I gain by having a community of producers. The flower farmers are bringing their own community to the table and bringing eyeballs to their project, and maybe those people want beef or pork or honey, too."

Jeff Wong of Garibaldi took a similar tack. He returned to the coast to launch a new career in fishing after years in the tech industry. He was frustrated that his sushi-grade, fresh catch was devalued by being lumped in by processors with frozen fish gathered over days by big trawlers. And he was appalled that local chefs often waited days for deliveries of fish caught just offshore but processed in high-volume operations hours away.

In Netarts Bay, Todd and Tamra Perman bridge farming and seafood with their JAndy Oyster business. They seed pepper-grain-sized oyster larvae on sandy beds. In 12 to 18 months, the oysters are ready to harvest. As Todd and his crew sort their shellfish, locals and tourists alike belly up to their raw bar for a taste of the bay.

It all comes together on the elegant plates served by chefs like John Nelson at the Meridian Restaurant at Headlands Lodge in Pacific City or Jake Burden at Offshore Grill, early supporters of the North Coast Food Trail who continually promote the bounty of local producers.

"The better you see them doing, it makes you feel good because you're seeing their dreams grow,” says Burden. “And that's what it's all about. It's about community." ‡

Above. Local right down to the garnish, Jake Burden's Dungeness crab cakes are a North Coast showcase. Burden at work in the Offshore Grill kitchen. Freshly formed crystals capture the essence of Netarts Bay at Jacobsen Salt. 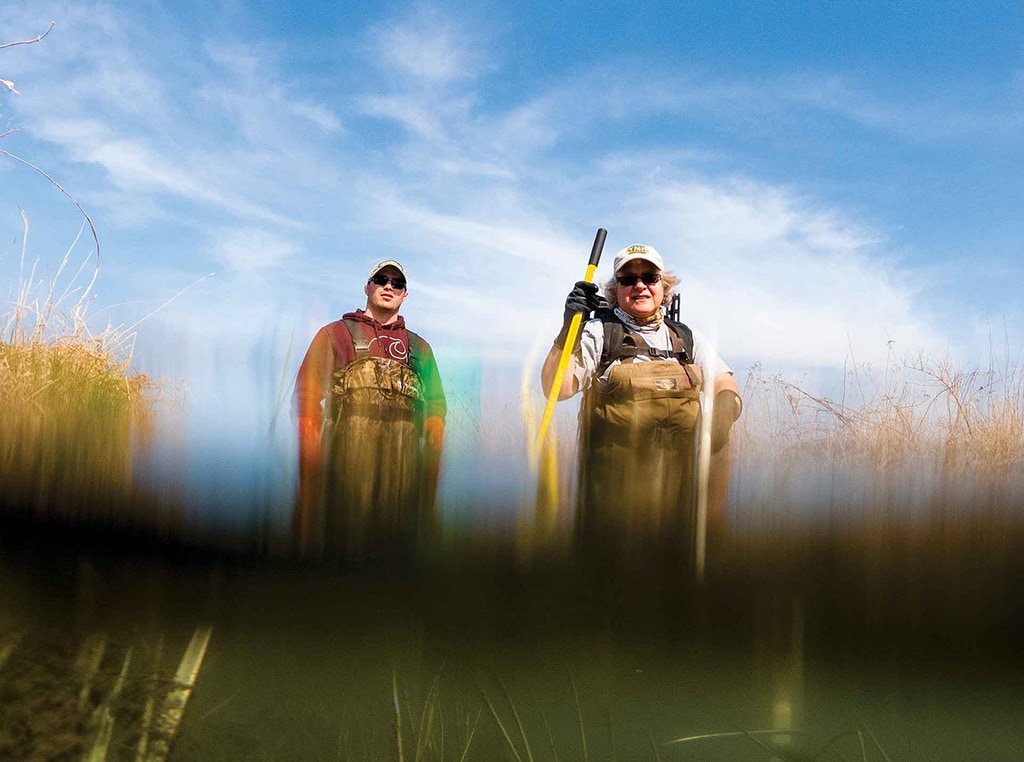 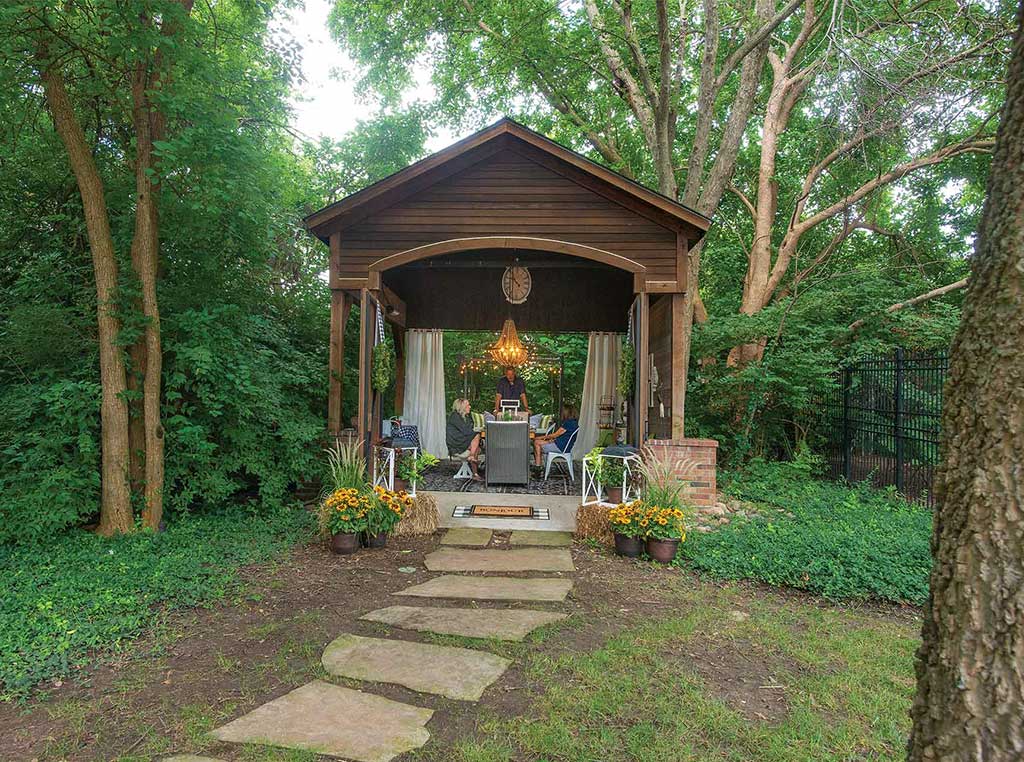