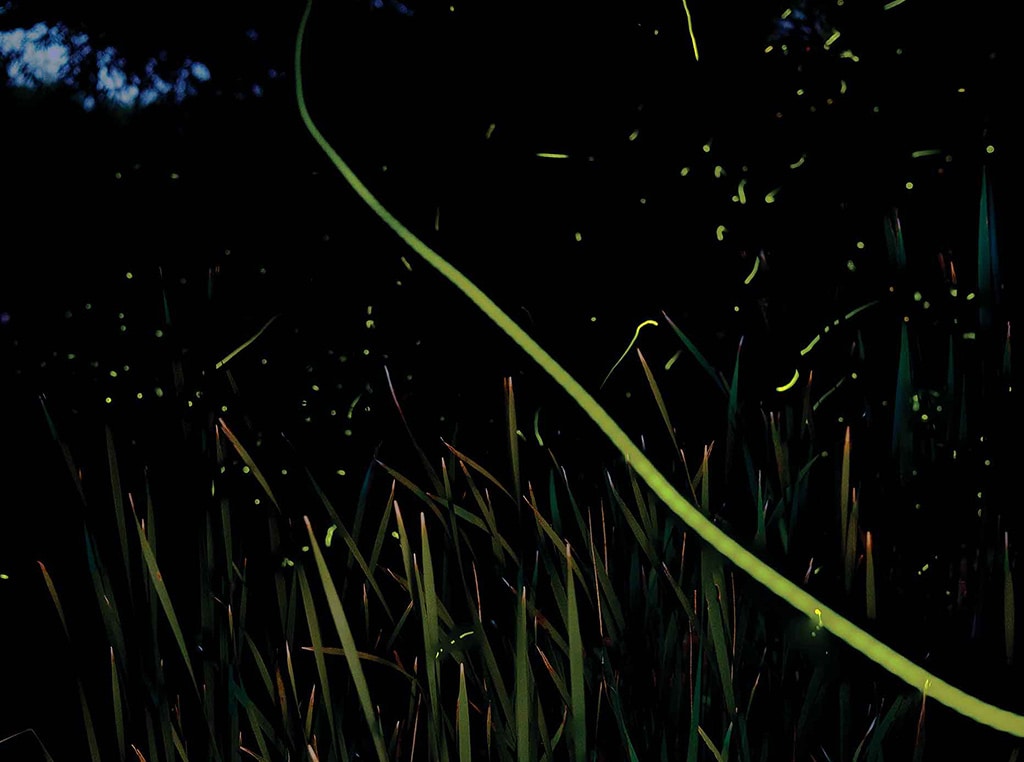 When darkness begins to settle on early summer evenings, the sparks begin to fly in many back yards, landscapes and field borders. The magical scene is courtesy of the incessant flashes of light from fireflies—or lightning bugs—that are surely one of nature’s most fascinating species.

“Fireflies not only captivate children but also spark fond childhood memories for many adults. They’re truly an insect that everybody can love,” says Sara Lewis, author and professor of biology at Tufts University in Medford, Massachusetts.

The primary purpose of fireflies’ quick, bright flashes is to find a suitable mate and Lewis admits to spending two decades of her career researching intimate details of the insects’ sex lives. “Their courtship is extremely complex. To attract the attention of females—who stay mainly in the grass and trees—flying males emit a particular pattern of flashes that varies by species and may consist of single, double or multiple pulses repeated at regular intervals. If a female is interested, she will respond by flashing back,” explains Lewis.

Lewis adds that this dialog may continue for up to an hour as the pair determines if they’re a good match. “Other than staying within the same species—and there are roughly 170 in North America and 2,000 in the world—the female may be looking for males with a faster, more intense flash indicating greater strength that would improve survival of her eggs.”

Bioluminescense is the technical term for fireflies’ ability to make light, and it’s an amazing chemical process, according to Ben Pfeiffer, founder of the Firefly Conservation and Research organization (www.firefly.org).

“The firefly’s tail, or lantern, contains two chemicals—the luciferase and luciferin. These two interact with other components, and oxygen that the insect takes in, to excite the molecules and trigger a flash of light.”

Pfeiffer says firefly light is referred to as ‘cold light’ because no heat is generated. “It’s the most efficient light in the world—100% of the energy is emitted as light. Compare that to an incandescent bulb, which emits 10% of its energy as light and 90% as heat.” 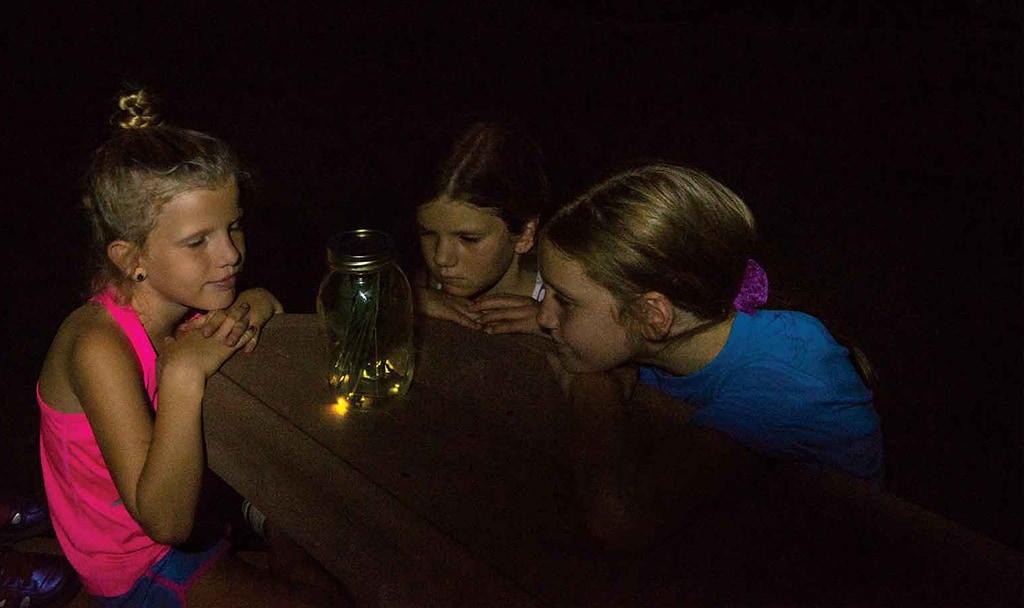 Sisters Kaylee (left), Addison and Breckin (right) Dunbar marvel at the glow of lightning bugs (fireflies) caught on a summer evening on their rural Kansas homestead.

Light shows. The color of light from fireflies varies by species and ranges from green to yellow to red. Flash patterns can also change according to the time of night or other conditions. Not all species light up and some—known as glow worms—simply do as their name implies. However, some that do flash have learned to use the ability in unique ways, like males that mimic the flash of others to reduce competition during mating. In another example, females of one species will mimic the flash of another species to draw in a male suitor destined to become a meal rather than a mate.

Most amazing is the ability of a few species to synchronize their flash patterns. “This creates an absolutely stunning symphony of light,” says Lewis. “Synchronous species of fireflies exist in only a handful of places throughout the world and viewing them has become a major ecotourism attraction.” The Great Smoky Mountains National Park (www.nps.gov/grsm) is the most popular such site in North America. The peak of the two week light show varies from May to mid-June and access is through a ticket lottery. In 2019, 28,958 people from all 50 states and 19 countries applied for roughly 8,000 shuttle passes.

Smaller colonies of synchronous fireflies can be viewed elsewhere, including the Allegheny National Forest, where they’re celebrated by an annual firefly festival (pafireflyevents.org). However, these displays pale in comparison to those in several southeast Asian countries where forests are awash in flashes.

Pfeiffer adds that fireflies’ flashing isn’t all about sex. “It’s also a defensive technique. When attacked, they emit a substance that is bitter and may even be poisonous, so predators quickly learn to avoid the blinking bugs.”

Lights out. There’s a concern among firefly enthusiasts that their beloved beetle is in trouble. “In many places numbers appear to be declining,” says Lewis. “We’re working with the Massachusetts Audubon Society (massaudubon.org) on a community science based Firefly Watch project that’s gathering hard data on numbers in the U.S. and Canada.”

Lewis recommends the free publication Conserving the Jewels of the Night: Guidelines for Protecting Fireflies in the United States and Canada. “Fireflies thrive in open fields, forest edges and marshes and a lot of that habitat is disappearing. There are many things homeowners can do to slow the decline, because if we lose fireflies we lose the gift of wonder from one of nature’s most stunning ambassadors,” she says.

“Light pollution also contributes to declining firefly numbers,” adds Pfeiffer. “Artificial light disrupts their ability to signal each other and interferes with mating, meaning there’s fewer fireflies in the future. Luckily, it’s easy to be part of the solution by simply turning off exterior lights in the evenings when fireflies are active.”

Pfeiffer’s website gives other advice on how to help fireflies, including leaving lawn grass taller, allowing logs and litter to accumulate in fringe landscape areas and minimizing use of pesticides.

The site also provides tips on how to catch fireflies and how to keep them in the iconic glass jar. It recommends poking a hole in the lid for air and adding grass and a wet paper town or coffee filter in the bottom. If you keep them more than a few hours add a slice of apple in the jar as well. 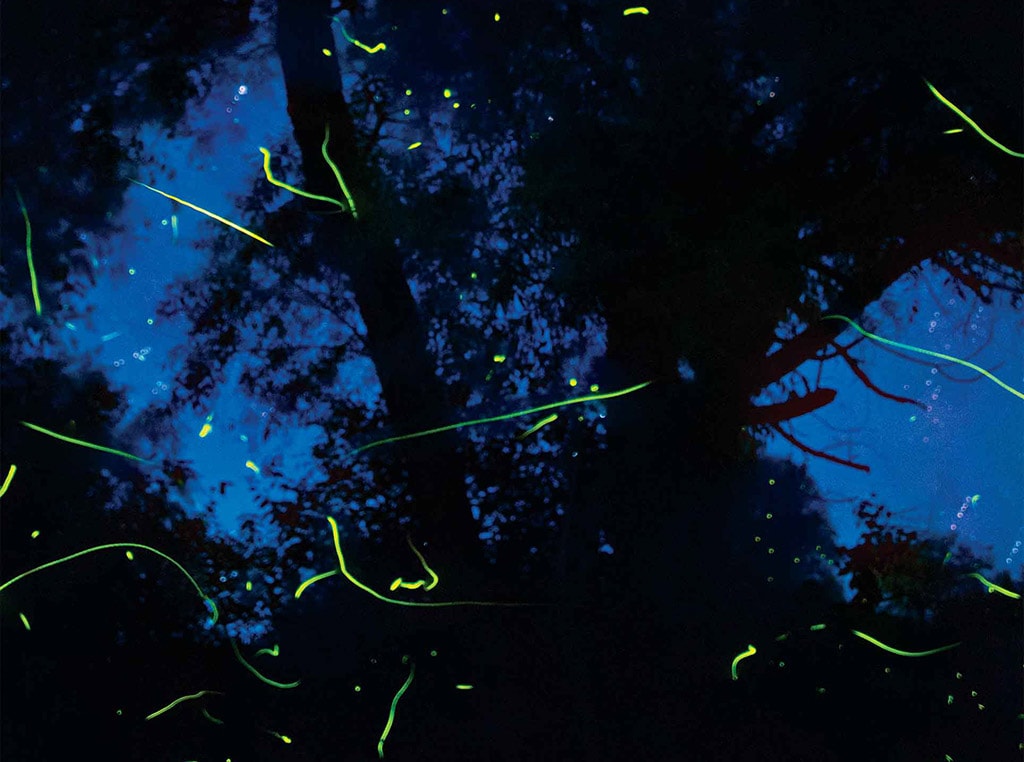 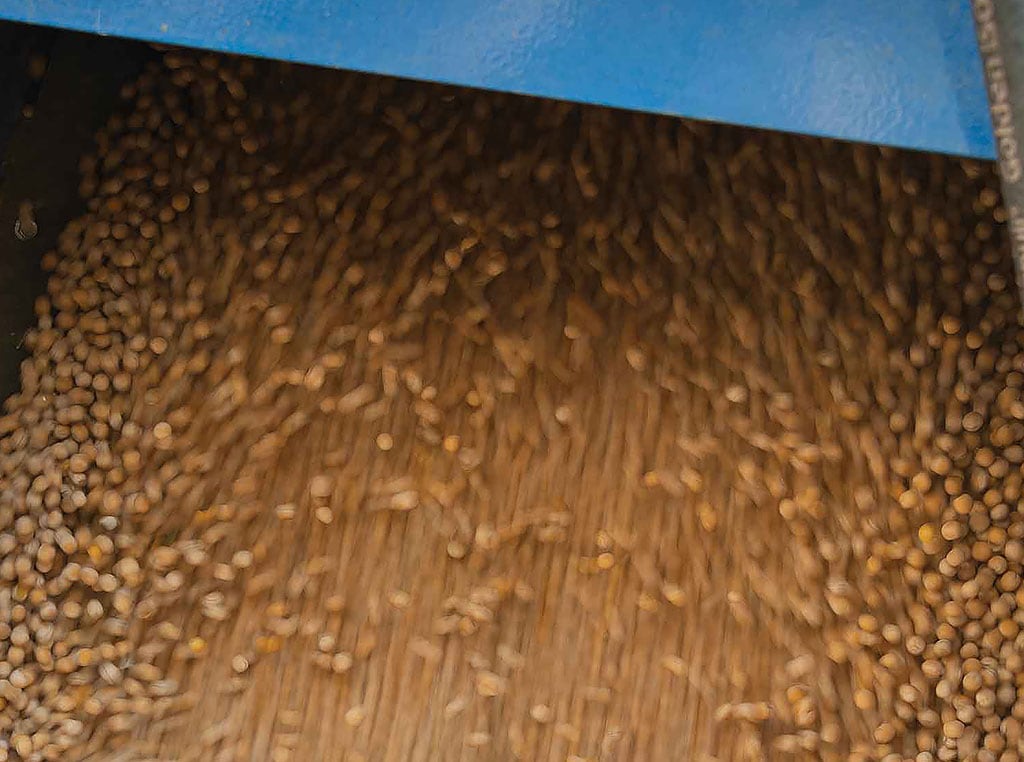 From Forage To Food 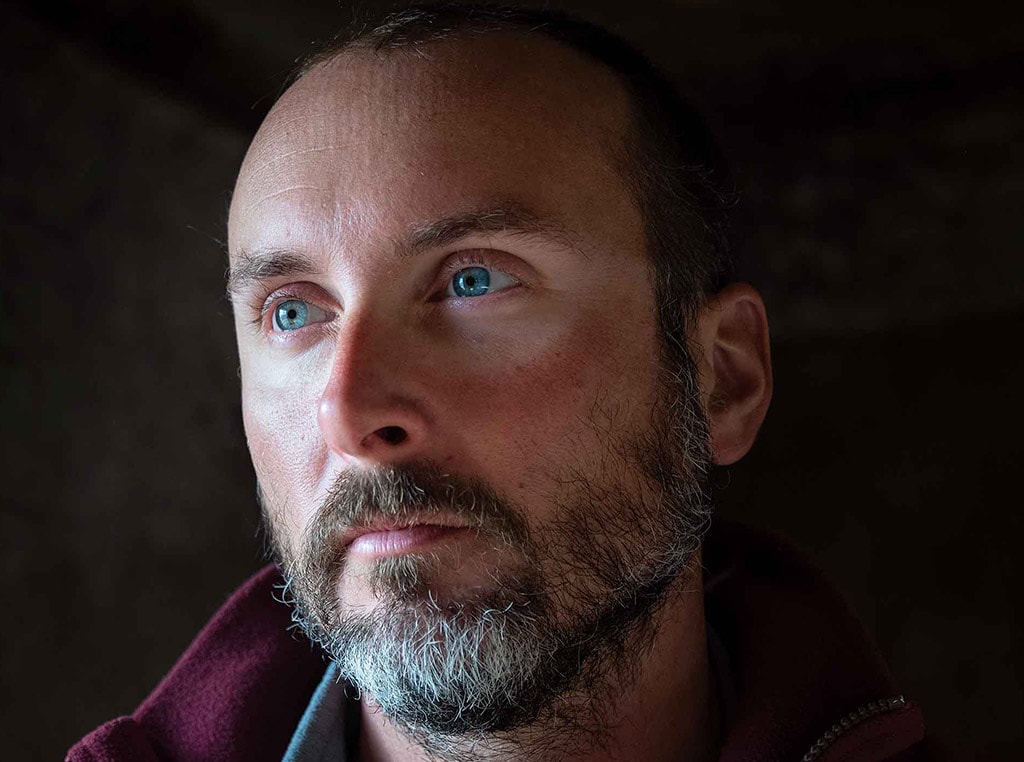