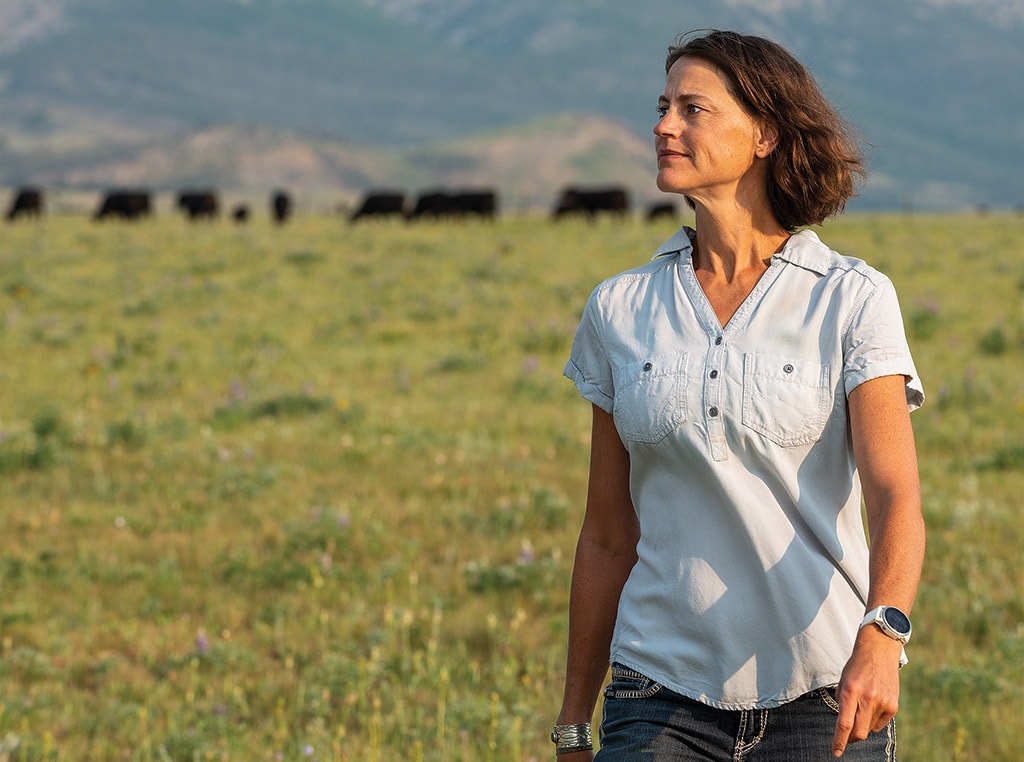 Though fat, shiny and frisky as yearlings, mature dry cows are destined to disappoint on sale day.

Not for Two Dot, Montana, rancher Lanie White. She skips the sale ring, processing cull cows into high-quality hamburger — and adding some cushion to the ranch’s bottom line.

White purchases many of the roughly 200-head of cull cows her family’s 2,000-head herd produces each year. The ranch immediately benefits as she pays a premium price — usually at least $0.10 over market.

Cows are then processed into high quality hamburger selling to individuals and through food distribution channels under the name Great Alone Cattle Company.

“The purpose of my meat company is to turn a low-value ranch asset into a little bit higher value product,” she says.

The trick to making this a successful venture is to avoid what her dad, Mac, calls the, ‘Whole Set’ problem. What this means is you need a market for the whole cow, not just the most desirable bits.

“Anybody can sell steaks all day long, but what do you do with the rest of the cow?” White says.

Steaks should be left to high volume meat companies. 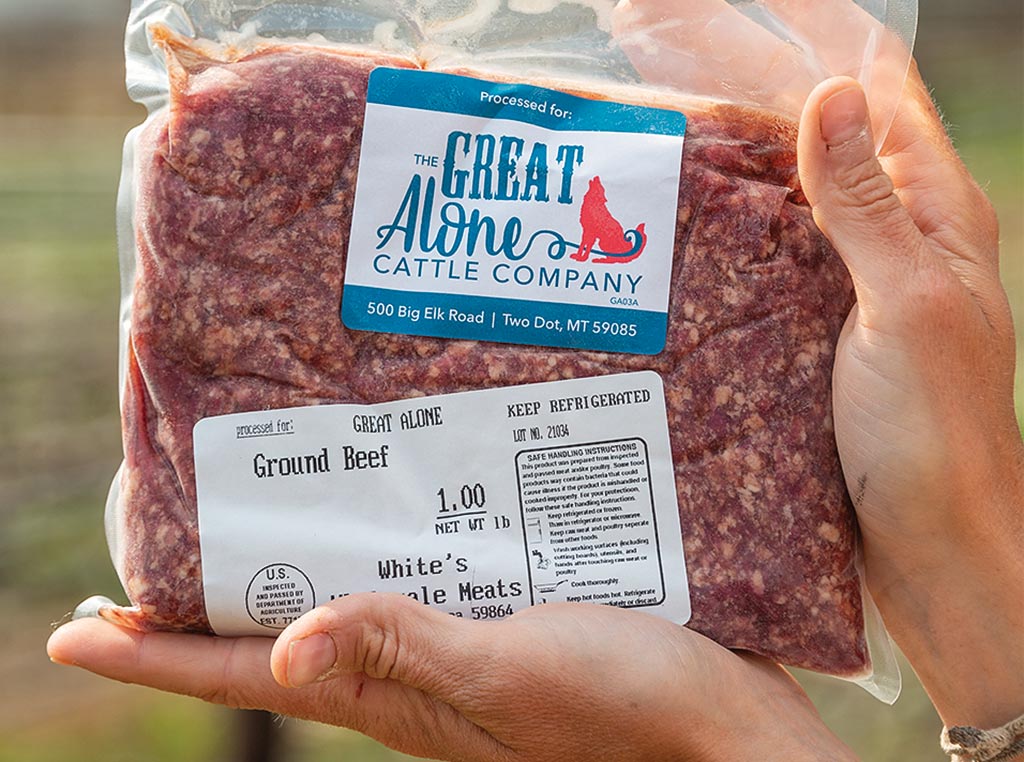 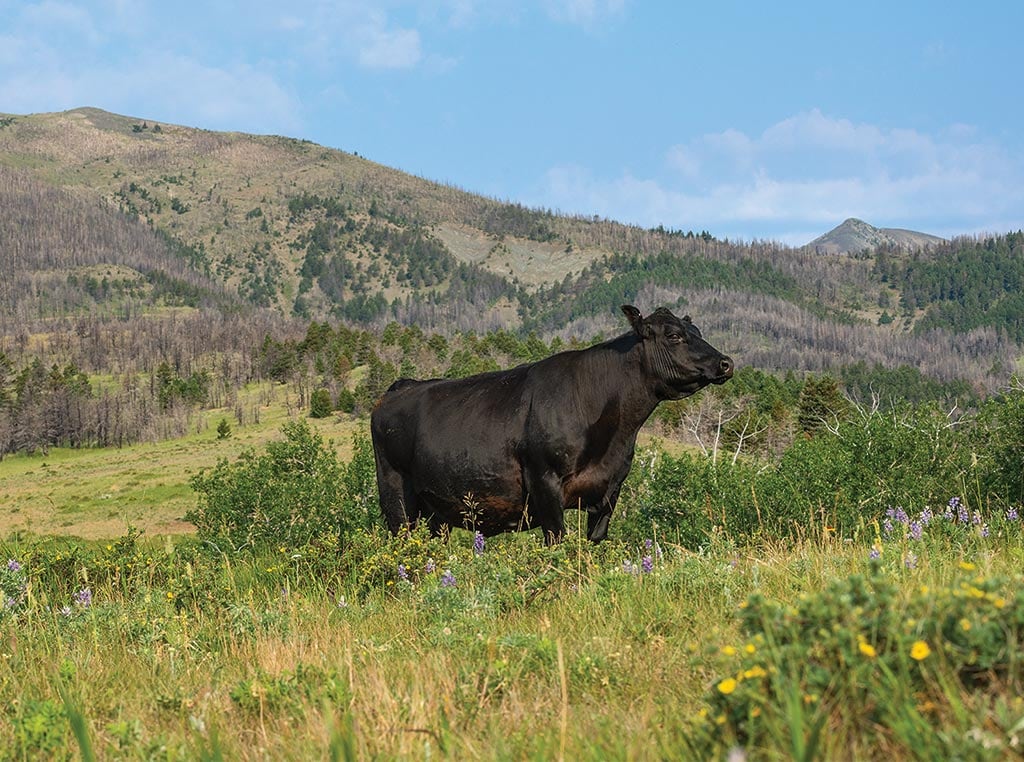 Above. White only has one-pound and five-pound hamburger packages to manage for inventory instead of multiple cuts, a key to success. Range-fat cull cows are purchased at a premium price from the ranch.

This is why when White cold called distributor FSA, the representative quickly sought to dismiss her saying, ‘We don’t need steak.’

“I said, ‘Good. Because I’m grinding those cuts up for my hamburger,’” White says. Each cull cow produces around 450 pounds of grind. That’s a level of production that actually can be seen as a serious supplier for distributors.

“I go all fan girl when eating there. It’s just so cool to be involved in something full circle,” White says.

In the mix. White founded Great Alone in 2017. The first product was beef sausage. It failed.

“We’re still eating sausage,” she laughs. But failing is learning.

The ranch has an abundance of forage, so dry cows are left to graze.

Starting in June, White hauls eight head per load 300 miles to a processor in Ronan, Mont. Lanie, her partner, CJ Hermanson, and their 2-year-old son, Jack, make the grueling trip every few weeks.

“Not all hamburger is made the same and not all facilities yield the same amount of hamburger from a carcass due to their practices,” she explains. She toured every USDA inspected facility in the state before she was satisfied.

The facility uses grinder plates with larger holes than most, making for a better eating experience.

The grass-fat, natural product tastes and even looks different than most hamburger.

“Commercial hamburger can be made of trim from over 1,000 animals. My grind isn’t leftovers. It’s what I make. It’s a high-quality, consistent product,” White says.

All her own. Some would argue launching a meat company is a lot of extra work, almost too much. White agrees, but it’s worth it to her. For one, she needs a challenge.

In a prior life, White was a geological engineer with her own business. She returned to the family ranch when daily ranch work began to tax her aging parents.

She’s passionate about the ranch, but it’s a collective effort.

“It’s nice to have something of my own again. Great Alone Cattle Company is just mine. It’s a great complement to the ranch, but it’s mine,” she says. ‡ 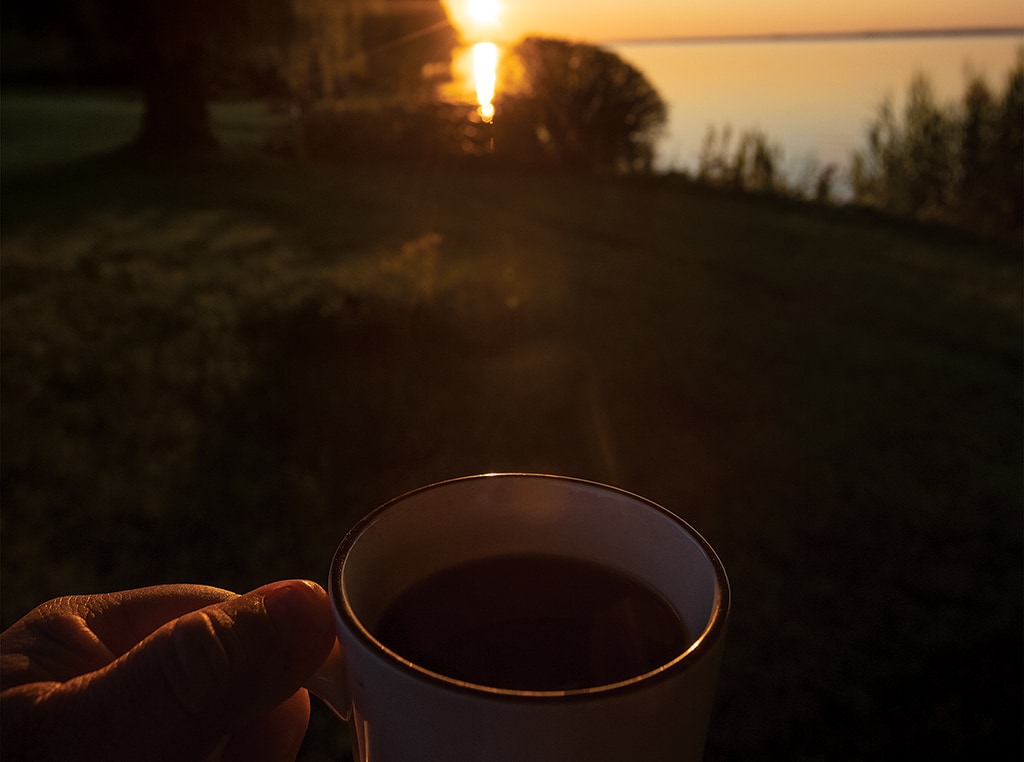 Remote working lets family live where they want to. 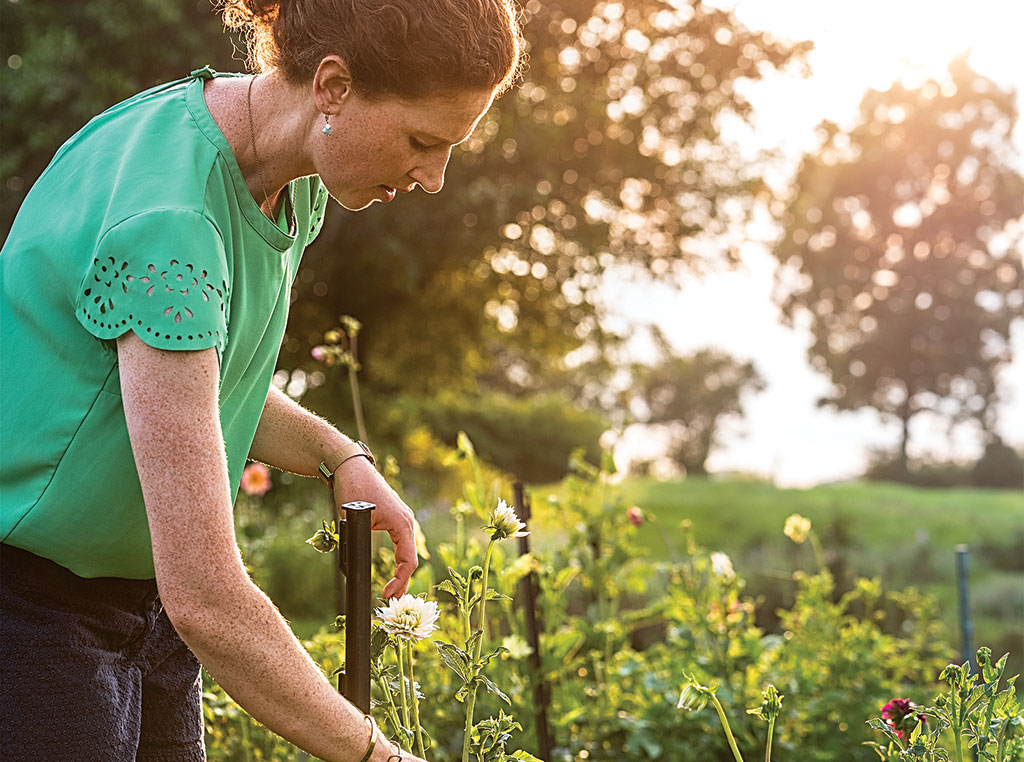