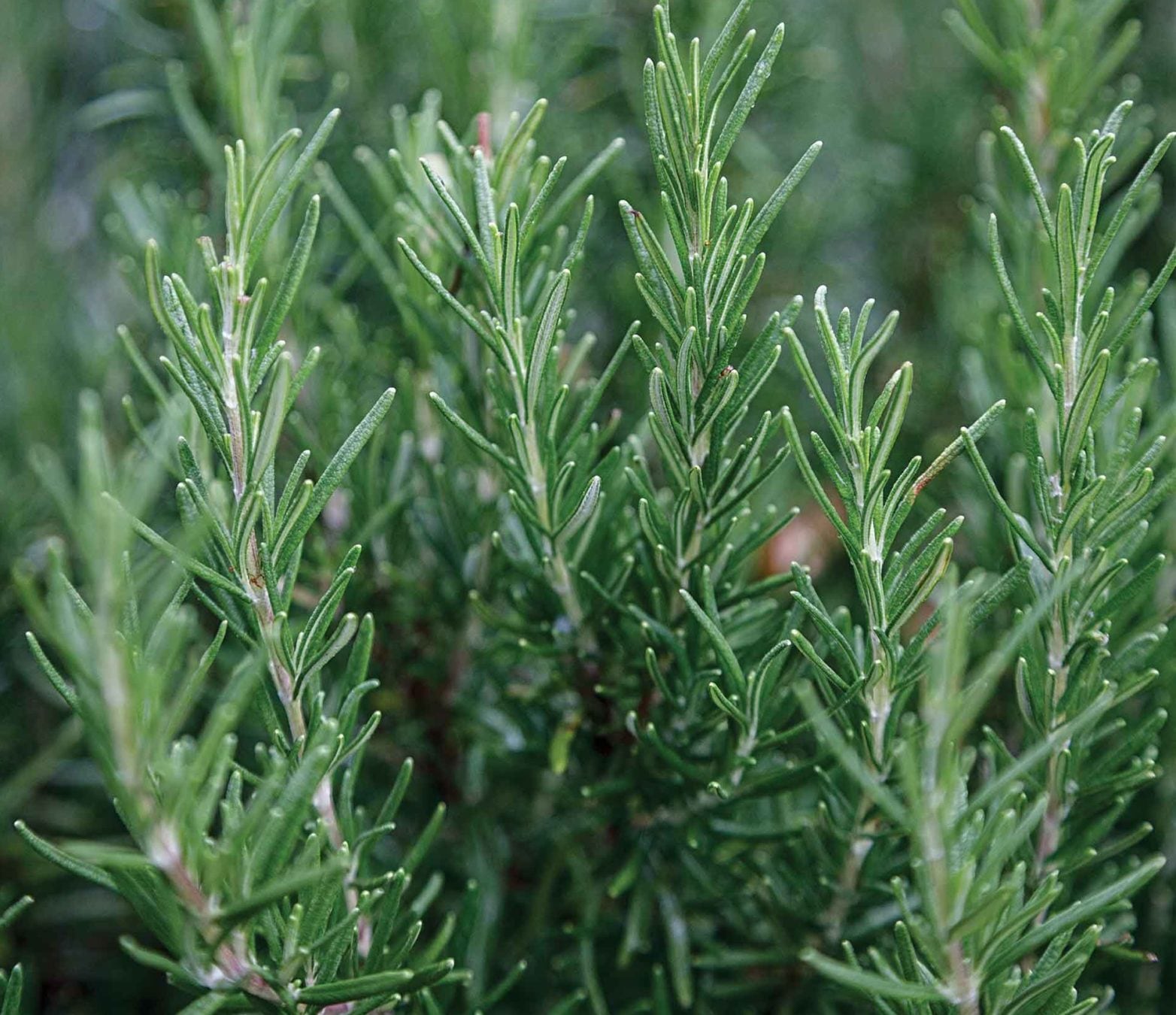 It's been a grim spring and everyone is yearning for just a little normalcy, something soothing, like the familiar sounds of summer. The sizzle of a burger on a grill; children splashing in a pool; the clink of ice in a glass, or the crack of a hand swatting a mosquito. Well, arguably most could do without the last one, nobody likes mosquitoes!

Nothing draws backyard fun to an end faster than being swarmed by mosquitoes in the evening. There’s an entire industry built to stop them; there are mosquito coils, citronella torches, bug zappers and of course the perennial backstop, DEET-based insect repellents. However, you can also reduce your mosquito problems by surrounding your outdoor living areas with aromatic plants.

Herbs like basil, thyme, mint, catnip, as well as lavender, geraniums and marigolds have been used for centuries to repel biting insects like mosquitoes and house flies, says Christian Lacroix, a biology professor at the University of Prince Edward Island.

Aromatic plants produce secondary compounds that accumulate in glandular hairs located on the surface of their leaves; these chemicals are part of their defense mechanism against herbivorous insects. That’s why when you rub mint leaves between your fingers it leaves a minty scent on them. Since mosquitoes and flies don’t like their taste or odour it helps drive them away.

Camphor basil is very aromatic and repels mosquitoes and flies, says Astrid Muschalla, master gardener and landscape designer from Wolfe Island, Ontario. Artemesia vulgaris, known in German cuisine as Beifuss, a herb used to flavor the Christmas Goose, also repels ticks. These are a huge problem in the landscape.

“There are lawn care companies on Prince Edward Island that are currently using aromatics as a natural way to control mosquitoes,” Lacroix says. “Their employees will come spray your lawn with a garlic extract and your lawn actually smells like a Caesar salad.”

Common kitchen herbs like rosemary, cilantro, oregano and lemon thyme not only repel mosquitoes - they also attract beneficial insects, Muschalla explains. Sage, Artemisia, and Pycanthemums, an Eastern Canadian native species popularly known as mountain mint, are known to attract native bees. They’re loaded with turpenes, volatile chemicals that emit strong signals to insects. Others such as lavender, and santolina, known as lavender cotton, and as well as citronella, or a type of geranium called citrosa, are also natural insect repellents.

Carbon dioxide emissions. “Mosquitoes target humans and other warm-blooded animals by their bodies’ carbon dioxide emissions, so aromatic scents have to be quite intense to deter them,” Lacroix says. “Aromatics will be more effective if you smear them on your skin than if you have a whole forest of marigolds on your deck. But, if they are close enough to smell them as a human being, there’s a good chance that they might detract some of them.”

Nothing brings a day outdoors to a close faster than being swarmed by clouds of hungry mosquitoes. They’re so annoying that companies have come up with a forest of products designed to stop them.

All Alyssum and Artemesias are garden all-stars, Muschalla says. Artemesias are gorgeous in any color scheme. It’s aromatic; it has repellent properties for ticks, mosquitoes and even slugs, plus it’s beautiful in bouquets. Alyssums attract pollinator insects and birds who feed on insects as well.

“If you planted Alyssum as a living mulch between your tomato plants, your vegetable garden or flower garden near your house, it would attract a parasitic wasp that preys on aphids,” Muschalla explains. “Research has shown that Alyssum can work as a companion with lettuce plants to improve yields.”

Muschalla says homeowners need to start viewing their garden as an ecosystem to be able to maximize its potential. Instead of trying to make their garden a sterile insect-free environment, create environments that will allow pest species’ predators and beneficial insects to thrive.

“An over-abundance of bad bugs is a sign there’s something not right in the ecosystem. Plants aren’t able to handle over 30 percent predation,” Muschalla says. “You can get rid of aphids by spraying plants with a soap solution but they’ll be back because it weakens the plants,” says Muschalla. “But, if you’re patient and wait, you’ll see good bugs start eating bad bugs. You can encourage this by creating habitat that supports those good bugs. Place host plants close together to help build populations. You don’t want insects to have to fly too far. Plant them in a staggered way throughout your garden to realize the benefits. Anything more than six feet is too much.”

Mosquito eating bugs include dragonflies and spiders. “Spiders feed on insects and are a sign of a healthy garden,” explains Muschalla. “I went from being an arachnophobe (afraid of spiders)
for much of my life to becoming an arachnophile (spider lover). They’re one of the most voracious insect-eating predators in the garden.”

Voracious eaters. “The world’s spiders consume somewhere between 400 and 800 million tons of biomass of insects every year,” says Catherine Scott, a postdoctoral research fellow at Acadia University in Nova Scotia. “They’re really important for controlling insect populations. It’s a shame that they have such a bad reputation. People often fear spiders and they don’t really deserve to be feared because they’re really very beneficial.

“Unlike ticks and mosquitoes, spiders don’t feed on human blood, they would much rather eat insects,” Scott adds. “It’s really rare for people to be bitten by one of the few spiders whose venom is harmful to humans in North America. Their venom is for subduing insects, not for harming people; mostly they just want to be left alone.” 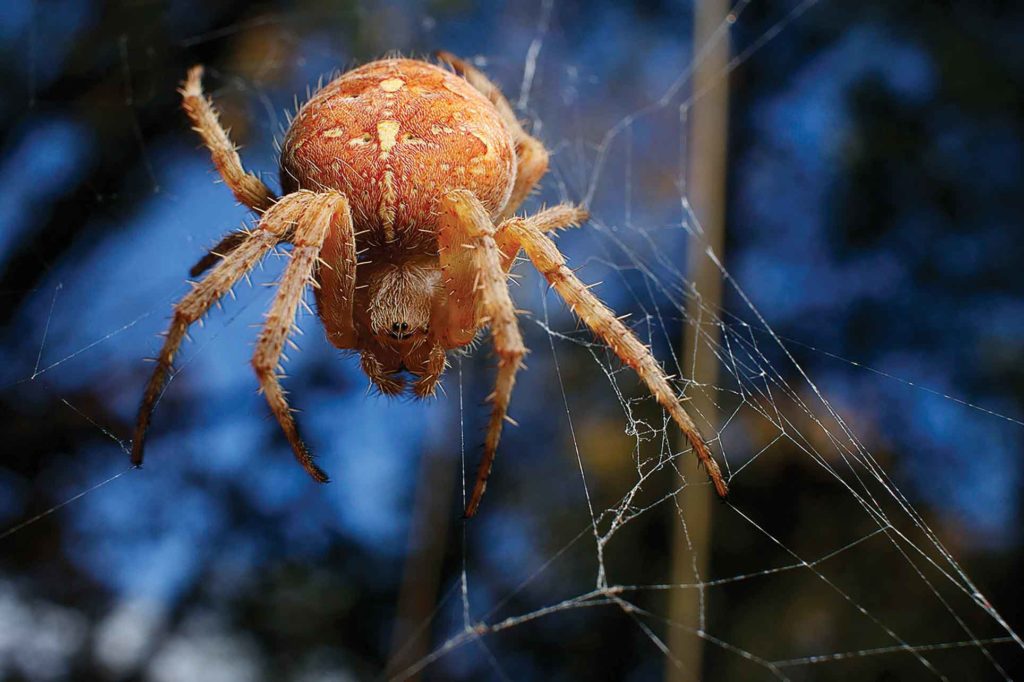 Orb weaving spiders like this Araneus Diadematus, commonly known as the Diadem Orb Weaver, should be welcome in any garden.

Orb weaving spiders are the best predators of mosquitoes. They’re the ones that build those classic aerial spiral webs that catch flying insects like mosquitoes and biting flies, Scott says. Both regular orb weavers (Araneus species), and the Long-Jawed orb weavers (Tetragnathidae species) build spiral webs, but the Long-Jawed orb weavers tend to have angled or even fully horizontal webs that they build over water or on the sides of creeks, streams and ponds. These styles are ideal for capturing mosquitoes and other insects as they emerge out of the water.

“Having a wide range of plants in your garden encourages the highest diversity of spiders species” Scott explains. “This provides different kinds of habitats at different levels from all the way down to leaf litter to up into the trees where they will happily catch and eat any insects they encounter. Orb weavers will build web on trees or any other structure that sticks up in the air.”

“Mosquito predators and aromatic plant compounds can help reduce the numbers of biting insects in your backyard and outdoor living areas but don’t expect them to provide a perfect barrier,” Lacroix cautions. “If you live in an area where you can be swarmed with clouds of mosquitoes, you’ll need something more effective, like an insect repellents containing DEET.” 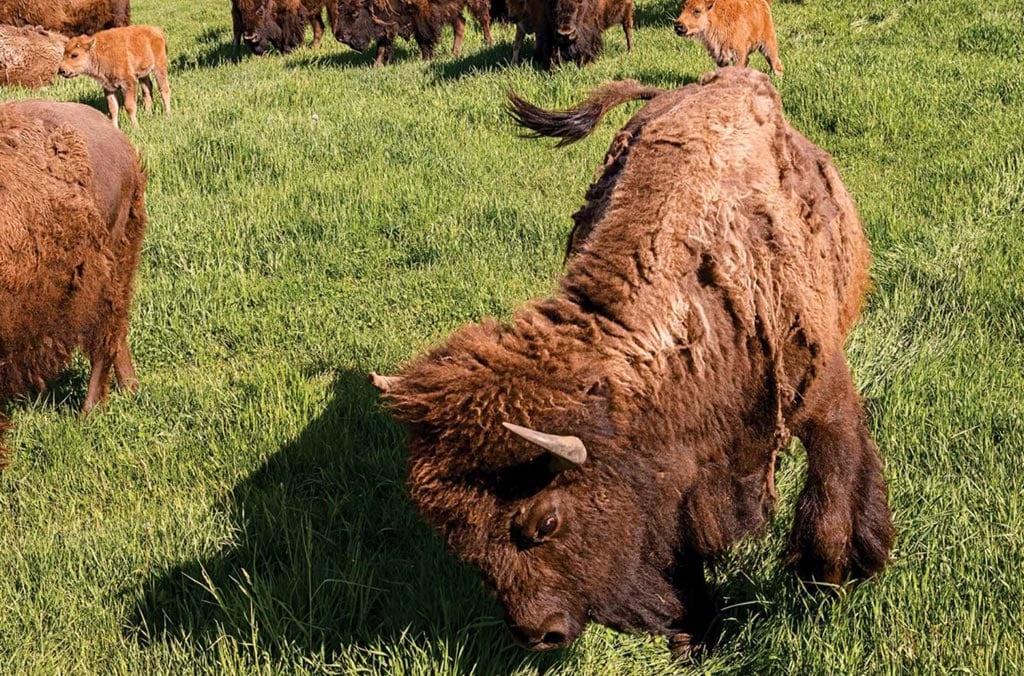