Build Your Own
Find a Dealer
View Product Brochure
Share 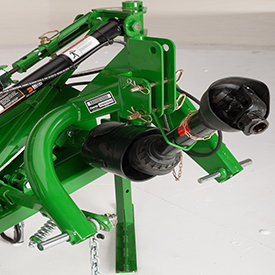 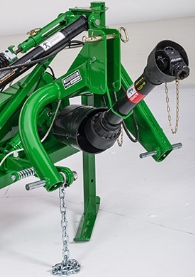 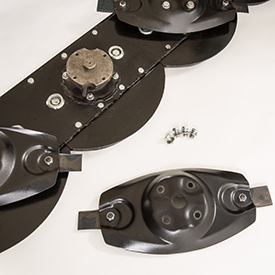 Cutterbar serviceability is easier on the DM50 Series Disc Mowers. Remove the oval-shaped disc(s) with only four bolts per disc. The shear hub assembly can be serviced by removing the remaining four bolts. This will save time and oil replacement costs by not splitting the entire cutterbar to replace the sheared hubs as required in previous models. 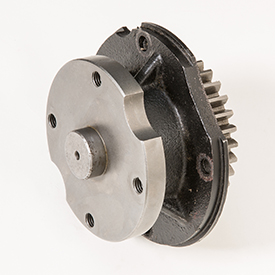 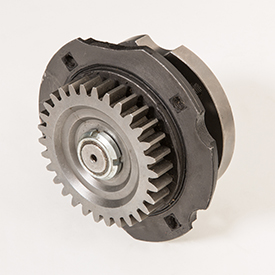 Take the shear hub assembly off the cutterbar by removing only eight bolts. 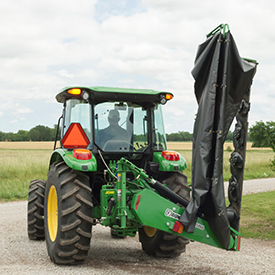 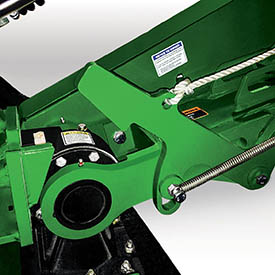 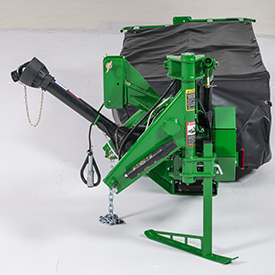 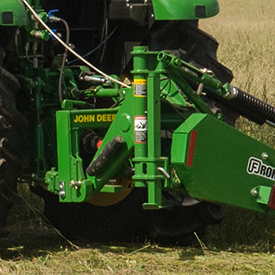 The DM50 Series Disc Mower park stand and parking arm work together to transfer the mower’s weight to the cutterbar while in the parked position. This makes the attachment process easier, saving time and frustration. 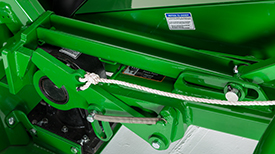 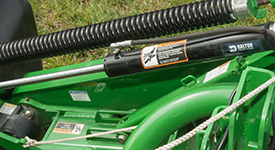 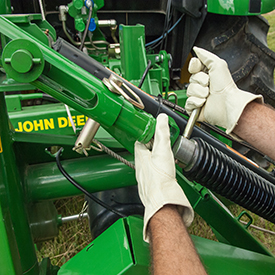 Set the float spring to get maximum performance during operation. Adjust properly so the down pressure does not damage crop stubble as the skid shoes pass through the field.