Roger Ferguson has logged a lot of sky miles to air his opinions about skidders. 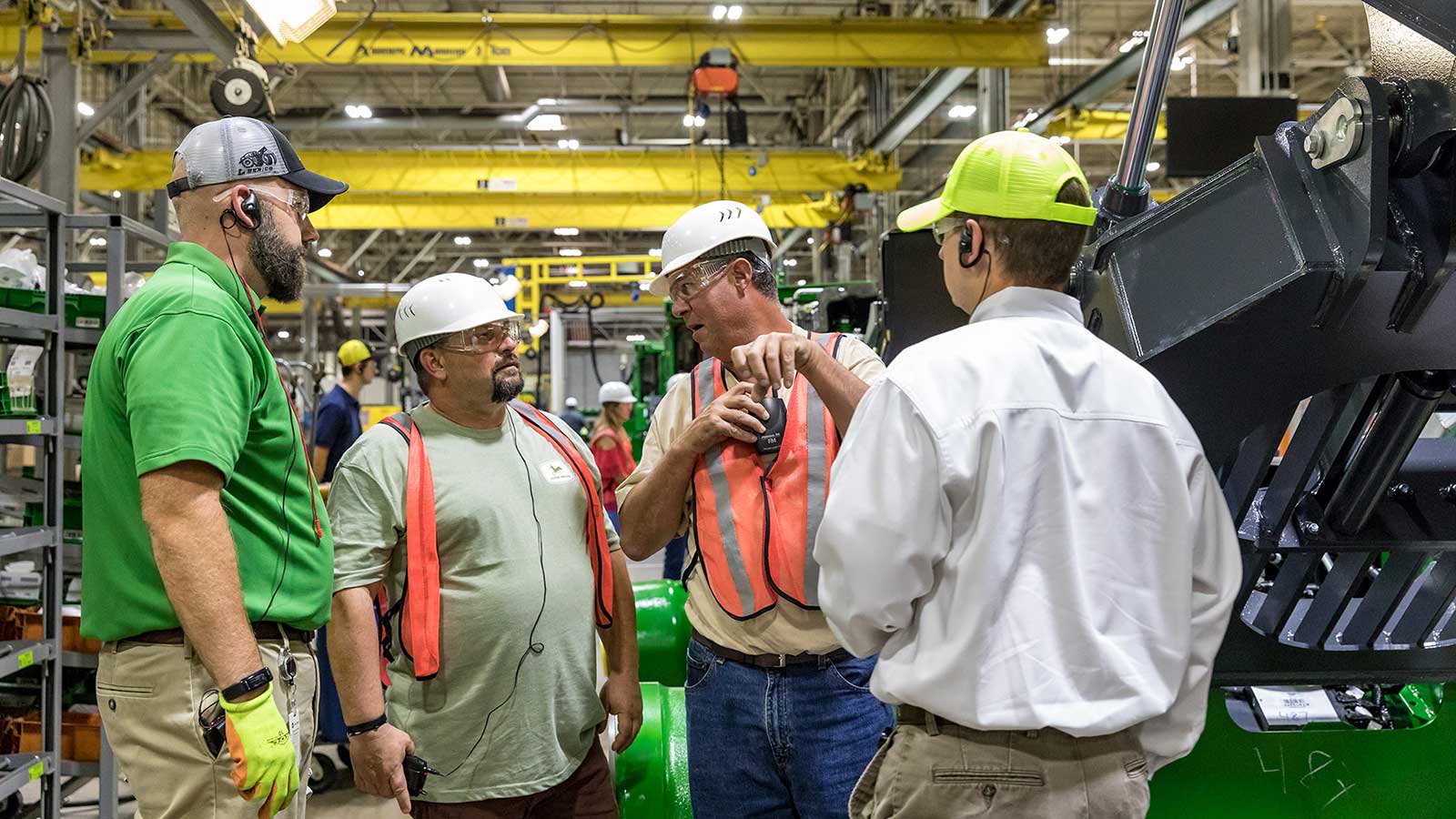 When Roger Ferguson, Sika Logging, Taupo, New Zealand, encountered his new 848L Skidder for the first time at John Deere Davenport Works, his daughter, Bree, used a grease pencil to draw a Kiwi on the side of the machine. New Zealanders are known informally as Kiwis _ after the native bird, not the fruit, which they call a kiwifruit.

Ferguson's skidder operator, Dale Gemmell, also wrote his name on the machine he would soon be operating. Ferguson invited Gemmell to join him to travel to the Davenport Works for the Gold Key presentation of the skidder. The three were joined on the trip by Ferguson’s wife, Toni, and Dale’s wife, Vicki.

"It was a once-in-a-lifetime opportunity for his family and mine," says Ferguson. "The Gold Key tour was absolutely amazing. It was eye-opening for all of us. Deere employees take such pride in what they do, and it really shows. And I'm proud to be a part of the Customer Advocate Group (CAG) that helped develop the L-Series Skidders."

Deere really listens to its customers.

The kiwi is nearly a flightless bird, so it's somewhat ironic that it's the symbol for the Royal New Zealand Air Force. No one would accuse Ferguson of being a flightless kiwi. He's logged a lot of air miles _ 16,000 each roundtrip _ in his journey from New Zealand to Iowa. The journey from Ferguson's involvement in the L-Series Skidder CAG to the Gold Key event was also long.

The L-Series Skidders were developed over a period of six years. Ferguson was part of a CAG group that included a mix of customers and applications from all over the world, including New Zealand, the U.S., Canada, Brazil, Chile, and Russia.

Over the course of the skidder development process, Deere met with this group regularly to collect input.

At the first meeting, engineers presented an initial design concept for the L-Series Skidders to get feedback. "We talked seriously with the engineers, giving them our ideas," recalls Ferguson. "There was a lot of discussion around the cab. We also talked about rerouting the hoses, so they are better protected and easier to access for repairs. And they integrated a lot of other ideas we had too, including the rotating seat, more ergonomic controls, and optional joystick steering."

Reducing operator fatigue was one of the CAG's main goals. "The idea behind many of these changes was that the operator would feel a lot better at the end of the day. We wanted a cab that was more spacious, a rotating seat to minimize neck turn and strain, and joystick control for less wear and tear on people's arms."

Feedback in an actual logging environment was essential for getting the new skidders exactly right. At subsequent meetings, engineers presented a "mule" machine – a physical prototype in iron – in the woods. More feedback was gathered after machine walkarounds and seat time in the new skidder concept. At the last meeting, Ferguson and other CAG members reviewed actual production machines, again in the woods. They provided further feedback, and final tweaks were made before the new skidders went to the production line.

"The engineers did a great job putting together a good skidder," says Ferguson. "They did pretty much what we discussed at the CAG meetings. Deere really listens to its customers. They always have their ears open to improvements. Even from our neck of the woods, we can get ahold of Deere personnel in the U.S. I'm comfortable knowing I can ring someone up to discuss something." 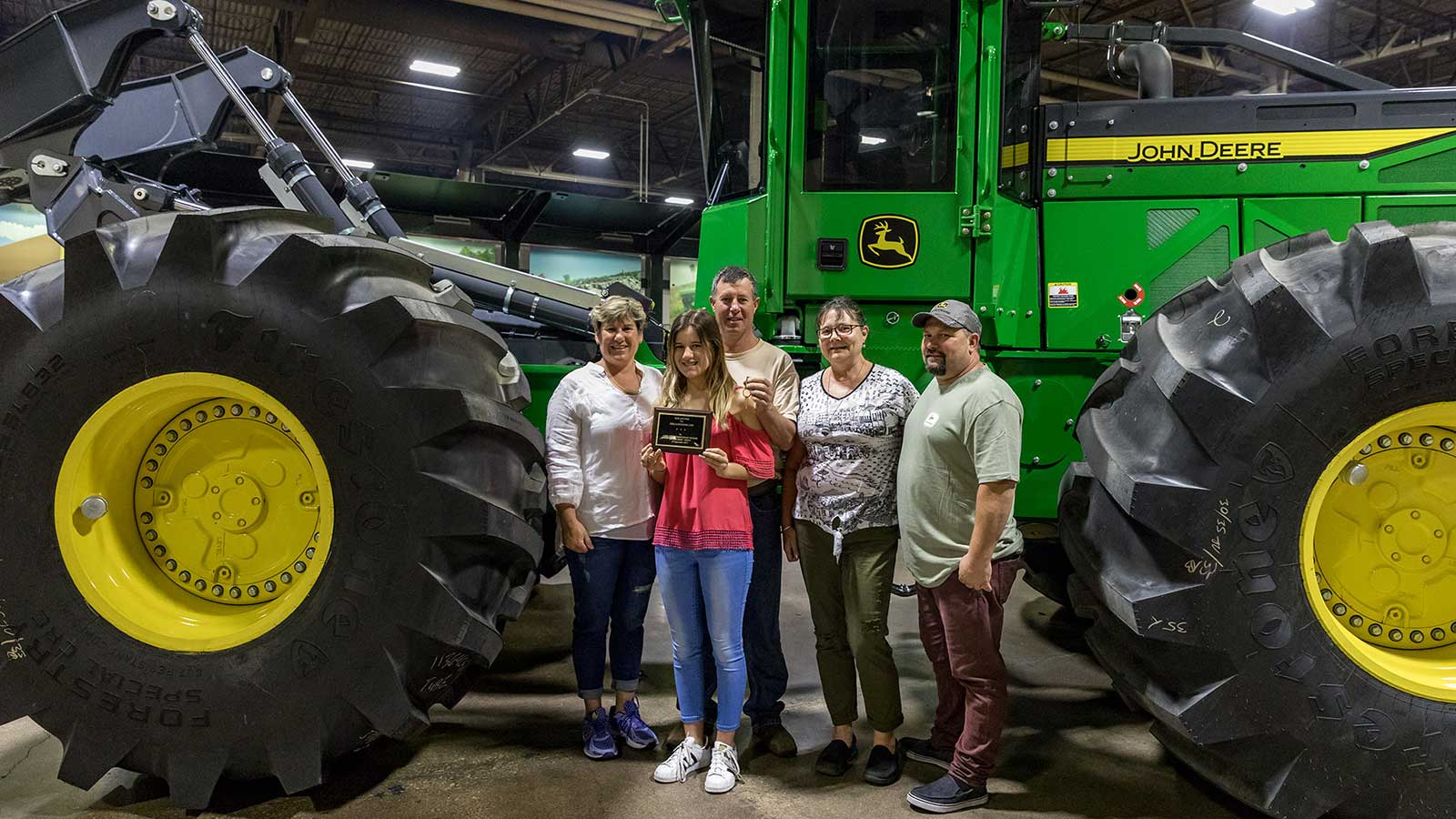 Logging was one of New Zealand's earliest industries during European settlement in the 19th century. Native kauri was highly desirable timber. Straight and long, it was perfect for ship masts.

As slow-growing native forests became exhausted, they were replaced by plantation forests of mostly radiata, beginning in the 1930s. Ninety-percent of the country's harvest comes from radiata pine plantations, which grow in 26- to 32-year cycles, according to Ferguson. While representing only 19 percent of New Zealand's forests, these plantations provide 99 percent of roundwood production.

Wood in New Zealand is very heavy, generally heavier than most wood in North America. "They're pretty good-sized trees," says Ferguson. "The wood is heavier and harder on the gear. There's pressure to produce, and we're doing 1,000-odd ton every day."

Approximately 80 percent of New Zealand's wood is harvested using a full-tree system, with the wood being skidded to the landing for processing by a harvester. Sika Logging is a full-tree operation, which harvests all radiata. The company has been in business since 2000, and currently runs one crew. Ferguson has had the same crew for ten years. "We have a good, loyal bunch of guys. Everyone really knows what they're doing. They don't cause me too much grief, and neither does my equipment."

The new 848L will be the eleventh skidder for Sika Logging. "We need machines that keep running," he says. "That's why I stick with John Deere skidders. We don't really have too much downtime, and they're a great tool. Why fix something that's not broken? John Deere is a family company that looks after small customers. As long as it's green, we'll keep using John Deere equipment."