Yacht Repower: Happier on My Hatteras 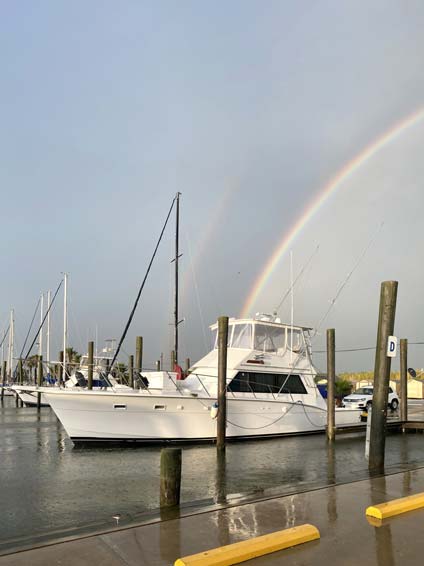 There’s something about the John Deere PowerTech™ 6135SFM85 marine engine that makes it a really good fit for a Hatteras Sportfish yacht. That’s certainly the opinion of a growing number of Hatteras yacht owners looking for an engine repower solution.

Mark Morrow of Spring, Texas, enjoys reeling in tuna and marlin on his 15-meter (50-foot) Hatteras, Serenity. Several times a year, Morrow takes his son and some friends out to the Gulf of Mexico. "We love being offshore," relates Morrow. "To get a big fish dancing off the back of the boat is an awesome, awesome experience."

Land & Sea cut the bulkhead wall between the cockpit and salon to remove the old engines and installed the 559-kW (750-hp) John Deere engines, mounting them to Twin Disc MGX-509A transmissions with a 1.81:1 gear ratio.

"Land & Sea knows the boating industry better than anyone I know of," says Morrow. "They took out the old engines and set the new ones in, hooked up the transmissions and shafts, and set the marine gear. They did an excellent job. Those guys care about customer satisfaction. They have a heart for what they’re doing, and they want their clients to be happy."

New life for the Hatteras yacht

After the yacht repower was complete, Morrow says he immediately noticed an improvement in performance. Serenity cruises 25 knots at 1800 rpm and achieves a top speed of 30 knots at 2200 rpm. By comparison, the old 485-kW (650-hp) engines cruised at 16 to 17 knots and hit a maximum 22 knots.

"The difference between the old technology and new is like night and day," says Morrow. "The first thing I noticed out of the gate was torque response. The boat immediately planes when you put the throttle to the John Deere engines. The steady, constant torque also allows the boat to power right through waves and currents, whereas the older engines would bog down."

Engine maintenance is also easy. "It’s a super-clean design — an engine mechanic’s dream," says Morrow. "They’re easy to work on; not overly complicated in any way. These are inline 6-cylinder engines. I’ve had boat mechanics say it’s the most accessible engine room they’ve seen in their life."

"While cruising, the old engines were crazy loud," relates Morrow. "The John Deere engines were the best choice, by far. Their performance is well beyond what I dreamed it would be. I’m one happy camper."

Only the best for Miss Ruth

Although they may not know each other, Mark Morrow and Mark Collins share some commonalities beyond their first names. Like Morrow, Collins repowered a Hatteras Sportfisher with twin 559-kW (750-hp) John Deere PowerTech 13.5L engines with the help of Land & Sea Services.

Collins owns and operates a big-game ranch near Crockett, Texas, and enjoys spending his time off sportfishing on his 15.8-meter (52-foot) Hatteras, Miss Ruth, named after his mother. Purchased eight years ago, the 1986 Sportfisher was in need of a complete restoration and marine engine repower to make it more comfortable and reliable for long-distance trips. "Where we are located, we have to go 160 miles (258 kilometers) offshore to get to the prime fishing area in the Mississippi Canyon," explains Collins. "That’s why we need good motors."

An engine repower for the fishing yacht

With that setup, Miss Ruth cruises 20 knots at 1600 rpm, and each engine consumes 68 liters (18 gallons) per hour. Full throttle, the boat runs 30 knots. "We hammer those engines for the first three-quarters of the trip to get to the fishing grounds. Then we troll at 10 knots and each engine consumes 3.5 gallons (13 liters) per hour. That’s where you get the real savings."

Miss Ruth is running more smoothly, too, after the yacht repower. "There was drivetrain vibration with the (original V-8) engines the entire time we owned the boat, and we tried this and that to fix the problem," says Collins. "When we repowered with the John Deere engines, the vibration disappeared."

Collins is pleased with work performed by Land & Sea. "Chris Cotter is a straightforward guy and very meticulous; you can tell he’s got years of experience," he says. "He’s one of the best contacts I’ve made."

The John Deere engines were the best choice, by far. Their performance is well beyond what I dreamed it would be. I’m one happy camper.

Find the right John Deere engine for your boat. 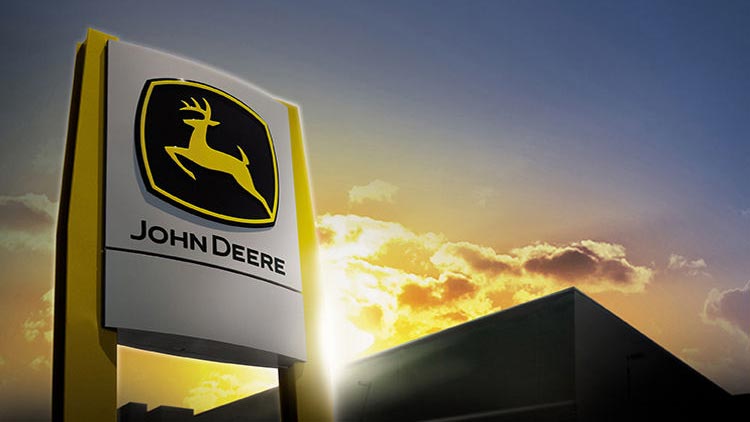 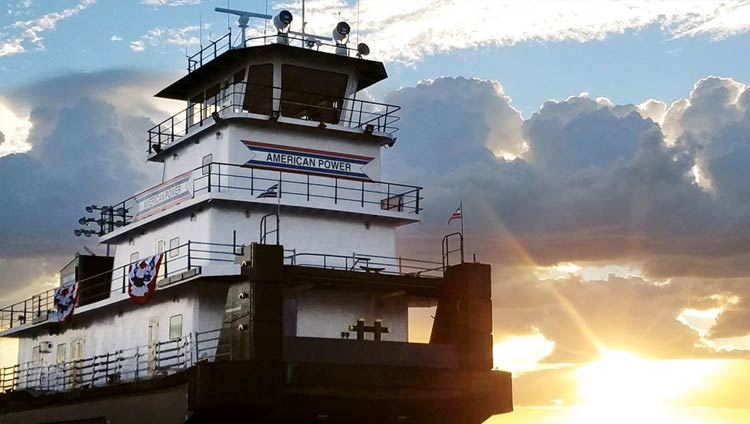