Taking care of the herd, not following it – that’s Wisconsin farmer Roy Grewe. 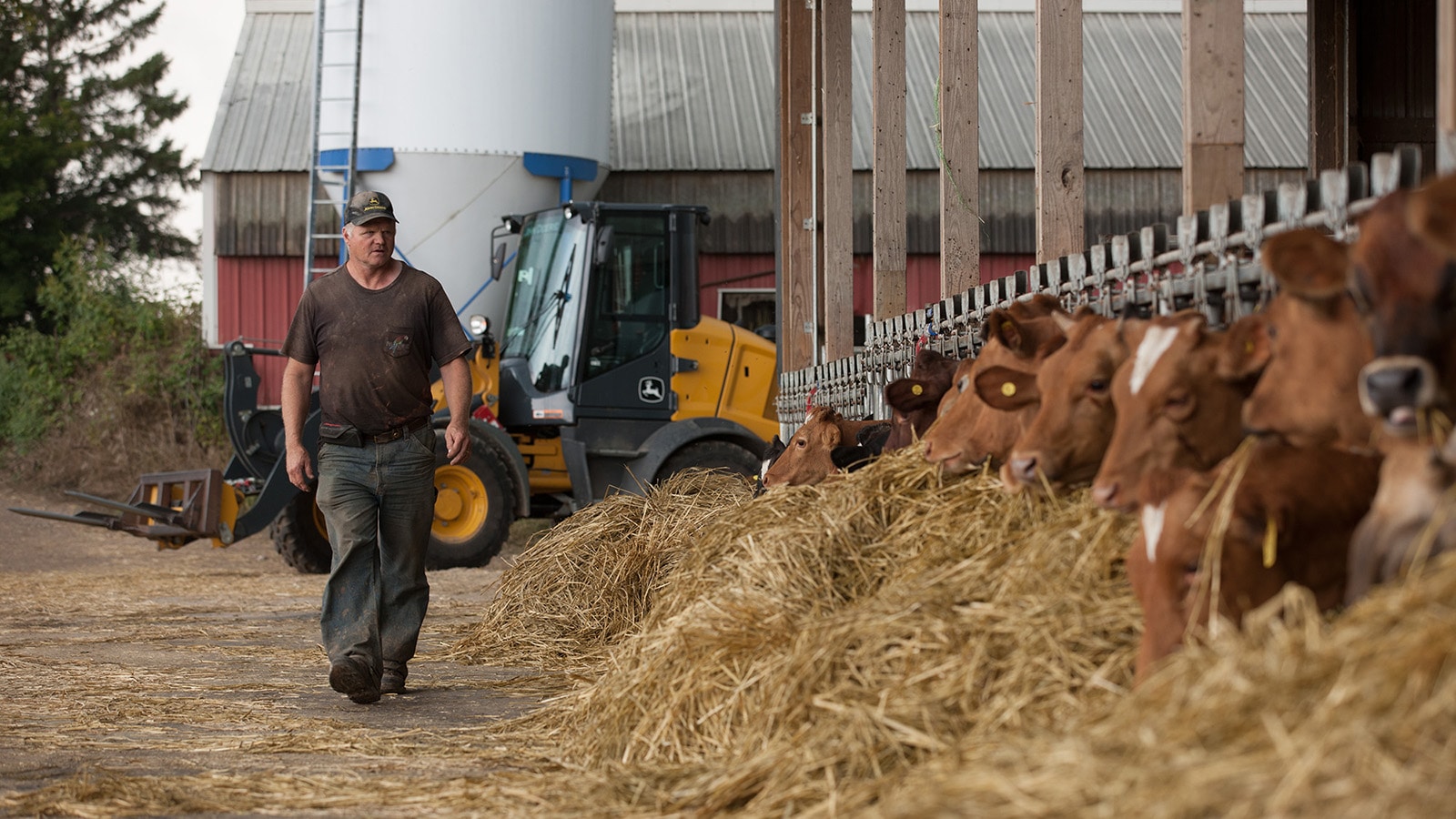 Dairy farmers are well-known for their hard work and timeless commitment to their cows and rural way of life. But Roy Grewe’s bold move 25 years ago elevated that dedication to a whole new level.

The Wisconsin transplant’s roots are in the northwest, 50 miles north of Seattle, to be exact. During the early 1970s, in an attempt to ease traffic congestion, a portion of his Arlington, Washington, farm was acquired by the state through eminent domain and divided through the middle by a new road. “The roofs of our buildings were literally dripping rain on the edge of the roadway,” explains Grewe. “They were supposed to put a tunnel underneath to get to the other side. But instead, they built ramps, which made it difficult to drive over with a tractor pulling a wagon followed by cars traveling at 60 mph. So we’d take the long way around just to get to the other side of the road.”

Grewe endured the inconvenience the best he could, as long as he could, but the aggravating issue finally came to a head. “It was 2:30 in the afternoon when I set out with a tractor and wagon, and with a half-mile to go, was passed by 36 cars. I turned off onto another road and there were another half-dozen cars behind me. I got done with the feeding, went into the house, and told my wife there was no way our boys were going to drive equipment on that road.”

Something had to be done. So while attending a Guernsey convention in Wisconsin, Grewe took some time to tour several farms. “I just fell in love with the state,” he says. “There was good farmland available, and the base for the ag industry was in place — with plenty of dairy and equipment dealers to work on your stuff.”

We're always looking for ways to offer
our customers the best value, and leased
machines do just that.

Lease returns are a great source of used John Deere machines in good condition with low hours. "We're always looking for ways to offer our customers the best value, and leased machines do just that," says Jim Erbesti, Rental Manager, James River Equipment, Ashland, Virginia. "Upon return from rental, many of these machines are still under extended warranty or a service agreement purchased at the origination of the lease. That means our qualified technicians have been routinely performing all periodic maintenance since day one. Prospective buyers can have a great deal of confidence in these machines."

Many rental customers put very low hours on the machines. "That allows us to write down the cost of the machine, so they are a good value," says Russ Paridis, Rental Manager, Papé Equipment, Portland, Oregon.

The low hours make a lease return a good prospect to become a John Deere Certified Used machine, adding even more value. "To be certified, they must be inspected thoroughly by experienced technicians to ensure quality," says Paridis. "And if they are certified, they become eligible for full-machine warranties and low-rate financing."

Move Advantages of buying from a rental fleet to the very bottom of the page.

Our dealers have access to hundreds of lease returns as well as John Deere Certified Used machines. See your Deere dealer for more information about buying from a rental fleet.

Advantages of Buying From A Rental Fleet

See your dealer for information about buying from a rental fleet.

Through John Deere Certified Used, our dealers can provide you with high-quality, well-maintained equipment. To be certified, large construction equipment must be five years or newer, or under 5,000 hours.

Each Certified Used machine must pass a strict 150-point inspection, including performance checks and fluid analysis. The inspections are performed by certified technicians and are thoroughly reviewed by the used equipment manager at eligible John Deere dealerships.

FULLY WARRANTED AND EASY TO FINANCE

HOW TO FIND A JOHN DEERE CERTIFIED USED MACHINE

Visit machinefinder.com to search for Certified Used machines. Create a new account, specify the model you are looking for, and get a notification when one becomes available.

Machine Finder represents only a portion of all the John Deere Certified Used machines that are available. There may be used machines on your local dealer's lot that haven't been listed yet or that may be eligible for certification. Most Deere construction equipment dealers are qualified to certify used machines. Ask your dealer for more information.