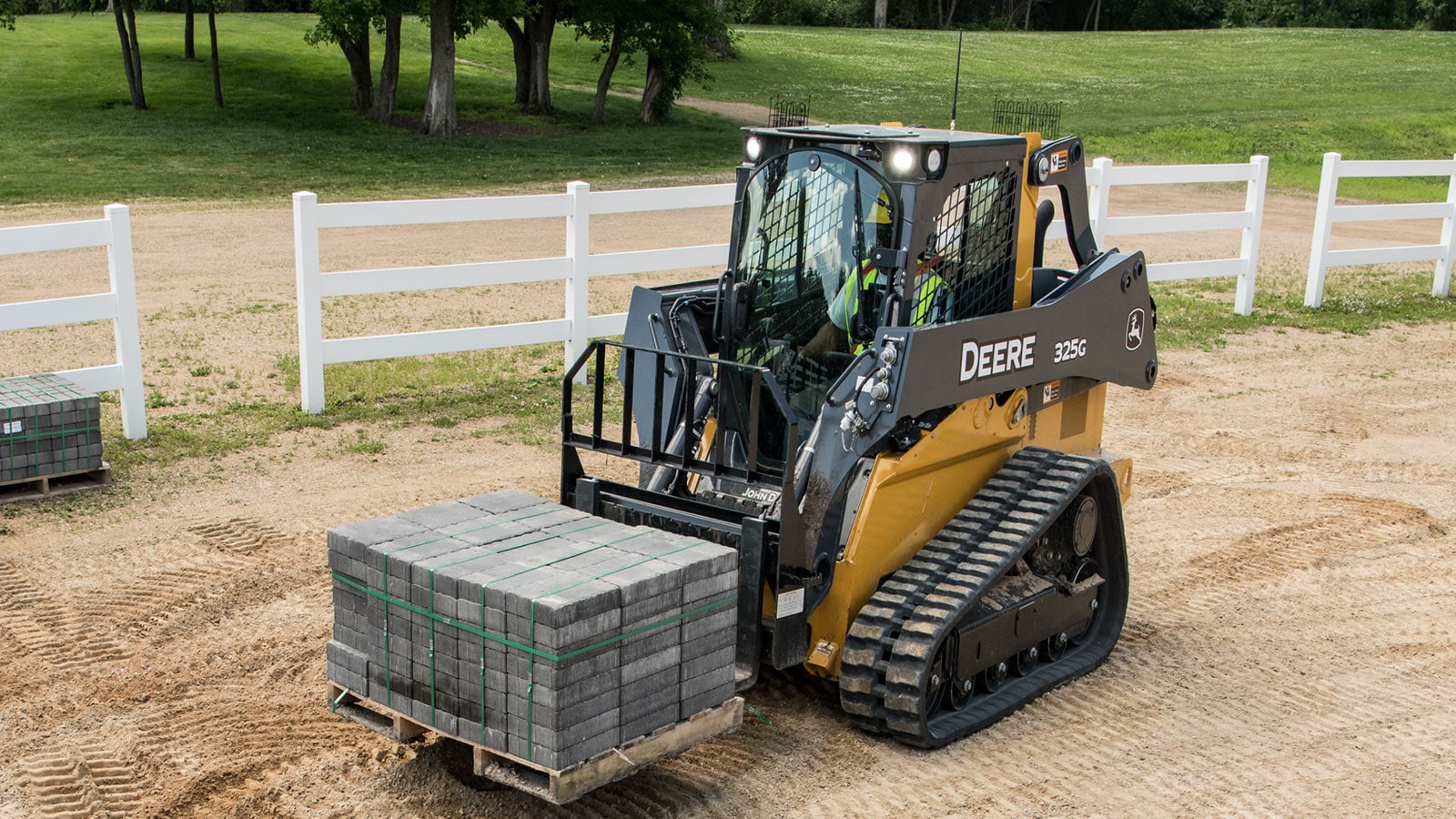 Hop into your local eccentric scientist’s DeLorean. The 1980s are back. These days people can’t seem to get enough of the era of Wayfarer sunglasses, Rubik’s Cubes, video arcades, boomboxes, and legwarmers. Even mullets are making a comeback. Okay, thankfully not. But the ’80s are the subject of many popular movies and television shows, and the music is again “totally tubular.”

BACK TO THE ’80s
Scottie Zuzek, chief operating officer of Precision Landscaping and Construction, grew up in the 1980s and still considers himself “an ’80s guy.” “I still listen to that music,” he says. “We didn’t have internet, smartphones, and social media back then, so I kept busy in Boy Scouts, the high school choir, and playing soccer.” And he probably still has a few mixtape cassettes in a drawer somewhere.

Zuzek joined Precision Landscaping in 1986, back when the few cell phones in use weighed several pounds and cost thousands of dollars. “I started out as a laborer,” he recalls. “It was more or less a summer job. I went to school to become a teacher, so it was a good opportunity to be outside while getting a workout and a tan. It wasn’t my intention to be doing this 30-odd years later.”

But something happened along the way. He fell in love with the work. “I'm very passionate about it. I'm sure when I retire decades from now, I'll be bugging the guys to let me run the equipment. It's a fun business to be in."

EASY BUTTON
In 1992, Precision Landscaping offered Zuzek a full-time position as landscape foreman. When owner John Fox passed away in 2011, Zuzek took over day-to-day operations and partnered with Fox's son Josh and Josh's friend, Joby Nolan. The team is greater than the sum of its parts. We have our differences, but we really mesh and have become great friends, says Zuzek. “I handle operations, Joby is the numbers guy, and Josh has the business and marketing savvy."

Since 2011, the company has quadrupled in size. “We've grown far beyond what I imagined, but we all saw the potential. The three of us worked our tails off to make this company succeed. Today everyone in Hastings knows our name. That's such a cool feeling. And were expanding into the Twin Cities [Minneapolis and St. Paul] metro area."

When Zuzek joined the company in 1986, the company had six employees and a dump truck, sharing a skid steer loader with another company. Today the company has 12 full-time employees running five lawn-maintenance and five landscaping crews. During the height of summer or snow-removal season, they hire 30 or 40 more seasonal workers. The company now owns three John Deere 244L Compact Loaders, a 344L Compact Loader, four 325G Compact Track Loaders (CTLs), and a 50G Compact Excavator, along with numerous Deere lawn tractors and 22 plow trucks.

Growth has exploded in the last three years due to earning larger hardscape and snow removal contracts. The company recently added the two 244Ls mainly to complete large snow-removal projects, including at a federal building in Bloomington. 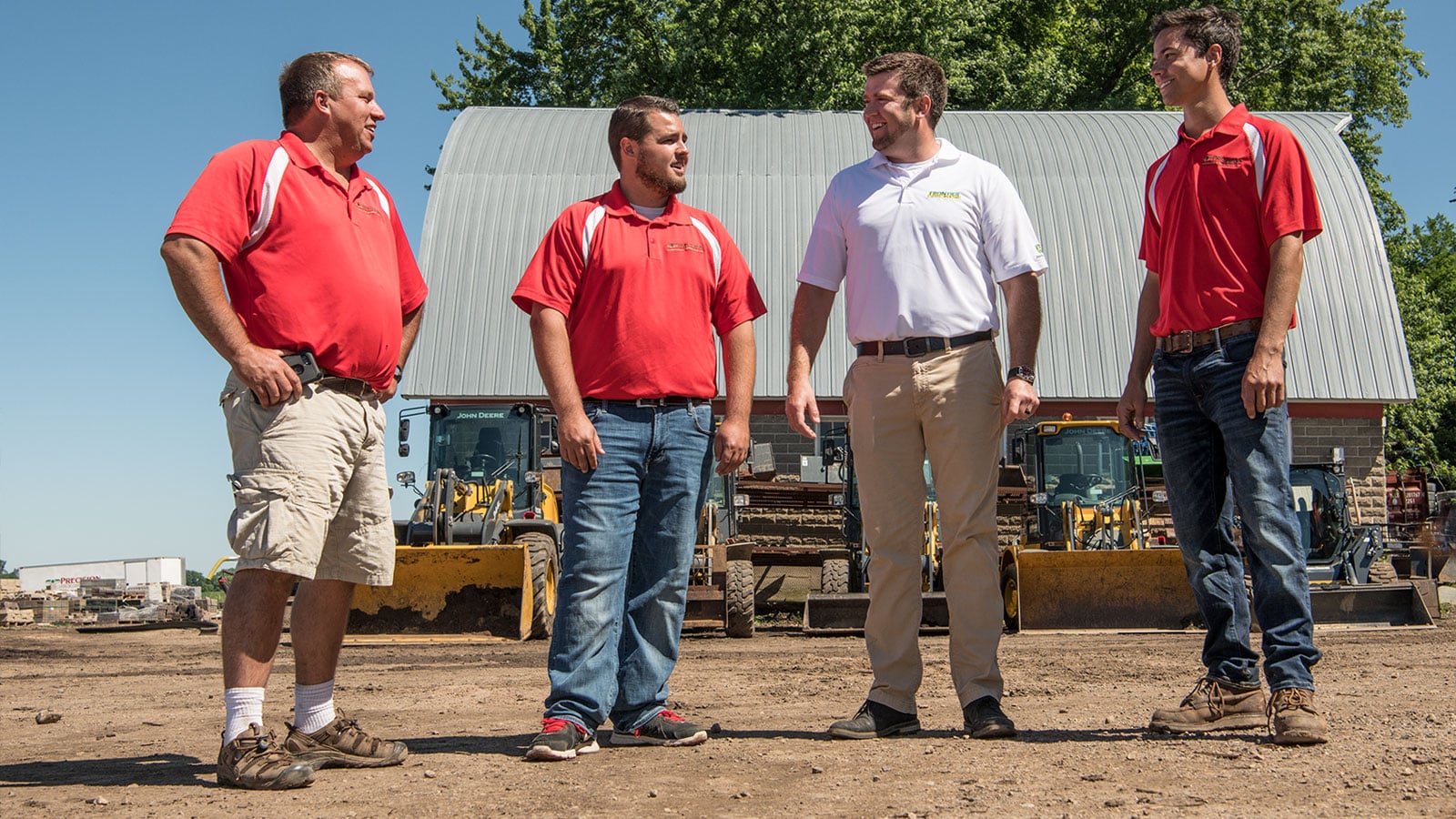 “We bought our first John Deere 244 model after getting a large snow removal contract in Hastings,” says Zuzek. “We were running skid loaders and plow trucks, and realized we needed a bigger machine. We ran it for two seasons, and it was great. The new 244Ls have allowed us to take on more county contracts and the federal contract. We also added the 344L, which is the perfect-size snow removal machine. It's small and maneuverable enough, but still has ample power to move big piles."

When the snow isn't flying, the loaders work in the yard, capably loading mulch, rock, and pallets of block onto trucks destined for landscaping jobs. “A nice thing about the 244Ls is the quick-coupler, which allows you to use all the same attachments as the skid loaders,” says Zuzek. “They have plenty of life capability on jobsites, and when paired with the right pickup truck and trailer, the 244L is light enough to be transported without the need for a CDL [commercial driver's license]."

The 325G CTLs are the multitasking tool of choice on landscaping jobs. “The Quik-Tatch™ is like an ‘easy button’ for rapidly changing attachments,” says Zuzek. The 325Gs life capacity is amazing. It can handle pallets of brick, block, and sod, no problem. And I love the EH [electrohydraulic] controls. I'm old school and grew up on hand and foot controls, but at the end of the day your feet hurt. With the EH controls, you still feel good at the end of your day. Plus, the two-speed transmission is nice when you need to get from one end of the jobsite to the other.

The 50G Compact Excavator also helps lighten the workload. “I remember digging all those retaining walls with a shovel when I was younger. It was a good workout, but the 50G is just an amazing machine that can work almost anywhere. It probably takes four or five guys to dig the base out for a patio or trenches for walls, so the 50G saves a lot of man-hours — and backs. We even brought it out to remove snow from a retention pond. Who knew? But that's the thing about John Deere machines. They are so versatile and easy to run."

We've grown far beyond what I imagined, but we all saw the potential.

MAKING THE COMMUNITY BEAUTIFUL, ONE YARD AT A TIME
The company’s local John Deere dealership, Frontier Ag & Turf, “backs us all the way,” according to Zuzek. “Our salesman and service manager have a wealth of knowledge, so they can get us parts or in for service right away. They know if a piece of equipment isn't moving, it isn't making money. So, they work hard to keep us up and running. That's especially important on snow removal jobs, where customers expect to see asphalt as soon as the snow stops falling. Zuzek recalls a couple of times where he's called Frontier in the middle of the night to repair a blown tire. “In a matter of an hour or two, they put a new tire on the machine, and we were up and running. That's amazing when its two or three in the morning in the middle of a snowstorm.

Precision Landscaping has been growing at a clip of 45 percent a year, and Zuzek expects this year to set another record. Last year we plowed nine million square feet of pavement — that's a lot of pavement to clear in about 10 hours. As business grows, were hoping to add another John Deere loader and maybe a CTL or two for the landscaping business. Zuzek's mantra is “making the Twin Cities beautiful, one property at a time. I love going into a yard full of weeds and coming out three days later on a nice patio. Or clearing snow from a parking lot to me, even that is making something beautiful. I have a passion for making spaces appealing so people can enjoy them.

Youtube video of the Precision Landscaping and Construction company.