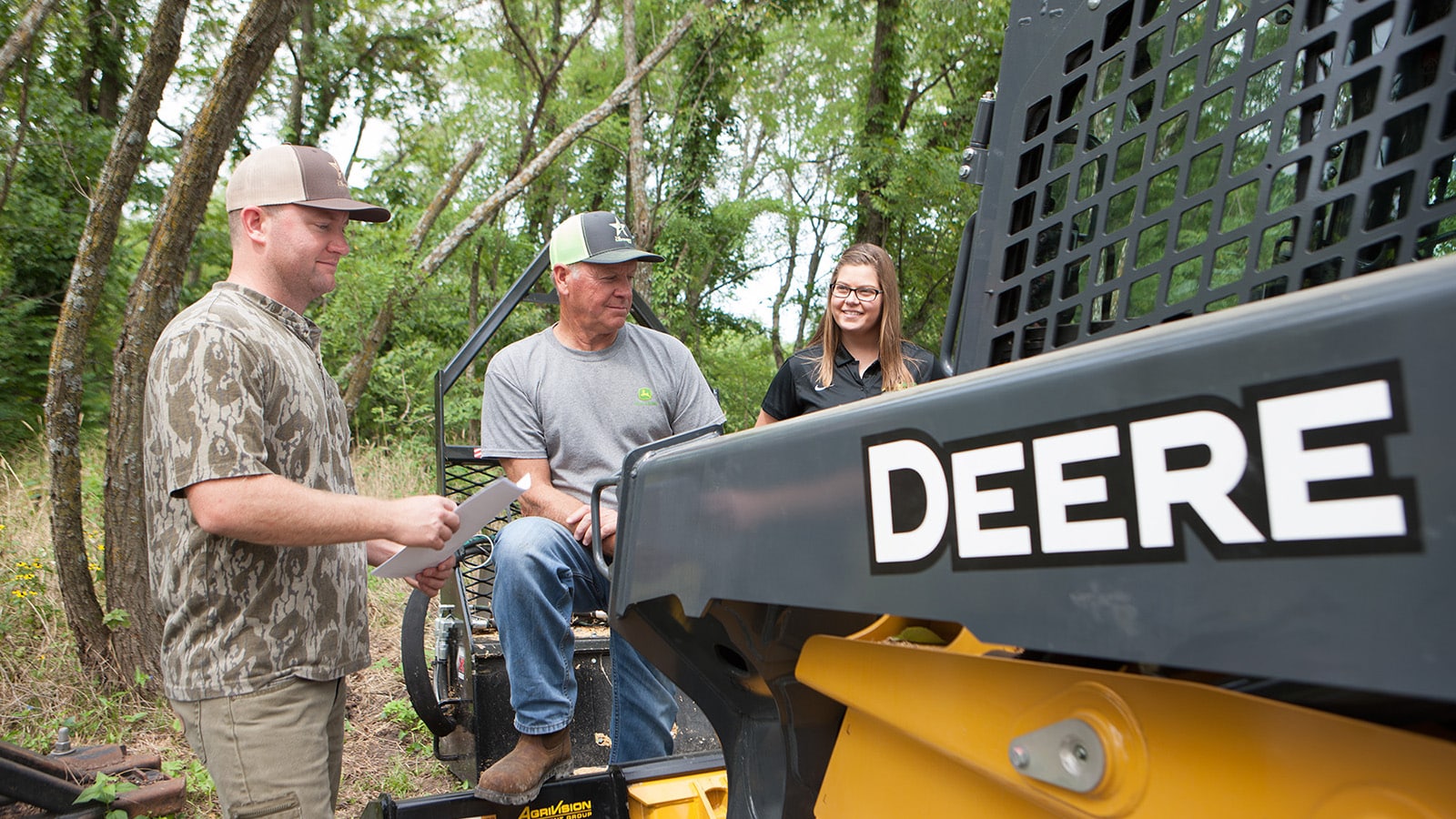 Southern Iowa is a deer hunter's paradise with its plentiful, yet healthy deer population. The state restricts the number of tags, and Iowa doesn't have a rifle-hunting season, only bow, muzzleloaders, and shotguns. Plus there's a lot of farmland. "It's the perfect storm for growing the biggest deer in the world," says Jeff Lindsey.

He and his father, David, know a thing or two about big deer. Both have bagged big bucks that scored over 200 inches, basically the Holy Grail of deer hunting. In fact, David has killed three. The father and son share their passion for bowhunting in the show The Lindsey Way, now in its third season on the Sportsman Channel.

David and Jeff had been filming with Drury Outdoors since 2006, competing on the hunting show Dream Season for four years. They once held the honor of killing the largest whitetail ever caught on video. That experience spawned the idea of producing a show that would allow them to share their own family's stories.

The Lindsey Way chronicles the Lindseys as they manage their various farms and food plots, and hunt trophy whitetails and elk. Imagine, say, a popular show about duck hunting. Take the emphasis on family and humor, but with more of a focus on hunting instead of on hijinks and antics, and you have The Lindsey Way.

"We're about a millionth the size of that popular duck-hunting show," laughs David. "We're no dynasty. We're just down-to-earth people who wanted to share our passion for bowhunting and the outdoors, and for our family. The Lindsey Way is really about the American way — that's why people identify with us. We started with nothing and pursued our dreams. We jumped in with both feet, and here we are today."

"I went to school and have a business degree, but the School of Hard Knocks is the best teacher out there by far," adds Jeff. "My dad taught me God first, family second, and everything else will take care of itself. And that's worked out well for us. We wake up each morning, take care of our kids, and chase our passion for hunting big deer."

The Lindsey Way is really about the American Way – that’s why people identify with us. We started with nothing and pursued our dreams.

A FAMILY THAT PLAYS TOGETHER

The Lindseys moved to southern Iowa from Georgia in 2006. "We just fell in love with the whole state," says David. "Down South the land is flat and you have pine trees everywhere, so there are not many views of anything. Here we have rolling farmland, big deer, and abundant wildlife. I mean, pheasant, quail, rabbits — I've never seen anything like it."

"In Georgia the deer eat pinecones and rye grass," says Jeff. "Here they eat clover, alfalfa, beans, and corn. So where do you think deer have the bigger horns on their heads? And the better meat? We're blessed to call southern Iowa home, where the big deer live."

Jeff has hunted since he was very young, shooting his first deer when he was 10. He soon fell in love with hunting. "My dad would always say, "Teach your kids to hunt, and you won't have to hunt your kids." And that was probably true. On Friday nights, I was in a deer stand, not out getting into trouble. Bowhunting, farming, and wildlife — that is our passion.

"The other day we were working on our equipment until 10 o'clock," adds David. "We saw a shooting star, and then five minutes later, we saw another. We're out in the middle of God's creation — it's really special."

The father and son spend a lot of time together, and the camaraderie shows. "We get along 98 percent of the time — the other two percent is his fault," says David, smiling and glancing toward his son.

"We're very opinionated and like to do things our own way," says Jeff. "But I don't know where I get that from."

"The apple doesn't fall far from the tree," laughs David. "I just wanted Jeff to be his own man. And I guess I've succeeded."

My dad would always say, ‘Teach your kids to hunt, and you won’t have to hunt your kids.’ ... Bowhunting, farming, and wildlife — that is our passion.

Bowhunting season begins for the Lindseys in September in Georgia and in October in Illinois and Iowa. They also travel out west every year to hunt in Utah, Colorado, and New Mexico. Last year they had 25 kills, or about two kills per show.

A lot of work goes into preparing the hunting grounds before the season begins. “We’re gamekeepers,” says Jeff. “We put more into the land than we ever take. So many people outside the hunting community don’t understand that — the effort that hunters put into wildlife preservation and conservation. We want our farms to be better when we leave them for the next generation than they were when we got them.

“They say the first half of your life is your accomplishments, the second half is your legacy,” adds Jeff. “We’re somewhere in the middle.”

The Lindseys own about 2,500 to 3,000 acres in Iowa, and farm about 500 acres in Iowa, Georgia, Kansas, and Illinois. About 150 acres of their corn and beans are used as food plots for the deer. In August, they start planting 50 to 60 acres of hunting plots. Each of the one- to three-acre plots consists of radishes, turnips, clover, oats, wheat, and triticale.

To help manage their farms, the Lindseys purchased two John Deere 333G Compact Track Loaders (CTLs). “We wanted the biggest, baddest CTL we could get our hands on, and the 333G was it,” says Jeff. “And we definitely needed tracks — rubber tires were not an option. We’re in creek beds and mud every day.”

“We were impressed by the machine’s size, weight, and horsepower,” adds David. “And we liked the increased auxiliary flow, enabling a wider variety of attachments. It’s so versatile — you can do things with it that you can’t do with many other machines. There’s always something to be done around a farm, so you never run out of things you can do with it.”

Attachments they run include a brush cutter, grapple, saw, tree spade, and bucket. “The possibilities are endless,” says Jeff.

“And the controls are super easy — there wasn’t a huge learning curve. The comfort of the machine is great. The cab is spacious and so quiet. It’s the nicest piece of equipment I’ve ever owned. You’ll never find me in anything but a John Deere.”

In addition to the two 333G CTLs, the Lindseys also run eight John Deere ag tractors. They appreciate the support they get from their local John Deere dealer, AgriVision Equipment Group. “When we buy equipment, we need a company that will stand behind it,” says David. “We have a great relationship with AgriVision, and we know if we have an issue, they will handle it right away.”

With the Lindseys’ multiple farms in four states, they can’t afford breakdowns. “Service is a huge deal because time is money,” says Jeff. “No matter where we’re at, there’s always a dealer just 20 or 30 minutes away with the parts and service to take care of any issue quickly. That’s a big deal, and that’s why we’ve run John Deere for 30 years. It’s all we’ll ever run.”

“We use John Deere to help harvest whitetail deer — we live in a deer world, that’s for sure,” laughs David. “When we started this show, we wanted to make sure we did everything the right way. And Deere helps us do that.”

The Lindseys are serviced by AgriVision Equipment Group, Leon, Iowa.