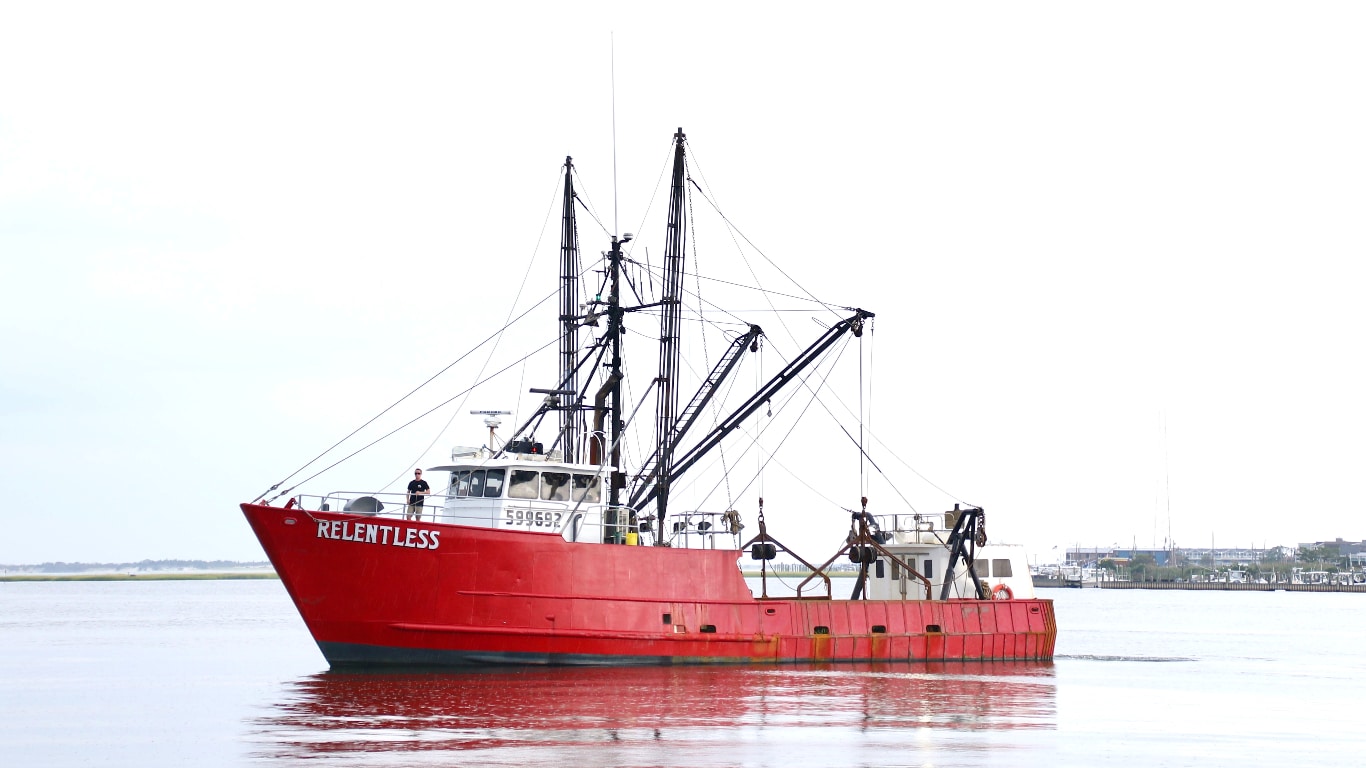 The word "relentless" has special meaning for Owen Smith. It reminds him of a time when nothing would keep him from taking fishing trips to save enough money to purchase his own commercial fishing boat.

"I worked for a fisherman named Kirk Larsen and ran a couple of his boats," Smith recalls. "I worked relentlessly for 15 years for him. We went at it pretty hard and always got a trip in regardless of the weather."

In 2002, Smith achieved his goal with the purchase of the 1978 commercial fishing vessel, which he aptly named Relentless. After 43 years fishing off the U.S. East Coast, Relentless certainly had earned its name. Built in Panama City, Florida, the vessel has worked in various fisheries. Today, it spends most of its days harvesting scallops from the cold, crisp waters off the coast of New Jersey and Massachusetts.

Fishing in the Mid-Atlantic is very challenging, relates Smith. Sometimes he and his seven-man crew run 648 kilometers (350 nautical miles) offshore. "We work in all kinds of weather. It's a very dangerous job. We try to sidestep the bad weather, but sometimes you're there and you just keep on going. You've got to be on your toes all the time to make sure the crew's safe."

Smith says Relentless features a well-designed, heavy-duty hull, built of heavy-plated ½-inch steel. "We keep up with the hull and it's in very good shape. Yet rust is the eternal enemy," says Smith. "You've got to maintain it, and we replace anything that gets rusty. Staying floating is important"

Relentless underwent a hull repair at Garpo Marine Services on New York's Staten Island in early 2020 when Smith decided that the aging 2-stroke engine that powers the hydraulic system needed replacing. "We had some steel that was getting thin on the bow and required repairs," explains Smith. "We cut a large hole in the hull and determined that was the best time to swap engines." 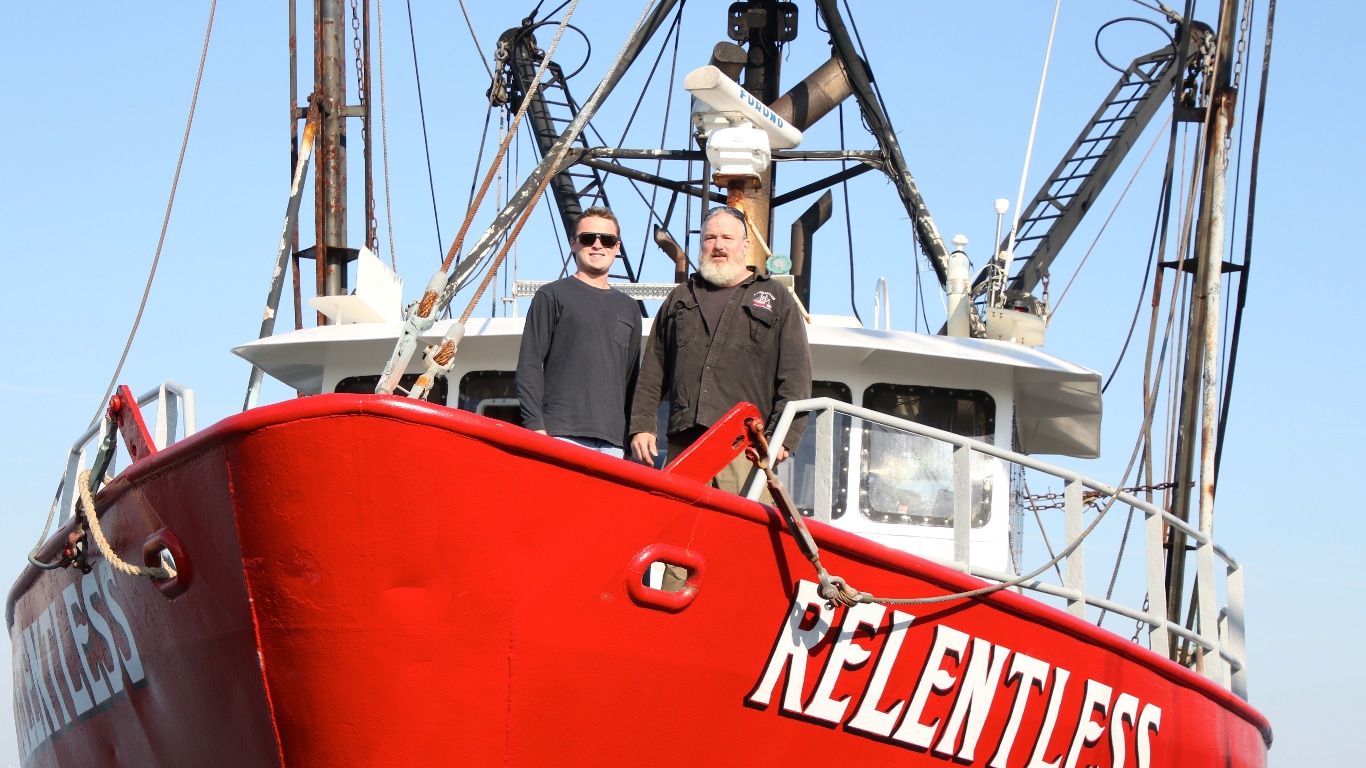 To power the hydraulics, Smith chose a 242-kW (325-hp) PowerTech™ 6090SFM85, which he purchased from his local John Deere dealer, Ocean Power. After the hole was cut into the hull, Smith worked with Garpo Marine's crew to remove the old engine and forklift the new John Deere marine engine in. "It was a big job, but the repower went very smoothly," recalls Smith. "Ocean Power performed the finishing work on the engine, including running the cooling and fuel lines. They did a good job"

The 9.0L engine supplies power to the vessel's two Pullmaster H30 main winches that spool the 14-foot dredges in and out of the boat. "The dredges can weigh 10,000 pounds (4,536 kilograms) each when full of scallops, rocks, and mud," says Smith. "The marine engine has good torque to handle the load. Plus, the engine's high-pressure common rail fuel-injection system makes the engine fuel-efficient. When the dredges are being hauled in and out of the water, the John Deere engine averages 5.5 gallons (20.8 liters) per hour running at 1950 rpm."

Smith says engine reliability is paramount, especially since the scalloping seasons are short. "We only have 24 open-bottom days where there's no weight limit. We have to really make it count. No room for error. Our machinery has to be reliable."

Smith likes the assurance of knowing there are John Deere marine dealers along the East Coast that can supply parts and service. “We do a lot of our own work, but if there's anything major, we like knowing we can turn to a John Deere mechanic," he says. "Dealer backing is important."

Even Smith's previous boss has turned to John Deere power.  "He installed John Deere 9.0L engines in a couple of new boats in Fair Haven, Massachusetts, and has had good luck with them," relates Smith.

Smith expects the same solid performance from his new John Deere engine. "Our generator set with the 4039DFM ran more than 75,000 hours before it was rebuilt," says Smith. "If the 6090 engine can treat us that well, we'll be doing alright."

Our generator set with the 4039DFM ran more than 75,000 hours before it was rebuilt. If the 6090 engine can treat us that well, we’ll be doing alright.