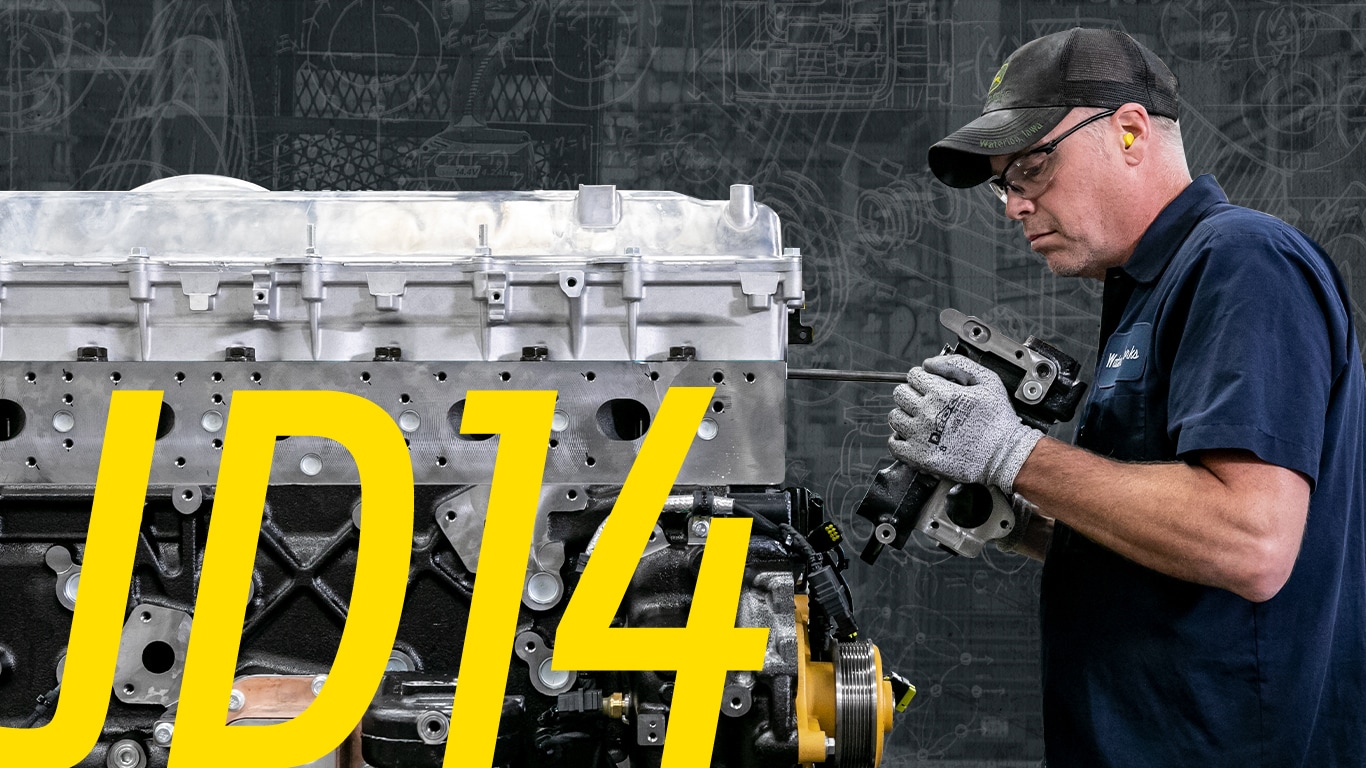 Some of the most cutting-edge technologies are developed for the most traditional, long-standing trades. Farming. Construction. Development. As demands on these industries grow (expanding population, increasing food consumption, expanding cities) and regulations settle, the industries we serve are pushed to do more with less, more than ever before.

The only way to drive productivity is through innovation. As we’ve done through decades of technological advancement, John Deere Power Systems leads the way.

With a majority of new emissions regulations behind us, engine development will no longer be driven primarily by the need to meet these requirements.

It's not technology for technology's sake. It's about meeting the needs of the customers and streamlining tried and true solutions.

The John Deere track record of technological innovations puts the company in a position to anticipate, respond, and outpace the industry by offering cutting-edge solutions. All of which are designed with you, the customer, in mind.

The first in a new generation

Before the Smart Industrial Strategy went public, John Deere Power Systems was already hard at work behind the scenes making this vision a reality.

The first in a planned refresh of the diesel engine product line, the JD14 engine was created specifically to meet customers’ needs for increased reliability, durability, and serviceability. Engineers were able to surpass expectations by taking additional time in the development phase, analyzing subsystems in parallel with overall engine needs.

Following a clean-sheet design process, the JD14 engine was designed with more computer-model-based development than past John Deere engines, resulting in more virtual versus test cell time. This led to an engine prototype that was close to the finished product, cutting down engineering time and streamlining time to market.

Early CAD work completed during the design process directly improved the serviceability of the engine. The development team would essentially install CAD models of the engine into various machines to test its integration and overall design before any components were made. In addition, the engineering team worked closely with the service department, even 3D printing a full-size plastic engine model to perform various service trials.

This engine design approach resulted in a final product that was lighter, smaller, and more powerful than its predecessor. Advanced modeling allows engineers to define and optimize engine subsystems to achieve performance requirements before creating hardware and building the combustion system.

Rather than being designed with the primary goal of meeting new emissions standards, the next generation of engines will be engineered to reach new levels of efficiency and productivity. This shift will allow manufacturers to leverage their experience to refine the technologies developed over the years in new ways — optimizing off-highway engine development overall.

With this in mind, improvements in engine package size, reducing overall engine weight, and integrating new generations of electronic control systems — which will offer new and greater capabilities — will be a focus in the foreseeable future.

Streamlined development will also pave the way for parallel innovations. These include continued investments in electronic control units, allowing engines to become smarter and more capable. Telematics, remote diagnostics, and prognostic capabilities of those systems will also continue to expand.

Whether it's starting from scratch or optimizing existing solutions, John Deere is committed to offering its customers the best power solutions for their specific application needs.

JD18: The latest in a generation

The new JD18 engine was developed using much of the same engineering and technological advancements made with the JD14.