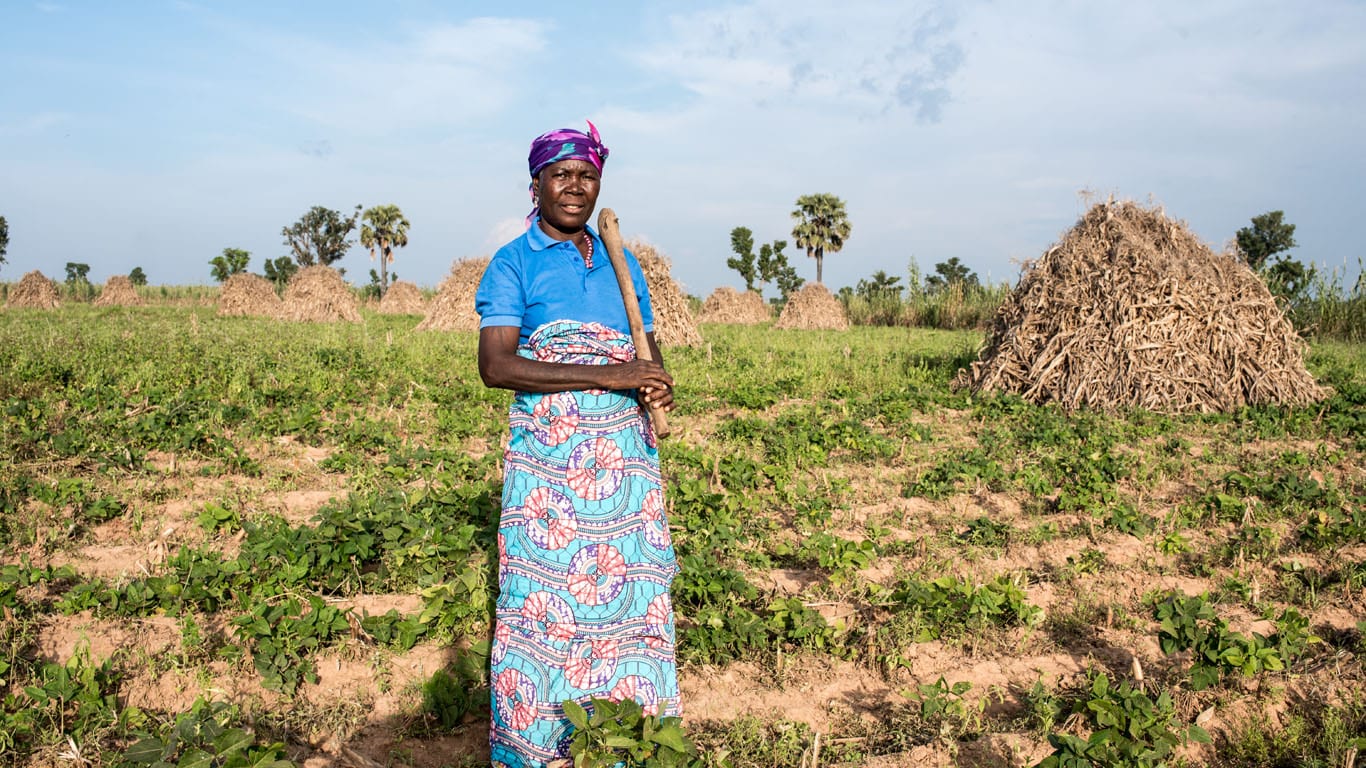 When measuring the impact of Rayuwa on Nigeria's farm families, you must look beyond the impressive numbers and appreciate the level of trust the project has built in these rural communities.

"I feel safe with the Rayuwa team, even in these challenging times," said Rahila Sama'ila, who has been farming for 40 years. "They are honest people and keep their promises."

But that trust wasn't there initially. Rayuwa, which means "life" and "livelihood" in Hausa, is the name of John Deere's project with PYXERA Global to unlock the world-changing potential of Nigeria's smallholder farmers.

"When Rayuwa first came to our village, my neighbors and I doubted their intentions because of all the disappointments we had suffered in the past from the other projects and organizations that have offered to help," Sama'ila said.

"My yields increased 20 percent," she said.

"By combining agricultural training and youth education, Rayuwa does something unique — it invests simultaneously in the farmers of today and tomorrow," Clark said.

In December 2020, Rayuwa celebrated the results of its inaugural year of working with 2,500 smallholder farmers and 4,000 youth in 11 villages in northern Nigeria.

"In the face of enormous challenges posed by COVID-19 and its harrowing impact on many in Nigeria and throughout Africa, Rayuwa's farmers and youth thrived" Clark said.

Thanks to the success of Rayuwa, John Deere was named a winner in Fast Company magazine's 2021 World Changing Ideas Awards in the category of Corporate Social Responsibility. The project was selected from thousands of nominations.

"In every measure, this award is a testament to the skill, ingenuity and resilience of Rayuwa's farm families and the exceptional Rayuwa staff," Clark said. "They have changed the world, and we at John Deere are privileged to serve them."