Elected to Deere & Company Board of Directors, 2013
Retired Chairman and CEO, Cargill, Incorporated 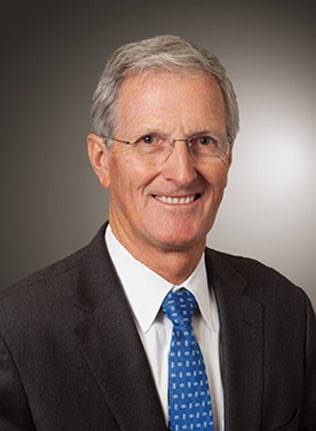 Page joined Cargill in 1974 as a trainee assigned to the Feed Division. Over the years, he held a number of positions in the United States and Singapore. Page worked with the start-up of a poultry processing operation in Thailand, the beef and pork processing operations of Cargill's Excel subsidiary in Wichita, Kansas, and the Financial Markets Group in Minneapolis.

Page serves as a member of the board of directors of Eaton Corporation and 3M. He is non-executive Chairman of the Board of Corteva Agriscience. He is past-chair of the board of Big Brothers Big Sisters of America, past president of the Northern Star Council of the Boy Scouts of America and continues to serve on both boards as well as the board of Alight (formerly known as the American Refugee Committee).

Page received a bachelor's degree in economics from the University of North Dakota. He was born in Bottineau, N.D.